Retro consoles might be the trend in gaming these days but they hardly the only ones in that line of business. Going by a different name, car enthusiasts have been creating modified restored classics for ages. PC maker ORIGIN is taking a page out of that book, not to mention the name, with a new limited edition gimmick for old-school PC lovers. The RestoMod PC, however, is pretty much a powerful modern desktop that looks old only on the front and not in a very exciting way at that.

Those old enough will probably fondly remember the desktop computers of the 90s, sporting towers that had levers and buttons that would seem almost alien to today’s computer users. ORIGIN is trying to capitalize on that nostalgia, just as many retro consoles and arcades have in the past years, with what it has basically named a RestoMod for computers. Unlike an actual RestoMod, however, there are no old parts that have been restored.

ORIGIN accurately describes it as a “custom non-functional 90’s inspired HD UV print design on the steel front panel.” In other words, it would be the same as if you printed some skin and stuck it on the front of a desktop tower. Granted, the rest of the chassis has been designed and painted to match the beige towers of yesteryears but that’s pretty much it.

Fortunately, the insides of the RestoMod PC aren’t as fake as its facade and buyers can choose from a selection of modern components. Those range from AMD Ryzen 5000 processor to NVIDIA GeForce RTX 30 graphics card, earning it a place among the powerful gaming PCs of this year. You even have a transparent panel to give you a glimpse of how futuristic it is inside while looking old and fake on the outside. 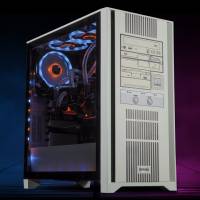 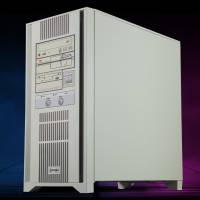 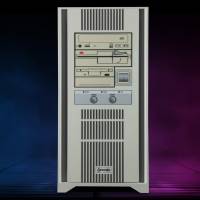 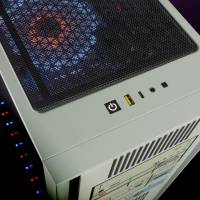 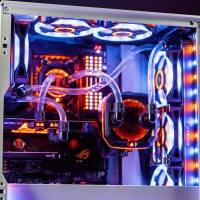 The ORIGIN RetroMod PC starts at around $2,000 and only 50 such computers will be made. While that does give it an air of luxury and exclusivity, it almost feels like ORIGIN didn’t want to take the extra steps to actually recreate at least the feel of what made these classics a novelty today.