It should come as no great surprise – and you could probably make one yourself using a scrap of plastic – but Orange UK has confirmed that, with each iPhone 4 microSIM they supply, they’ll also be throwing in an adapter that converts it to the more commonly used miniSIM size.  The adapter basically means that you can take your iPhone 4 microSIM and use it in another, SIM-unlocked handset, handy if you’re headed out to somewhere you wouldn’t want to risk your new Apple toy.

Updated with O2 news after the cut

If you’re not going with Orange – though we expect the other carriers to offer the iPhone 4 will follow in their footsteps and bundle an adapter – or you want to use an existing SIM with the new handset, there are numerous guides online.  Meanwhile Expansys are selling an adapter plus a cutting tool for £5.49.

Update: CoolSmartphones‘ Dan has seemingly acquired some similar adapters from O2, so we’re guessing Orange won’t be the only carrier supplying them to new iPhone 4 microSIM users. 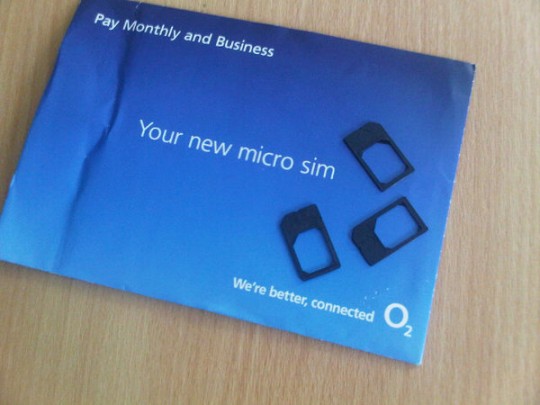