It seems that OPPO is on a roll, showing off concepts for future phones both actual and still imagined. Even as the year comes to a close, the smartphone maker is still not done with the teasers, at least unofficially. Although still unconfirmed, there are whispers about yet another unorthodox phone form factor, this time in taking aim at the clamshell design with a phone that can shrink down to a small square by rolling its screen instead of folding in half.

This would be OPPO’s first phone with a rollable display, of course. In fact, it just showed off the OPPO X1 2021 concept phone last month that rolled the screen to one side to transform a phone into a tablet and vice versa. While that seems to take aim at the Galaxy Z Fold, this concept phone reported by LetsGoDigital seems to be going after the Galaxy Z Flip and Motorola Razr.

Instead of a clamshell form factor, though, the OPPO X Tom Ford will apparently slide in and out to extend the screen from a square to a regular but tall phone shape. Like the OPPO X1 2021, this could have benefits over foldable displays because of putting less stress on the fragile flexible panel. 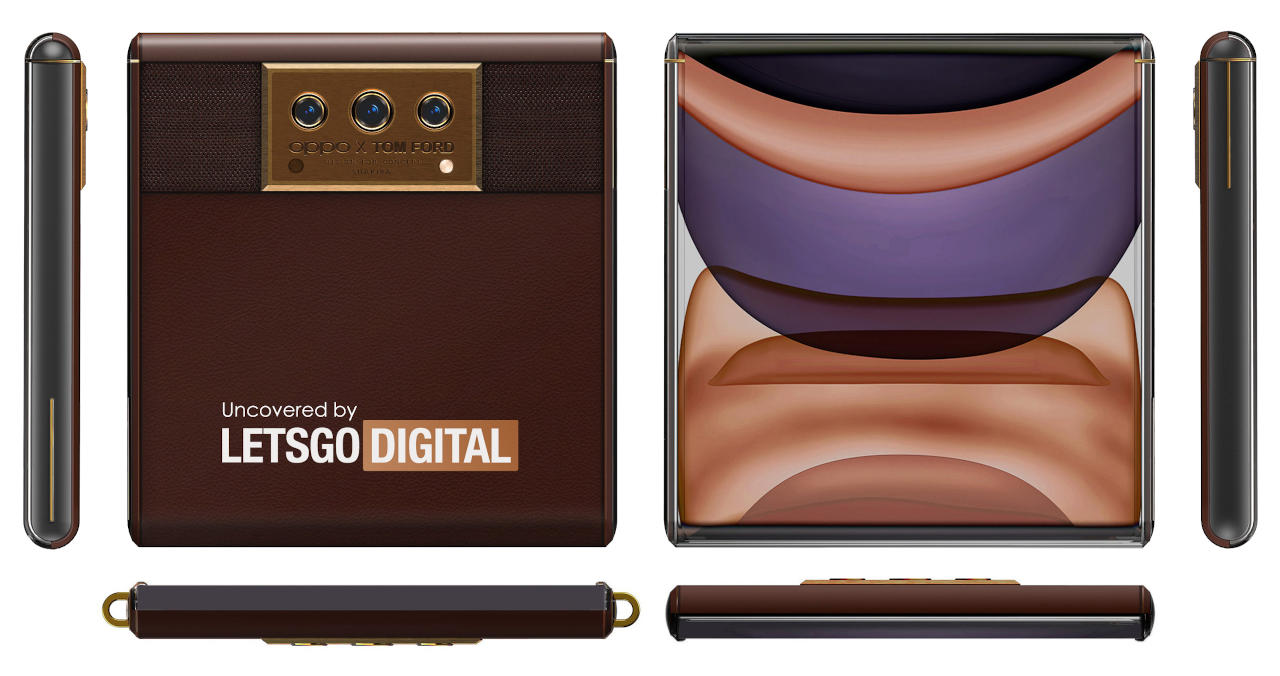 Named after a famed fashion designer, the OPPO X Tom Ford bears a lot of features that point to its luxurious purpose. From the textured back which may be using vegan leather to gold accents at the sides and the on the camera bump, the phone seems to be made to be noticed and flaunted. The gold tabs on each side that can be used to string a necklace pretty much confirm that.

There are still some questions left unanswered with this design, especially the location of the front-facing camera. Of course, the biggest unknown is whether this phone will be made available at all as a commercial product. Given OPPO’s stance on rollable phones in general, that might be unlikely.