Although it isn’t exactly its first wearable, the OnePlus Watch is the company’s first dip into the smartwatch pool. Not all first tries come out perfectly, however, and the OnePlus Watch seems to have disappointed many reviewers. Fortunately, most of those criticisms can be addressed with software updates, but some found the hardware to also be mediocre or common. iFixit takes the OnePlus Watch through its usual teardown process, and, fortunately, it was uneventful in a good way.

Although we use smartphones a lot, smartwatches are more exposed to the outside world by virtue of being, well, watches. Even with significantly lower price tags than phones, being repairable is still just as important for wearables. That repair process starts with a teardown, of course, and the OnePlus Watch at least makes most of it easy.

There is almost no adhesive used to keep the smartwatch together, save for the usual battery. Simple screws are used to keep most parts, including the back half, in place, but two types of screws are used instead of one. There are some cables and brackets that connect the pieces, though, and they are more tedious and fragile in smartwatches than in larger smartphones.

The battery is, unfortunately, glued in place, but it isn’t that difficult to remove. The same can be said of the display, which unsurprisingly uses some adhesive but is no problem in experienced hands. That said, the trickiest part is sensor flex assembly, which iFixit says can’t be removed without damaging anything beyond repair. 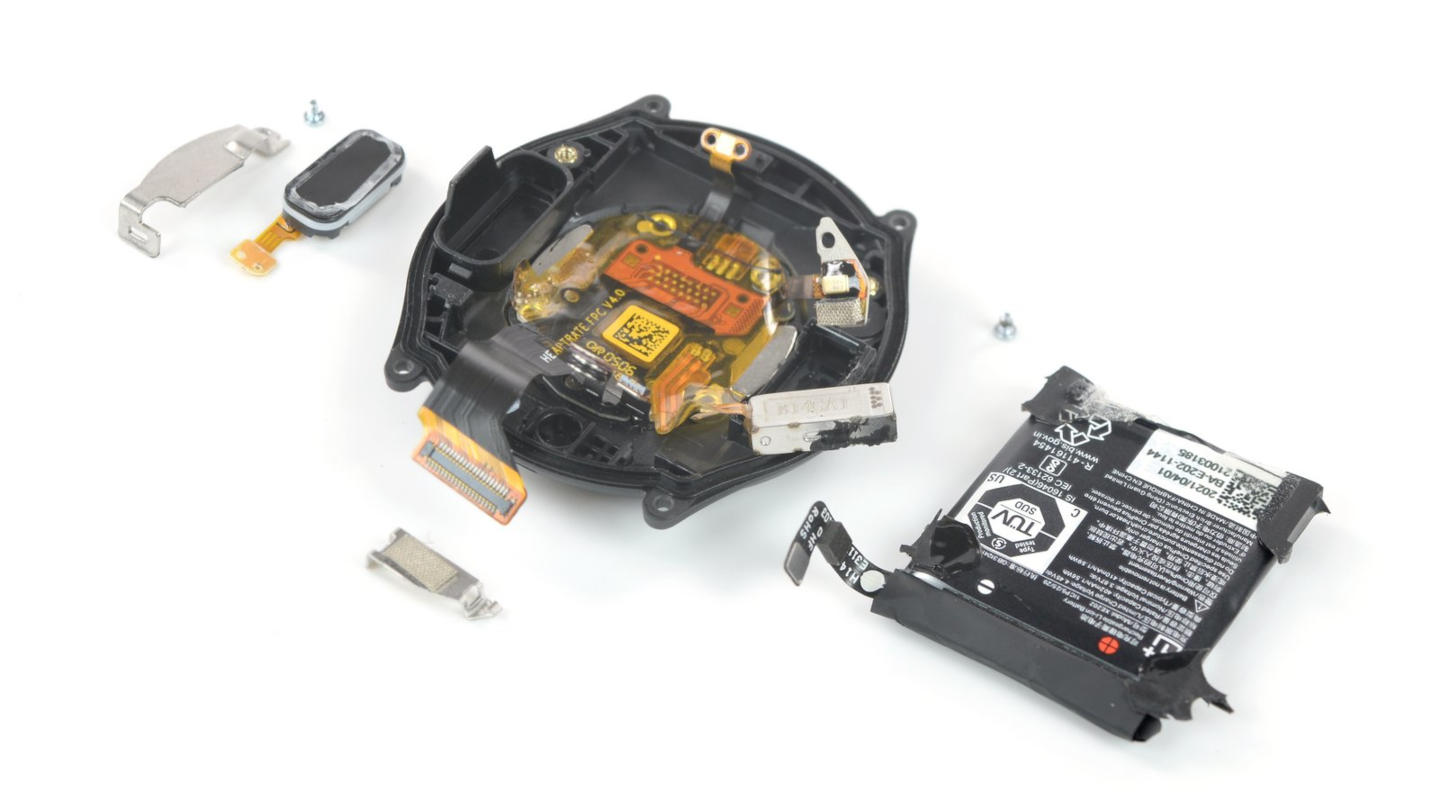 The DIY repair specialists give the OnePlus Watch a 5 out of 10, making it relatively easy to repair but, ironically, still harder than the Apple Watch Series 6. The components inside are just as you’d expect for something that “Just Works,” but it could be a disappointment for those hoping that OnePlus would have something better, or at least different.