A recent update to the basic OnePlus camera app build in combination with a comment from a Gcam developer makes us believe OnePlus is making big moves in the camera app space. On one hand, it would appear that OnePlus is about to release camera software with features like Focus Peaking, Moon mode, Tilt-shift, and other features on which they’ve not really been focused in the past. On the other hand, a Gcam developer suggests that OnePlus recently moved away from supporting 3rd-party camera apps.

OnePlus released Android 11-based OxygenOS Open Beta software for OnePlus 7 and OnePlus 7T last week. In this build, as noted by XDA Developers, a new version of the OnePlus Camera app included a bunch of code that wasn’t quite activated – but appeared quite interesting nonetheless.

In the mix were several features we’d not yet seen before. One was Tilt-shift mode – that feature where you can take a photo of a city from above and false-focus in a way that makes the viewer feel like they’re looking at a miniature universe.

With Tilt-shift mode, the user will be able to select the location of the non-blurred bit of the photo, adjust the scope, change the angle, adjust said angles, and adjust the intensity of the blur. You might recognize all of this as a slightly more intense version of what’s available in post-processing apps like Instagram… but here it is in the OnePlus camera app. 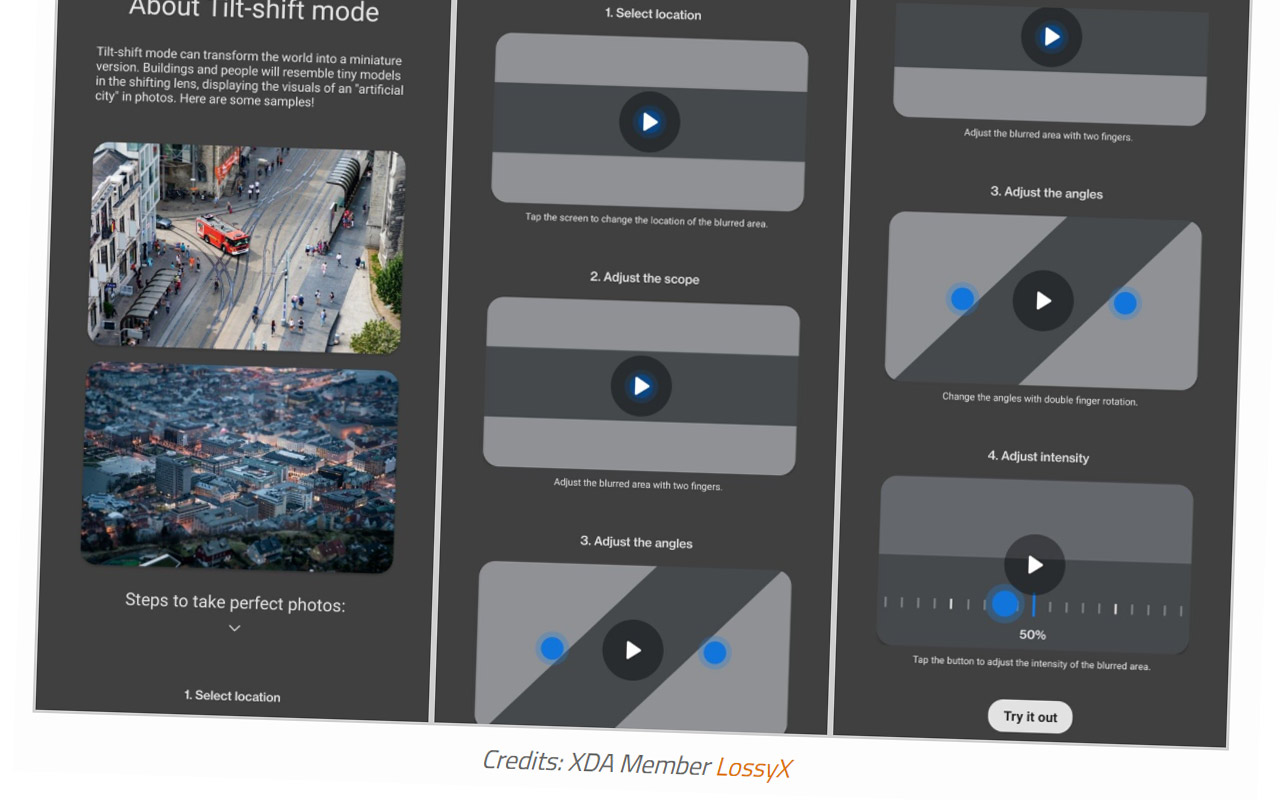 Starburst changes the way an exceedingly bright light source is displayed in a photo. Focus peaking highlights the bits of a photo that are about to be captured in-focus.

At the same time, one key developer just released a comment on the brand, saying “I no longer recommend OnePlus.” Per this developer, “on top of the auxiliary cameras limitation, OnePlus also blocks access to the full sensor resolution. Your phone might have a 48MP, but you can only use 12MP with 3rd party cameras.”

This same developer noted that this limitation is not exclusive to OnePlus, and that brands like “Xiaomi, Samsung, Realme, etc, do the same at least on some of their phones.”

It’s entirely likely OnePlus is preparing to release their next set of phones with emphasis on the unique features not otherwise available on other devices. We shall see!