While it was probably a fun tradition in the past, and might still be for a few, April Fools Day has become a mixed bag, especially when it comes to the Internet and news. Company’s in the West, or at least those who are mindful of their Western and international audiences, have come to learn to refrain from making serious announcements on the day when people are less likely to take things seriously. And yet, once again defying convention, OnePlus is launching its new product right on April 1, its not so secret DR-1 drone.

OnePlus has been teasing its new product as a “Game Changer”, leading people to equate it with some gaming product. The company’s top brass later on not so subtly hinted that it would, instead, be a drone, implying that the DR-1 would be the “drone killer” the way that the OnePlus One was the “flagship killer”, proving how to do smartphones right, without bumping up the price tag to high heavens. 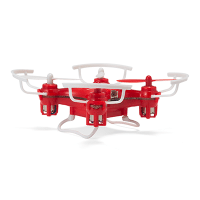 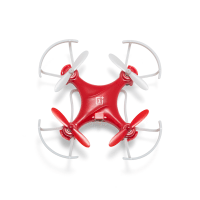 If you were expecting that with the DR-1 and saw the actual product announcement, we wouldn’t blame you if you presumed that this was only an April Fools prelude or, at the very least, a cruel joke that has been seeded for almost a month. Truth be told, the DR-1 is pretty much a mini-drone like no other, one that doesn’t even have a VGA camera in order to keep things light, which OnePlus claims, jokingly or not, to aid in helping the flight of the drone. The frame itself only measures 70 mm x 28 mm, smaller than the OnePlus One itself. And if you were thinking of some smartphone integration with the OnePlus One, again you would walk away disappointed. The DR-1 is controlled by a regular dual-stick controller. 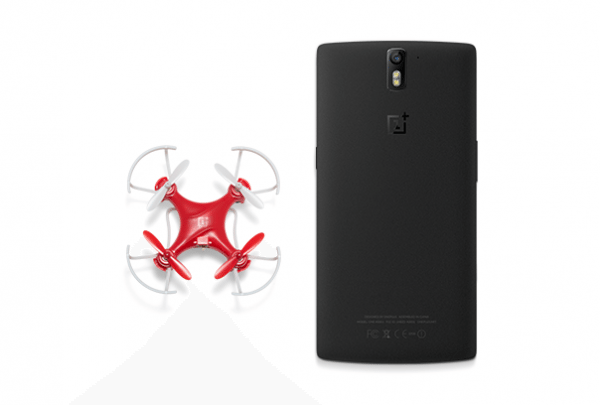 As far as capabilities go, the DR-1 has a 6-axis gyro and four independent rotors to give it its lift. The drone only lasts 5 to 8 minutes in flight, but thanks to the same QuickCharge technology, you can charge it to full in just 20 minutes. And it comes with a red and white color scheme that displays the company’s official brand in the sky. 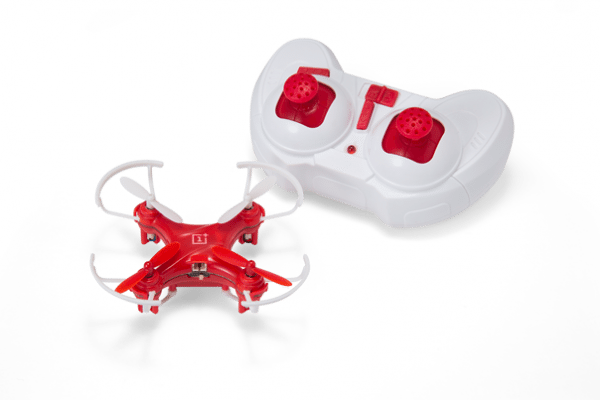 OnePlus notes that the DR-1 is a limited edition product so you best try to grab one now if this in any way interests you. Luckily, OnePlus isn’t asking much for it. The DR-1 sells the drone on its web store for only $19.99.