OnePlus after Cyanogen — Oxygen, and lots of Paranoid Android

In the wake of their odd breakup (or separation, or maybe they’re taking a break, who really knows) with Cyanogen, OnePlus announced they’d come to market with their own operating system. Quickly dubbed Oxygen OS, we were promised more details at a later date. Today is the day for more details, so what are we getting? A look at Oxygen OS’ logo, and a brief introduction to the team building it. If you were wondering how OnePlus was going to answer Cyanogen’s work on their hardware, the answer is Paranoid Android.

If you’re not exactly sure what Paranoid Android is, they’re like the Yin to CyanogenMod’s Yang. A bit quieter about their business, their Android-ish ROMs are equally impressive.

OnePlus says Oxygen OS will do what any solid Android ROM does and focus on battery life, efficiency, overall performance, and a clean user interface (and hopefully experience). OnePlus also says Oxygen OS won’t have bloatware, saying “we’re keeping it clean and streamlined for performance.” 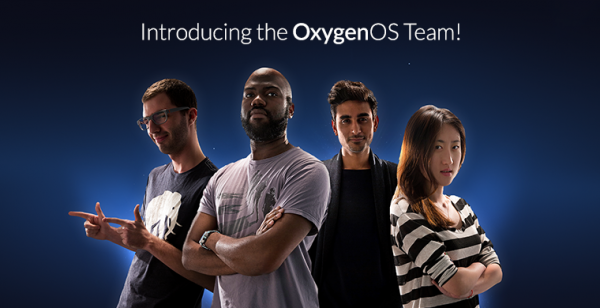 So enough with the who — when can we get Oxygen OS? Who knows. Right now, Oxygen OS is “currently in the testing phase”, and OnePlus says “we have to ensure that everything is solid and stable before making it available for download. We wouldn’t ask you to settle for anything less, and we appreciate your patience.”

If you were disappointed by Cyanogen taking their leave from OnePlus, we were right there with you. The team isn’t all Paranoid Android, but it does have quite a few Paranoid Android team members, so we’ll say that — at least on paper — this is a good followup for OnePlus. We just hope Oxygen OS delivers.