OnePlus is no stranger to tie-ins with brands and franchises but its latest limited edition probably takes the cake. Pretty much identical to a normal OnePlus 8T in terms of features and specs, this limited Cyberpunk 2077 Edition that was just announced in China steps up the game, no pun intended, when it comes to embracing the upcoming game’s aesthetic. For better or worse, however, that has resulted in a camera bump that doesn’t look futuristic at all, taking up even more space than any obnoxious camera module Samsung has ever made.

To be fair, the camera module does at least match the cyberpunk spirit of mixing the future with the past. Although the bump now takes up almost the full width of the phone’s back, the extra space is pretty much non-functional and is simply used to display the game’s name. It would have been nice if OnePlus actually put LEDs behind that logo.

The rest of the phone’s back is composed of what looks like OnePlus’ old Sandstone design, yellow accents along the edges, and another chunk of black at the bottom with the Cyberpunk name. It’s quite surprising that OnePlus would basically change the shape of its back just for this game tie-in, which means that it will be incompatible with many accessories designed specifically to fit the OnePlus 8T. Then again, you wouldn’t want to put a case on this anyway.

The front of the phone bears no changes and users will have to resort to the special HydrogenOS themes made especially for this Cyberpunk 2077 Limited Edition run. Even the charger and USB cable are your normal OnePlus accessories, save for the game’s name labeled on the power brick. 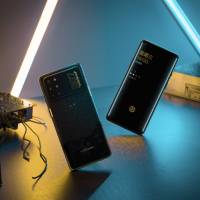 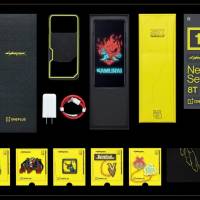 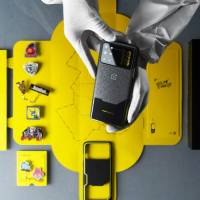 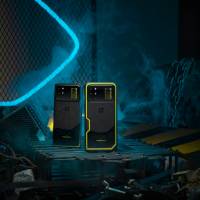 The OnePlus 8T Cyberpunk Edition retails in China for 3,999 RMB, roughly $598, just a little more expensive than the standard model with 12GB of RAM and 256GB of storage. This themed phone, besides being limited in numbers, is limited to China as well, leaving Cyberpunk fans in other markets out in the cold.