It might no longer be named after a dessert but owners of OnePlus’ older phones are surely getting a sweet treat. Although already beyond the customary two-year support period, the OnePlus 5 and OnePlus 5T have been promised to get one more gift before they reach EOL. That gift is finally arriving in the midst of these uncertain times with the surprisingly quiet rollout of OxygenOS 10 stable to these phones.

OnePlus actually dropped the good news last October when it revealed its schedule for rolling out Android 10 to its phones. Despite having been launched in 2017, it listed the OnePlus 5 and OnePlus 5T as one of those beneficiaries. At that time, OnePlus put a second quarter 2020 date to its delivery. As it turns out, we’re already in the second quarter of 2020.

OnePlus hasn’t made the official announcement yet, probably because it’s preparing to make a big splash. Someone from the community forums, however, posted a screenshot showing the stable update available for download. It also shows the nearly 1.9GB download size so best to prepare for when it officially arrives. 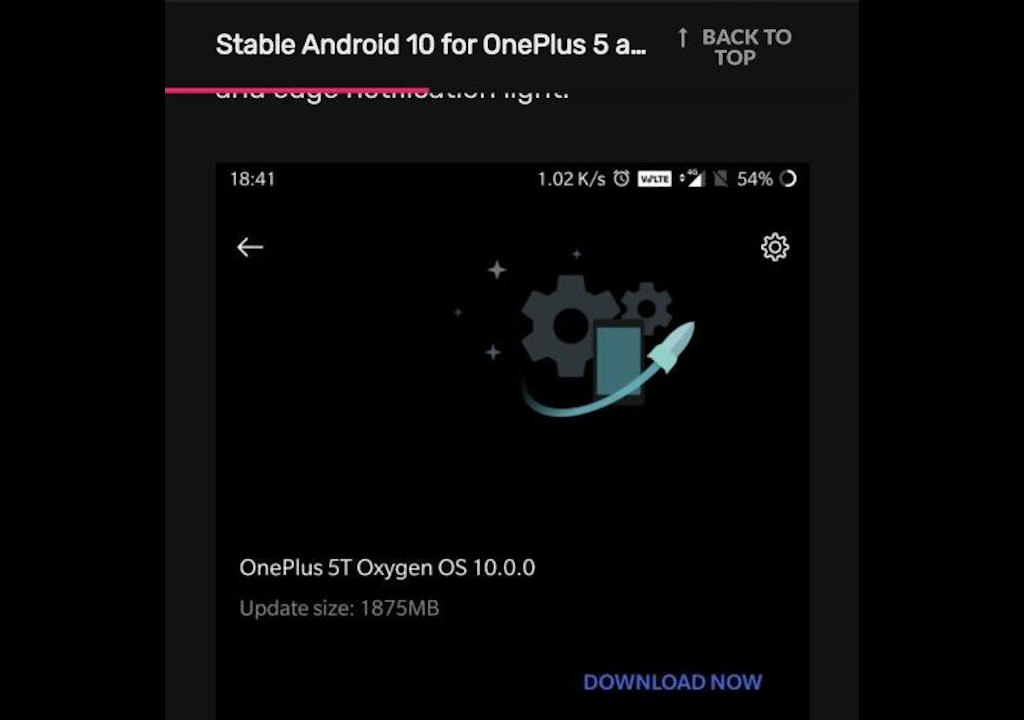 That large update includes, of course, Android 10 and everything it brings, from new security features to full screen navigation. Naturally, OnePlus is also bringing in some of its own custom features, like the new Game Space experience, icon shape chooser, and updates to its camera app.

OnePlus definitely deserves some praise for taking a road less taken when it comes to updating devices older than two years. More than just bringing fancy new features, it not only ensures that these phones are not arbitrarily made obsolete but that they are also protected against the latest security vulnerabilities.