With the launch of the OnePlus 5T, you might think that OnePlus could call it a day and declare 2017 over, right? Absolutely not. While the hardware story for 2017 is definitely finished, the software story is far from done. Especially considering the OnePlus 5T didn’t even launch with Android 8.0 Oreo. But even before the latest and greatest could get its cookie treats, last year’s OnePlus 3 and 3T are first in line. Fortunately, the Oreo beta train is still running at full speed.

Both the OnePlus 3 and OnePlus 3T just recently got their latest OxygenOS beta builds, the 27th and 18th, respectively. Much of the biggest changes have already happened in the previous builds, so these latest releases focus more on ironing out the kinks. Those include patching in the October 2017 security update, which means that the beta might be missing the critical KRACK patch that was rolled out to the stable builds.

That said, not all bugs have been fixed yet. In fact, the beta even introduces at least one known bug that randomly hides some of the user interface text from time to time. The good news is that OnePlus itself admitted its existence so a fix will hopefully be around the corner. 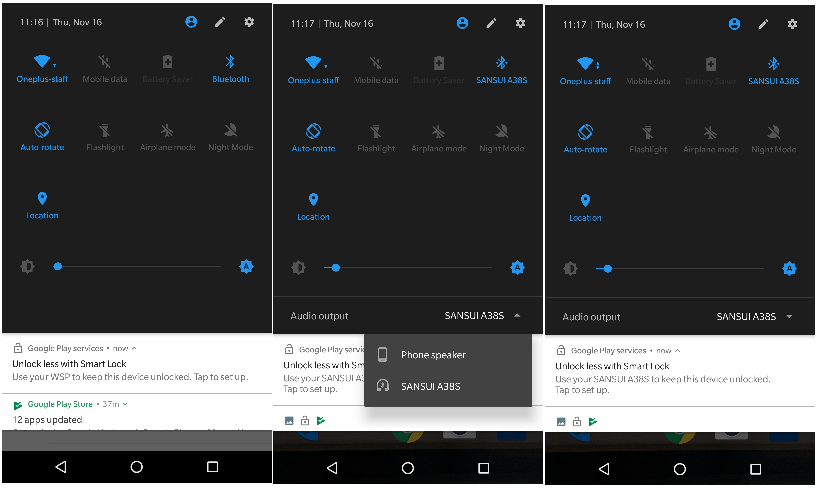 The biggest question, however, is when will the beta end and the stable release begin. Despite the high number, the Open Beta program only started with Oreo just last month, with build 25 and 16 for the OnePlus 3 and 3T, respectively. OnePlus explains that it prefers to let the builds cook for a bit longer rather than have a rushed rollout. Given the recent complaints about phones that shipped with less than stellar settings, OnePlus might be wise in taking its time.

Hopefully not too much time, though. The OnePlus 5 has been in the market for quite a while and has yet to have its first Oreo beta. Never mind the OnePlus 5T, which only launched less than 24 hours ago. OnePlus says that both devices will have their betas before the year is over, but still leaves the open the question of when the final release will be in 2018.