GPD just launched pre-orders for its gigantic WIN Max whose size was dictated by the need for both a decent keyboard as well as gamepad controls on one device. Competitor One Netbook, however, has apparently decided to take a different approach to the same problem. It has no revealed that is One GX will indeed have detachable controllers like the Nintendo Switch but this confirmation only raises more questions that will hopefully be answered next week.

Leaving out the possibility of a lawsuit from Nintendo, the durability and design of these add-ons can’t really be confirmed by just a few static pictures. These controllers will have to be sturdy enough to hold up the device, though there is a possibility that the controllers would have a telescopic base the One GX could rest on. 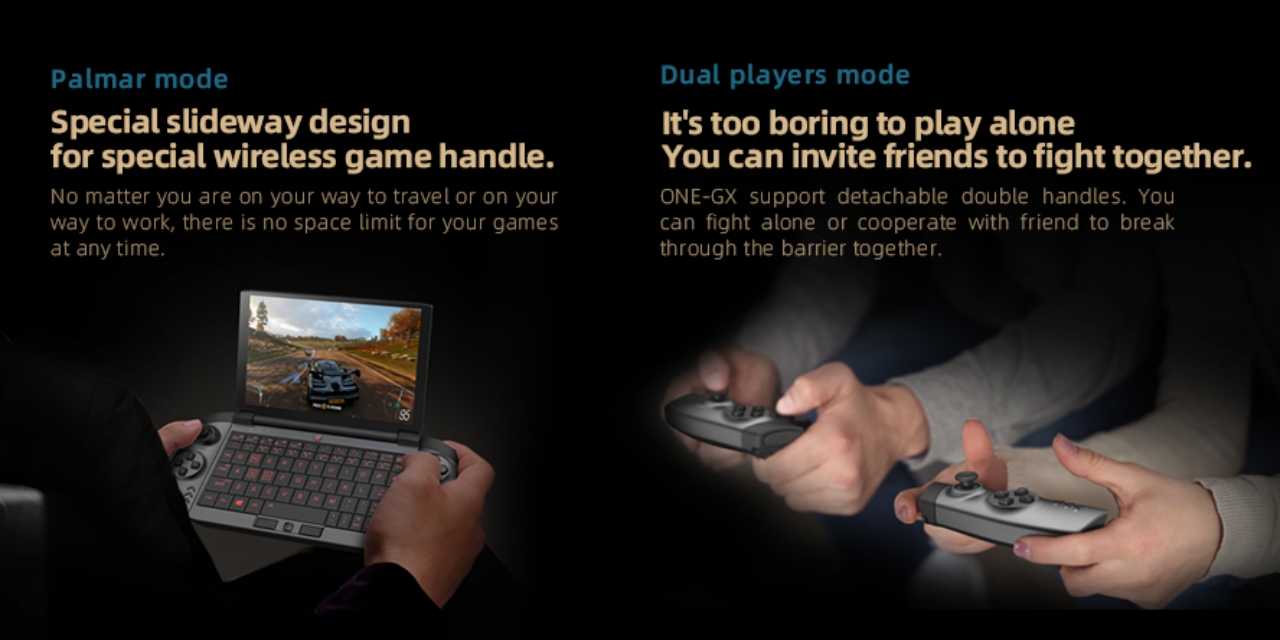 More curious and more questionable, though, is the indication that the two sides of the controller could be used independently, exactly like the Nintendo Joy-cons. Legalities aside, again, there are probably very few PC games outside of emulators where this two-player setup would be useful at all.

The detachable controllers do leave more space for the keyboard, which would already be cramped in a 7-inch laptop. One Netbook puts emphasis on the WASD-friendly layout of the keyboard to support games that require keyboard and mouse input. Whether the rest of the keys will be just as usable, however, only a hands-on will be able to tell. 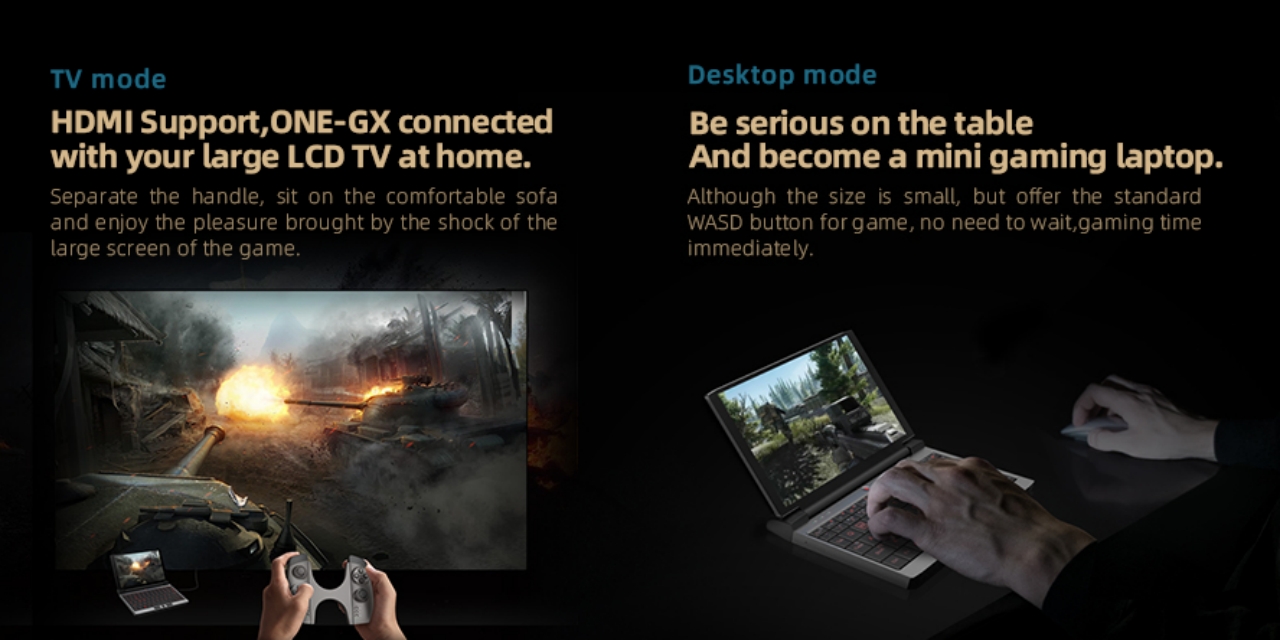 The One GX 7-inch 5G gaming handheld PC has also been leaked to have rather ambitious specs, including a Tiger Lake processor that hasn’t even been officially launched yet. That said, the Chinese manufacturer is expected to reveal something on May 30 that could at least answer some of those remaining questions, including how much this pocket-sized gaming computer would cost.