Olympus has made an announcement that talks about its roadmap for new digital lenses in the future. The updated M.Zuiko Digital lens roadmap outlines plans to expand the lens lineup. The roadmap also includes an update on the anticipated availability for the previously announced M.Zukio Digital ED 150-400mm F4.5 TC1.25x IS PRO super-telephoto zoom lens with an integrated 1.25x tele-converter. The development of that lens was announced in January 2019 and is currently estimated to launch this winter.

It’s the first lens that features a built-in 1.25x tele-converter to extend the maximum focal length to 1000mm. Olympus has also confirmed that a pair of new lenses, including the M.Zuiko Digital ED 8-25mm F4.0 PRO and an unnamed macro lens will join the line.

Olympus says that it intends to continue to enhance its lineup of lenses to maximize the “unrivaled system portability made possible by the compact, lightweight, high image quality of the Micro Four Thirds system.” Olympus will be adding a feature to make super-telephoto shooting more convenient and fulfill the growing needs of birding and wildlife photographers. 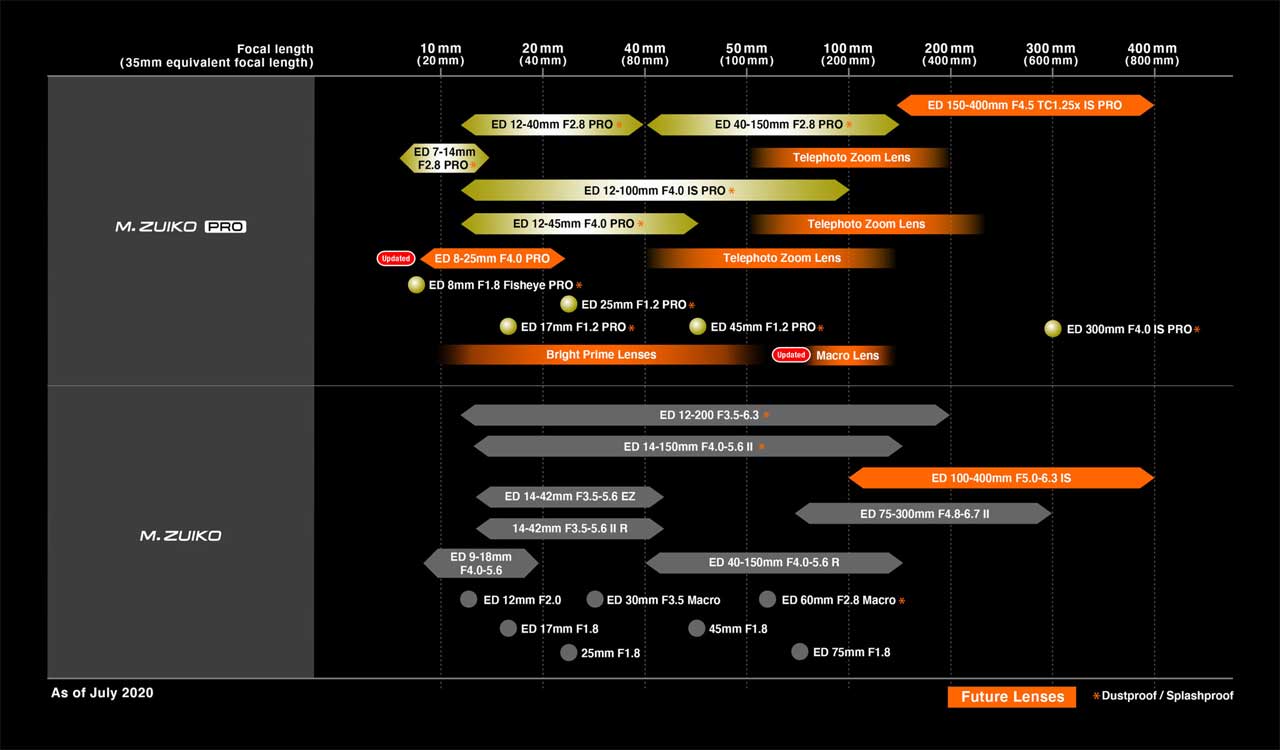 Development is underway to add a new Bird Detection capability to Olympus’Intelligent Subject Detection Autofocus on the OM-D E-M1X camera. The future will be added to the camera via a firmware update scheduled for release this winter.

Along with announcing this new feature and the updated lens roadmap, Olympus has also offered the final image of the 150-400mm lens. The image shows some of the controls that are available on the lens, including controls for autofocus or manual focus and image stabilization, among others.