OG iPhone prototype up for auction on eBay

Some fans would be willing to pay anything just to own a rare piece of history. That is exactly why there is no shortage of scams, which are only made so much easier thanks to the Internet. Now this new eBay auction may or may not be one but it definitely shows the extent some would go through just to get it. A seller with the handle 321dady is putting a prototype of the first-ever iPhone up for auction on eBay and it has just passed $31,000 as of this writing.

This isn’t one of the first commercially available iPhones launched in mid-2007. No, that would probably be too easy to get and wouldn’t attract much attention. It has to be an iPhone that was never revealed to the public and probably should have never left Cupertino or wherever it was hand-assembled.

According to the seller, this is one of the earliest prototypes of the OG iPhone, hand-made at Apple HQ instead of being assembled somewhere in China. That accounts for a lot of physical differences, like the heavier weight, the network band markings on the back, and more. It might not have been the very first, though, since it is marked as iPhone 1.1.1.

And then there’s the software. As a prototype for testing, this version supposedly has test to run different operating systems, including OS X. The late Steve Jobs did mention that the iPhone would run its desktop OS. Of course, that never happened, for better or worse. The iPhone’s interface is large and clunky, perhaps proving its nature. There are large icons, with some not making any sense. Like a box of Cheerios. 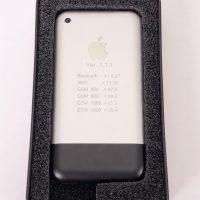 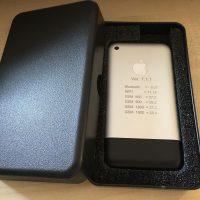 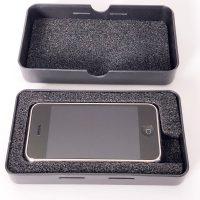 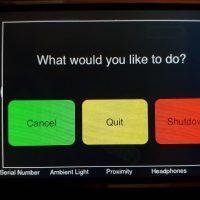 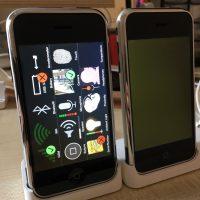 It’s not easy to judge the authenticity of this prototype, though some publications note how similar it looks to other verified prototypes. The uncertainty doesn’t matter to some people, judging by how much the price has gone up in just two or so days.