Today the folks at Anovos announced that they’ve begun production on a officially licensed life-sized replica helmet from “Star Wars The Mandalorian”. This is the same helmet that the main character wears in the first live-action Star Wars show, the show that’ll debut on the first Disney streaming service, Disney+ (Disney Plus, if you like). Before the show is even shown, the folks at Anovos are making a $650 helmet for the super fans.

This helmet is made using an original, official, screen-used helmet as a guide. Per Anovos: “To perfect our finishing process we painted our prototypes side-by-side with an original screen-used helmet which allowed us to instantly compare our paintwork directly to the original piece and make adjustments as needed.” 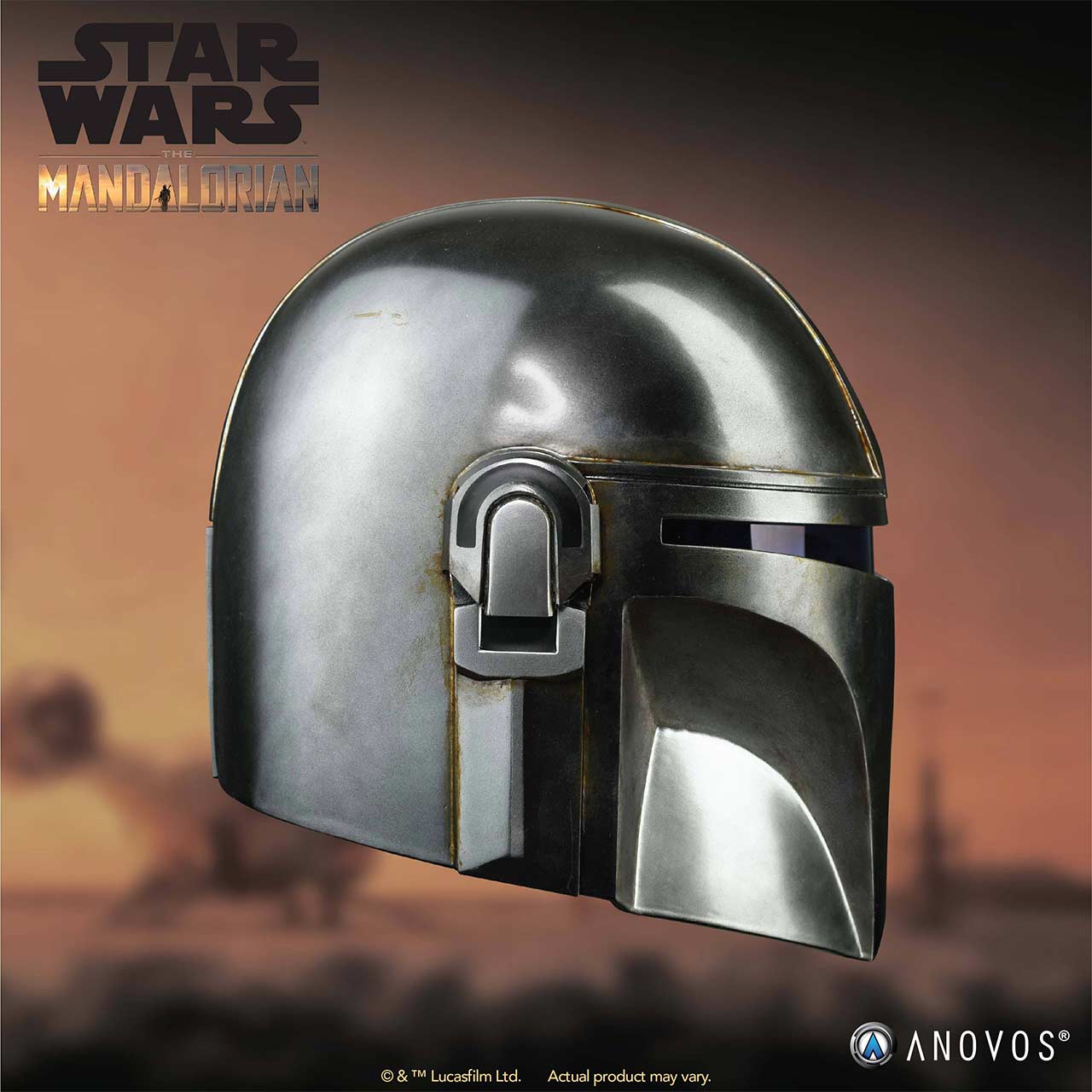 This helmet is similar to previously released helmet from Anovos – but here they had a new opportunity. This time, Anovos had some extreme access to screen-used helmets, with which they were able to capture 3D digital scans. They captured “the precise geometry, right down to 0.2 millimeters of accuracy, to create our exacting reproduction.” 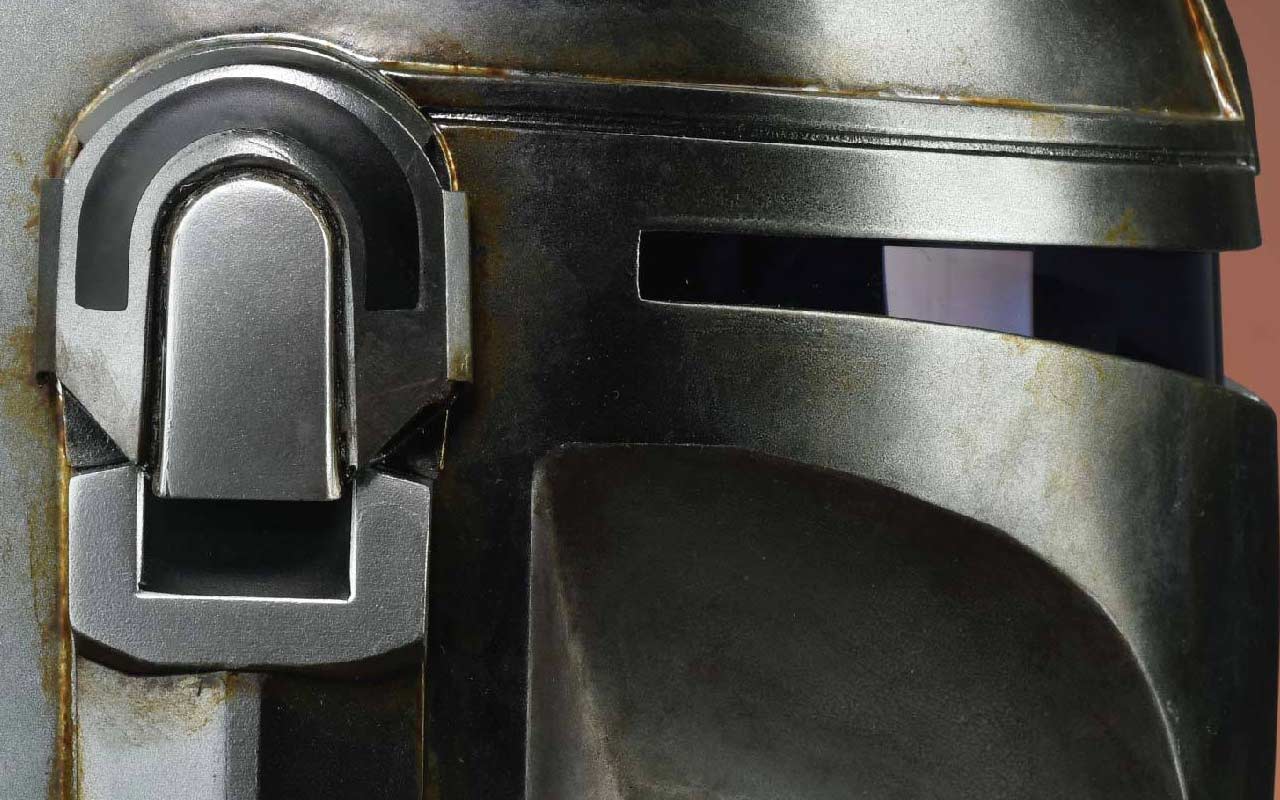 The helmet was manufactured – constructed – “hand-crafted” here in the United States, and is made to fit an adult head up to a size 8 US hat. This is the first item from Anovos to be made in their new USA-based manufacturing facility. “Because we own the manufacturing facility we can implement a more artisan ‘hands-on’ approach to the manufacturing process,” said an Anovos representative. “This allows for careful oversight of each product’s production cycle to help ensure your expectations of accuracy and quality are faithfully met.”

Because of the high-level process with which this helmet was made, it has a price that’s well and above what your average Star Wars moviegoer will probably be used to paying. Someone whose primary Star Wars purchase is a movie ticket or a $10 action figure doesn’t generally consider spending $650 on a single piece of Star Wars merchandise – but this is different. 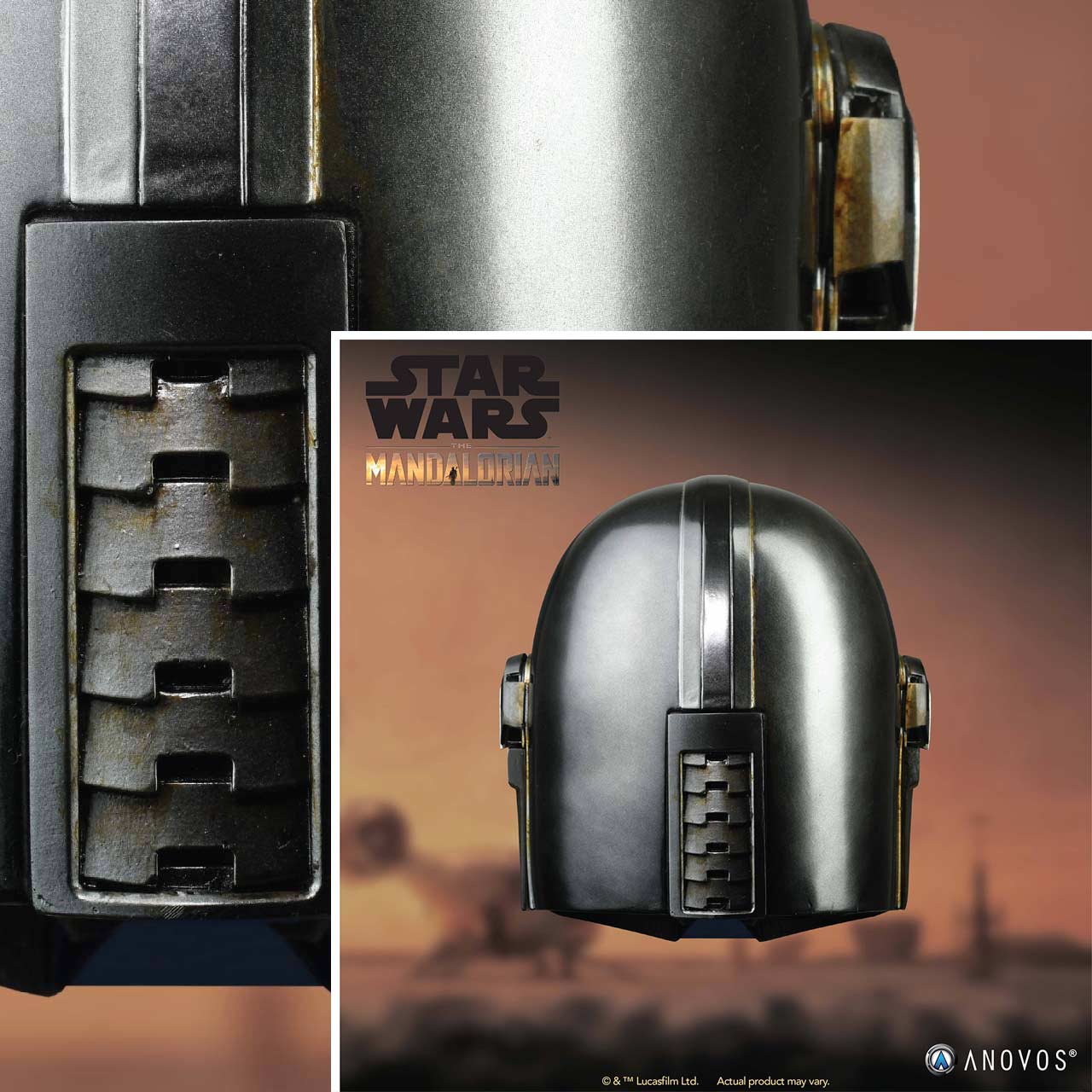 This is the closest most people will ever get to an original screen-used prop. And since most screen-used props aren’t made to stand the test of time, for your elite cosplayer, this is even better.

The first wave of shipments for this helmet is “estimated to ship by Thanksgiving 2019.” Imagine the unique experience of sitting down to watch the first episode of The Mandalorian* with this helmet on your head. That’d be quite a trip.

*Or one of the first episodes, anyway, given the premiere date is still November 12, 2019. ALSO: See the timeline below for a couple other Anovos creations from the past several years.