If there’s anything I’ve learned about virtual reality, it’s that you have to go into it with an open mind. Sometimes you’ll see a game, and think that there’s no way that it will be anything more than slightly amusing. That’s how I felt about Eagle Flight, until I strapped in and started playing it.

Eagle Flight is a game set in a distant future where humans have vanished from the Earth. Nature is beginning to reclaim our cities, and you play as an eagle, who is helping to retake Paris, by flying around and completing various tasks. I thought flying would be neat, but wasn’t sure about how much the gameplay would really be all that interesting. But as I said, you have to go into it with an open mind, which I did.

The other controls are done with an Xbox One controller. You’ll use this to speed up, slow down, and screech. Screeching is your way of attacking enemies. You’ll see it represented on-screen as sort of a narrow wave being let loose. 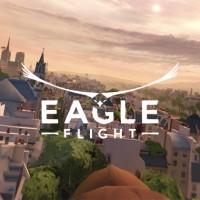 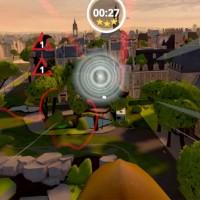 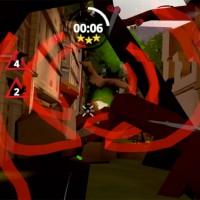 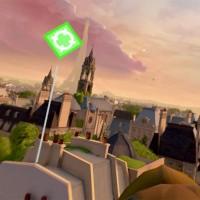 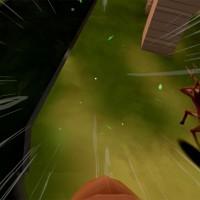 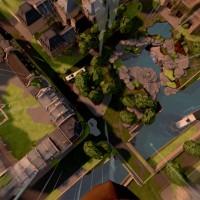 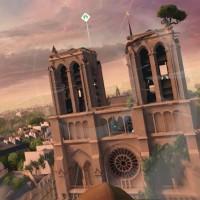 I tested out a couple of single-player modes, which consisted of tracking down enemies and shooting them down, and racing. The racing is akin to what you’ll see in Grand Theft Auto V, when you’re doing a flying race. You’ll see circles that you need to fly through as quickly as possible, and you’re rewarded for hitting the dead center of the rings.

I also got to play a multiplayer mode, which was essentially capture the flag. We had teams of 3, and you’d see the “flag” (I believe this was a small deceased animal, that you were fighting over as food) which you would be attempting to return to your nest. Here I put to use the skills I learned in the single player modes. I soared, dove, and ducked around buildings to try and get to the prize, while avoiding being “shot” down by the other team’s screeches.

I’ve played capture the flag modes on many games, but the experience in Eagle Flight was pretty unique. Being able to quickly move and fly through buildings and under bridges as you try and fight to get the prize back to your nest was amazing. This is due largely to how responsive the controls are. Quick nods in one direction or the other can move you through tight spaces, and flying up high can give you a good vantage point on your enemies.

This Ubisoft title doesn’t have a release date or a price, unfortunately. However, once it does, I can definitely recommend giving it a shot.