In an announcement today, Facebook’s VR company Oculus revealed plans to release an updated user interface for its Oculus Quest headset. Oculus calls this a ‘major update’ to its system, one that will bring a more ‘flexible and social’ experience for users. Headset owners can expect multi-window support for 2D applications, a redesigned universal menu, and more.

Oculus describes the changes as Experimental Features and they’ll be available starting later this month. The redesigned UI will feature what Oculus describes as ‘new immersive overlays’ in addition to the redesigned menu. The multi-window support will kick off with Oculus Browser, according to the company. 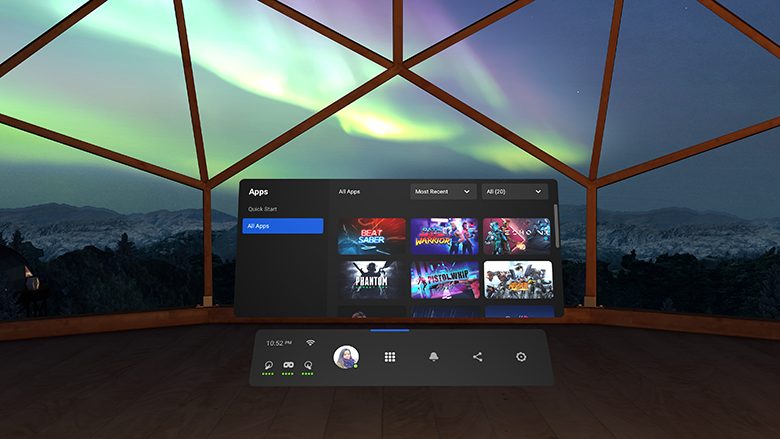 The redesigned menu is one of the most interesting changes. Oculus describes the design as a ‘personal dashboard’ — it’ll enable users to easily access the platform’s social features, toggle between 2D apps and immersive environments, and control their devices, among other things. 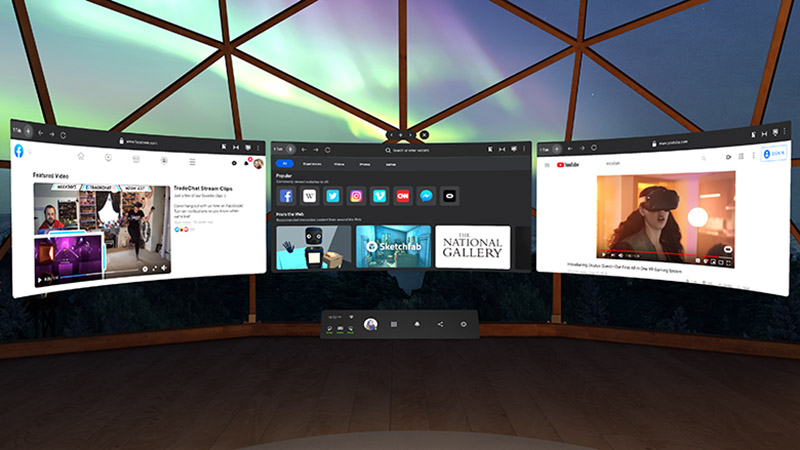 Oculus says the redesigned menu offers better organization with faster access to the most commonly used apps, including things like the Browser, Explore, Store, and TV. The redesign also includes rapid access to volume and brightness settings, as well as frequently used apps.

The immersive overlays, meanwhile, mean that users will be able to pull up things like the universal menu and other content without leaving the app they’re currently using. Oculus also describes this as providing ‘seamless access’ to important functions like casting and live streaming. Finally, the Oculus Browser will get support for multiple windows.