Tomorrow is a big day for RPG fans, as Octopath Traveler finally launches on the Nintendo Switch. This is a game that Square Enix has been advertising since before the Switch even launched, and a lot of people have been hoping that Octopath Traveler might be something of a return to form for the company. After all, it definitely looks like the RPGs that made Square a popular name among gamers back in the 1990s, such as Final Fantasy VI and Chrono Trigger.

I’ve been playing Octopath Traveler for a couple of weeks now, and it certainly does have some things in common with those RPGs from years past. The problem, in this case, it that it shares more than just aesthetics with those classic RPGs – it shares their length too. That isn’t necessarily a bad thing by any means, but for the purposes of writing a timely review, it causes some problems. 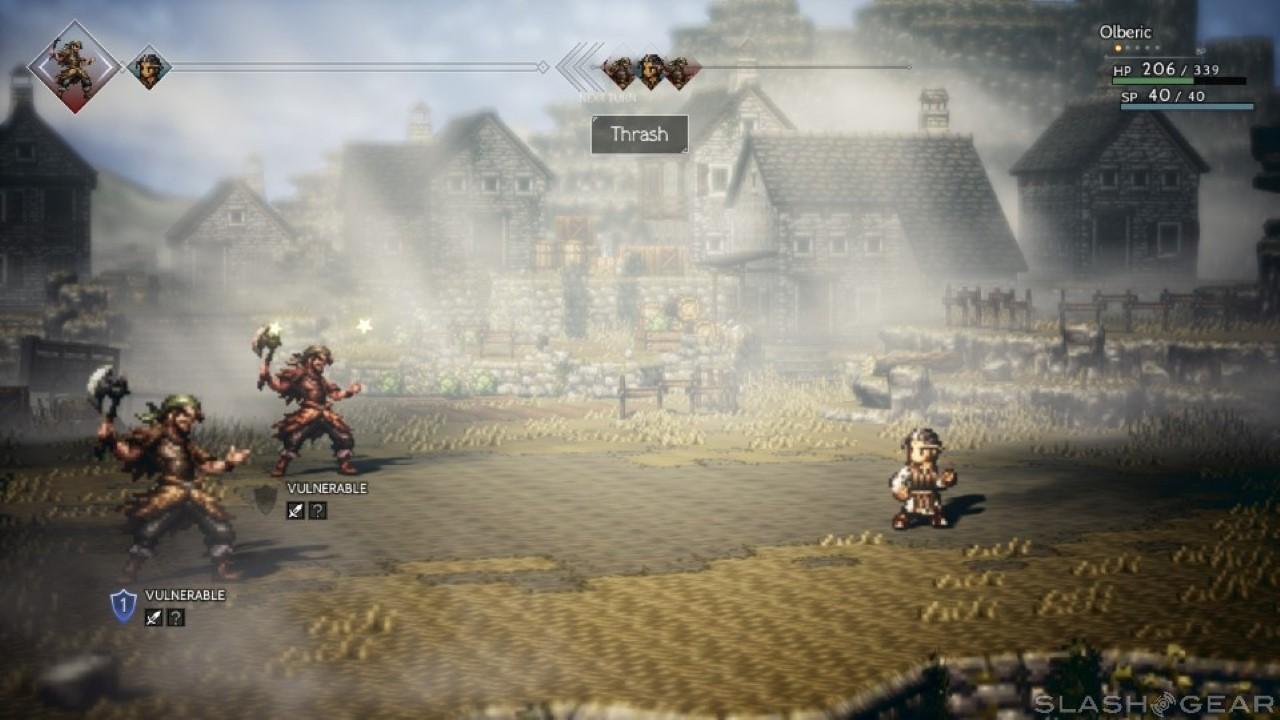 Octopath Traveler is a long game, and even after around 35 hours of play, I don’t feel that I’m in a position to write a proper review about it yet. For now, I can tell you that I’ve largely enjoyed what I’ve played thus far. The game is beautiful, as is its soundtrack, and the combat system – which tasks you with breaking through enemy defenses using weapons and spells they’re vulnerable to – makes each battle enjoyable.

However, there are a few stumbles that make me think this game is too ambitious for its own good. Granting each of the eight characters their own standalone story leads to a lack of cohesion, and thus far, those stories haven’t been unified in any meaningful way. Giving each character their own motivation and setting aside the usual RPG tropes that tend to bring heroes together is definitely an interesting idea, but there are points where it feels like that idea hasn’t been fully realized.

In any case, it’s certainly exciting to have a lengthy RPG to sink my teeth into, especially because I grew up playing some of the JRPG greats. At times it has felt like publishers only view the Switch as platform for ports of existing games, so it’s nice to see it get a big RPG it can call its own. I’m expecting to have a full review ready early next week, but in the meantime, feel free to head down to the comments sections and ask me any questions you might have about the game.