Oceanbird can carry 7000 cars and is powered by the wind

Wallenius Marine is a shipbuilding company out of Sweden, and it has announced a unique sailing vessel called the Oceanbird. The ship is a car and truck carrier with a capacity of 7000 cars. The major difference between Oceanbird and other vehicle carrying ships is that the wind powers Oceanbird.

Most will envision a massive ship with giant sails, but Oceanbird (PDF) is something completely different. Rather than using traditional fabric sails, the vessel uses five wing sails that stand 80 meters high. The main benefit of this set up is that the ship can reduce emissions by 90 percent. Naval architect Carl-Johan Söder says the design has a unique combination where the hull and rigs work together as one unit. The entire ship is optimized explicitly for sailing the oceans.

The vessel promises an average speed of 10 knots on a typical Atlantic crossing. At that speed, Oceanbird would be able to make a North Atlantic crossing in around 12 days. A standard cargo ship can make the crossing in eight days. Oceanbird is a Swedish collaboration project between Wallenius Marine, KTH, and SSPA. KTH is addressing challenges in areas like aerodynamics, sailing mechanics, and performance analysis. 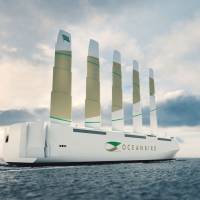 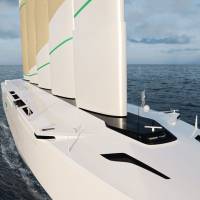 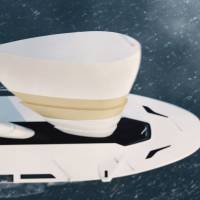 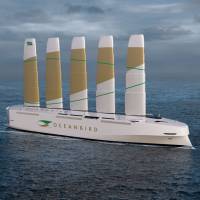 SSPA is contributing expertise with the development and validation of new test methods. The project is supported by the Swedish Transport Administration, which is a co-financier for the project. The expertise gained with this project will also be used to develop sailing vessels for other vessel segments.

People working on the project say that it has come very far. They are currently testing with seven-meter models in open water, and testing will continue this fall. The design will be ready for orders starting in 2021, and the first ships could launch in 2024.