What could be the longest animal ever recorded, a weird and wonderful sea creature 150 feet in length, has been caught on video for the first time by researchers of the coast of Australia. The siphonophore Apolemia was spotted by crew aboard the research vessel Falkor, as they plumbed the depths of deep-sea canyons in search of new species.

It proved to be a fruitful trip. The month-long expedition, funded by the Schmidt Ocean Institute, came up with new species large and small. In fact, as many as 30 new underwater species are believed to have been identified. 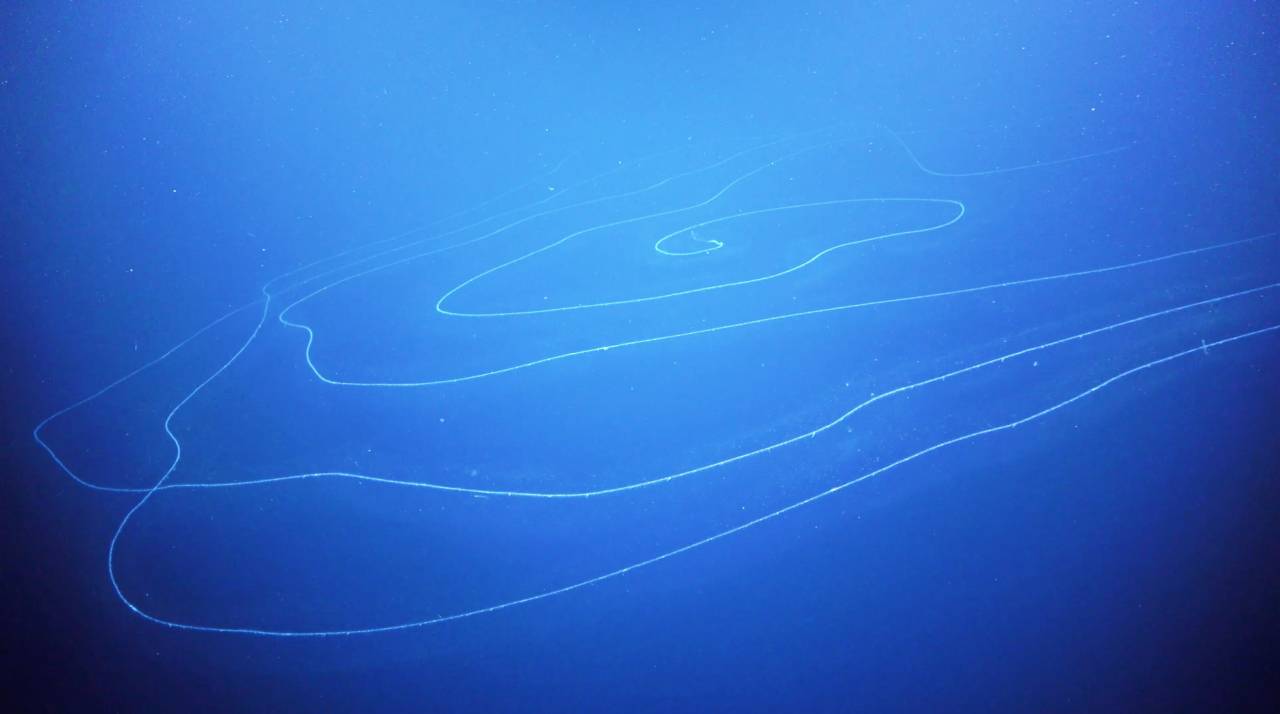 Most dramatic is the siphonophore Apolemia. Siphonophores are typically long, thin, transparent floaters, that occupy the open ocean. They emit light to lure in potential prey, and use jet propulsion to move through the water.

Is it one animal, or many?

What further distinguishes siphonophores, however, is that in reality they’re not officially one single organism. Instead, it’s a colonial organism, a collection of medusoid and polypoid zooids that gather into a functional colony. Different types of zooid have different roles: some help with propulsion, others with buoyancy, while others are for digestion or asexual reproduction.

In effect, the siphonophores clone themselves, producing a vast chain of specialized bodies that are usually genetically-identical. Despite the length, the siphonophore Apolemia is only around the thickness of a broomstick, the researchers say. The coiled layout is its feeding posture. 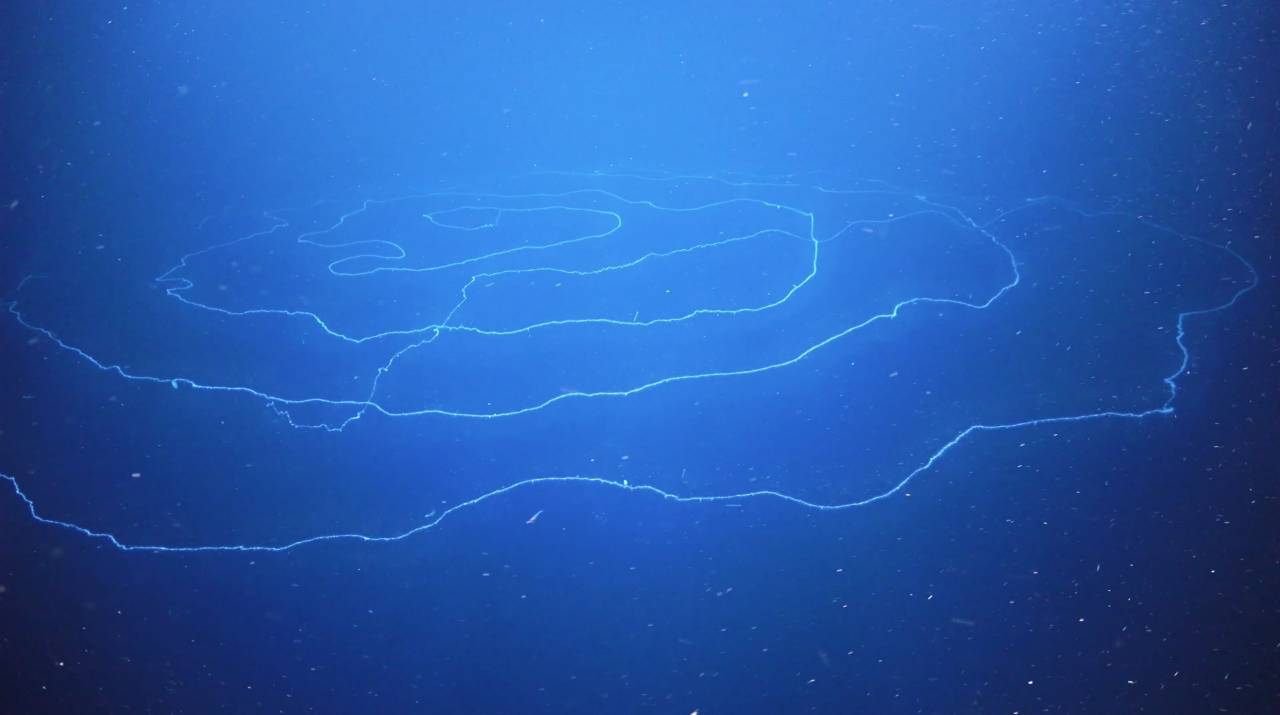 Whether officially considered a single living creature or not, it’s still a huge discovery by the Schmidt Ocean Institute team. “We suspected these deep sea areas would be diverse but we have been blown away by the significance of what we have seen,” Chief Scientist Dr. Nerida Wilson explained.

The latest discoveries of a mission devoted to public knowledge 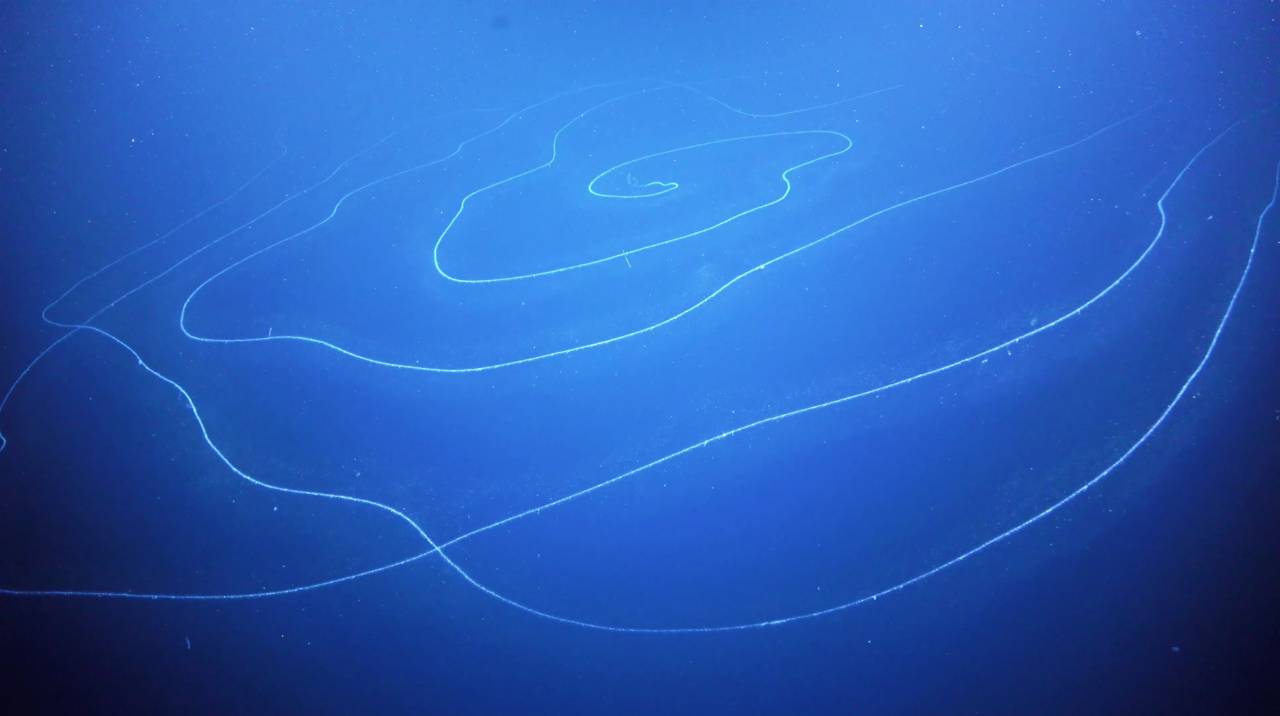 The group used an underwater rover to complete 20 dives in total, over the course of 181 hours. The ROV SuBastian dived to depths of nearly 15,000 feet – 2.8 miles – and notched up a number of firsts along the way. The expedition saw the first giant hydroids collected in Australia, as well as observed for the first time in Western Australia the Taning’s octopus, a type of bioluminescent squid.

While there are many investigative endeavors at work around the world’s oceans, the Schmidt Ocean Institute’s Falkor research vessel is unusual in that it’s made available free of charge for researchers. In return, they agree to make their discoveries publicly available.