In January 2018, astronomers spotted a very distant object in our solar system using the Subaru Telescope in Hawaii. The object was dubbed Farfarout, and since its discovery, scientists have been working to determine exactly how far away the object is. At the time of its discovery, scientists didn’t know the object’s orbit as only the Subaru discovery observations were available spanning 24 hours.

It takes years of observations to determine an object’s orbit around the sun, and all scientists knew at the time it was discovered was that it appeared to be very far away. Over the ensuing years, researchers used other telescopes, including the Magellan Telescopes in Chile, to determine the orbit of Farfarout and have now successfully confirmed that it orbits at a distance of 132 astronomical units from the sun.

Farfarout has an extremely elongated orbit taking it 175 astronomical units from the sun at its farthest point and 27 astronomical units at its closest. During the closest point of its orbit, it orbits the sun inside the orbit of Neptune. Researchers say that since Farfarout crosses Neptune’s orbit, it could give insight into the history of the outer solar system.

Farfarout was likely thrown to the outer solar system by getting too close to Neptune in the distant past, and it will likely interact with Neptune again since the orbits interact. Size estimates for Farfarout believe it is about 250 miles across, opening the door for it to potentially be designated as a dwarf planet by the International Astronomical Union. 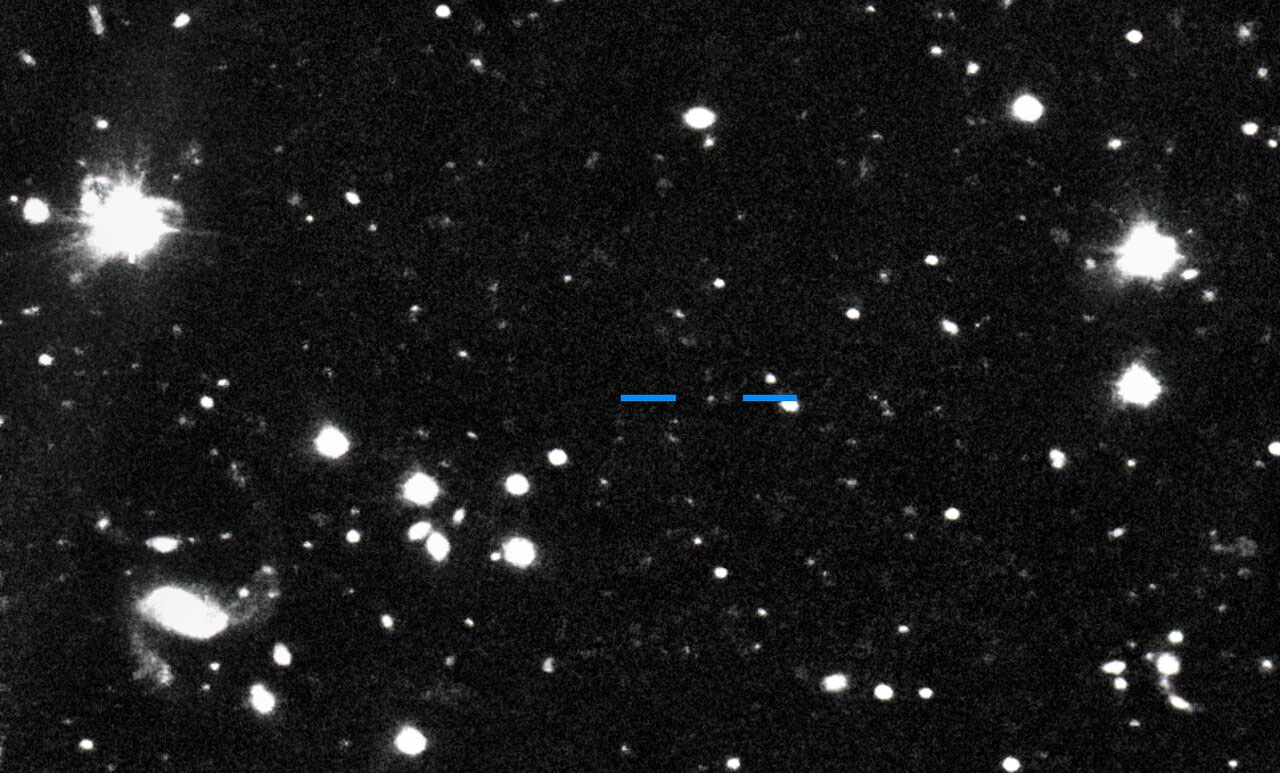 Farfarout has been given an official International Astronomical Union designation of 2018 AG37. An official name will be given to Farfarout after more observations are gathered about its orbit in the coming years.