Today we’re going to speak a bit about what’s coming with the Obi-Wan Kenobi show on Disney+. This show is not yet completed, it’s still in-the-making, but we have some early information on what’s inside the show’s plot. At this point I’d like you to absolutely turn back and wait for the show to debut before you read any further if you’re not the sort of person who likes to read spoilers for a show such as this. This is your last SPOILER ALERT.

Sources speaking with Making Star Wars‘ creator Jason Ward suggest there’ll be some hunting going on in Obi-Wan Kenobi. The hunting will be conducted by the Inquisitorious, AKA at least one Inquisitor, AKA the Imperial Inquisition is coming for Obi-Wan Kenobi. If you have no idea what an Inquisitor is here in the Star Wars universe, chances are you’ve not seen Star Wars: Rebels, nor have you read the most recent run of Darth Vader comics. 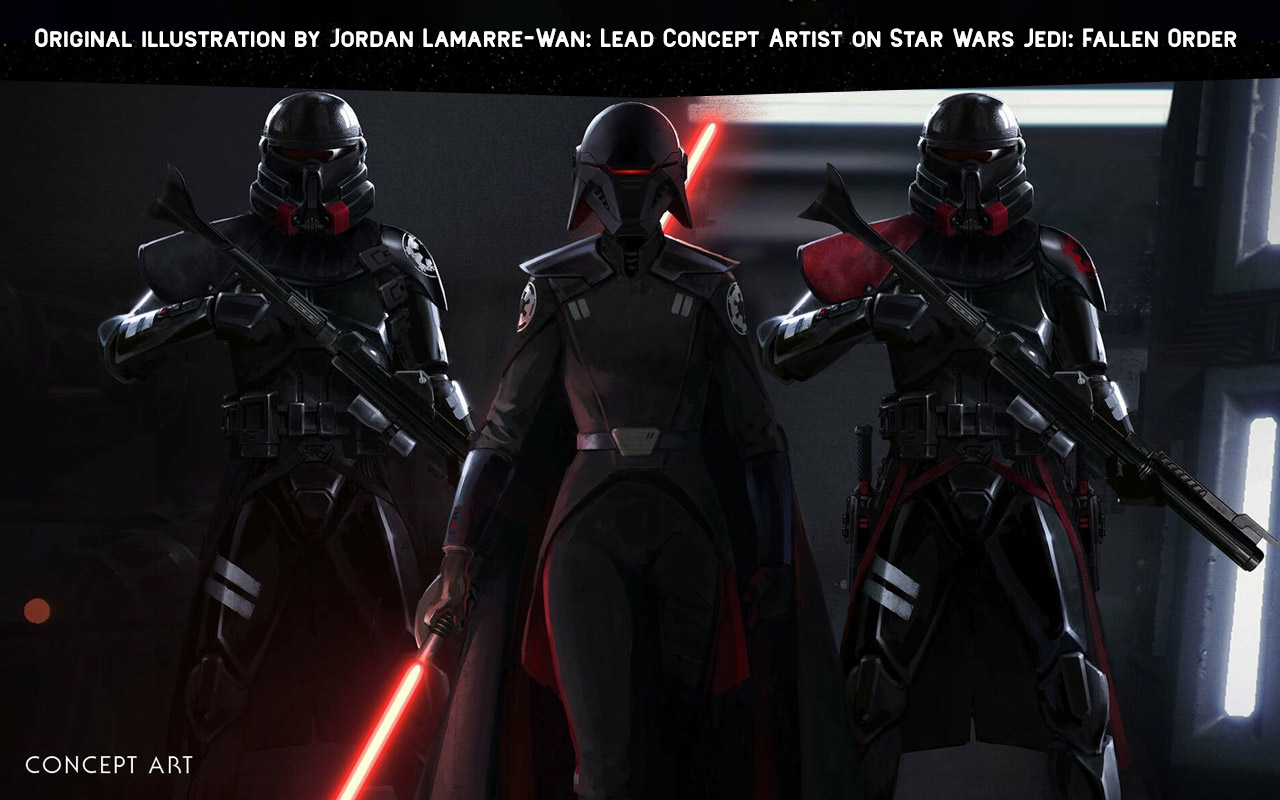 You could drop in and watch the entirety of the Star Wars Rebels animated series and get a good enough look at what an Inquisitor is and what their crew is all about. You could do JUST that and likely feel like you know what’s going on when one or more Inquisitorious hunter appears in Obi-Wan Kenobi. At this time we do not know which of the confirmed actors listed by Disney will be attached to what role – or whether we’ve already seen the actor or actors that’ll take the roles of the Inquisitors as such. 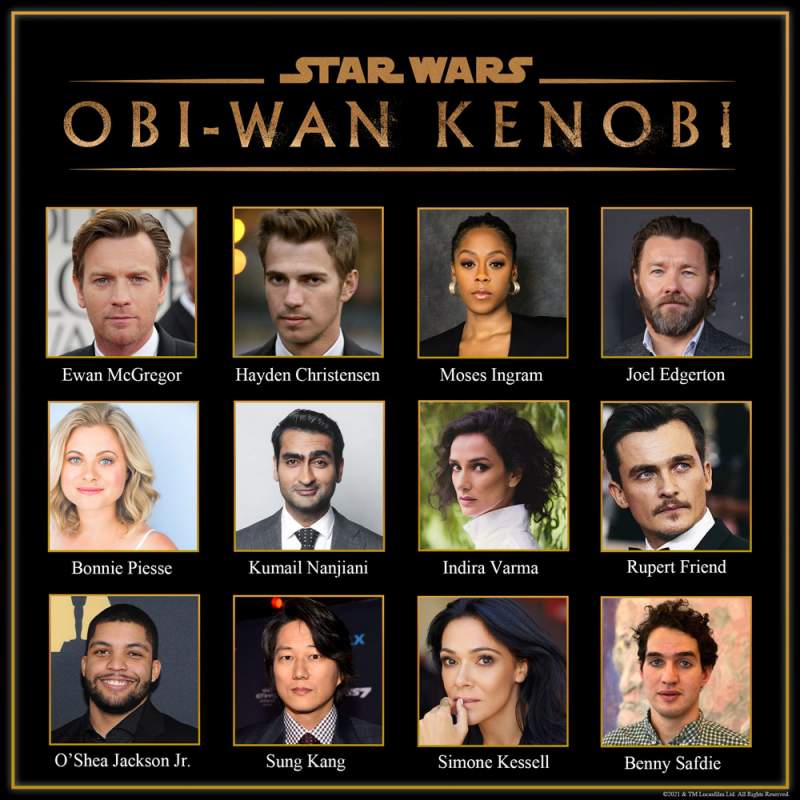 The image used in the Making Star Wars article by Ward (as seen above) is a concept art illustration from Jordan Lamarre-Wan (see: Art Station source), Lead Concept Artist on Star Wars Jedi: Fallen Order. There, too, is a healthy point of reference for the Inquisitorious. In Fallen Order, we’re seeing Darth Vader’s Inquisitors dispatched to hunt a suspected force user Cal Kestis – this takes place in 14 BBY. 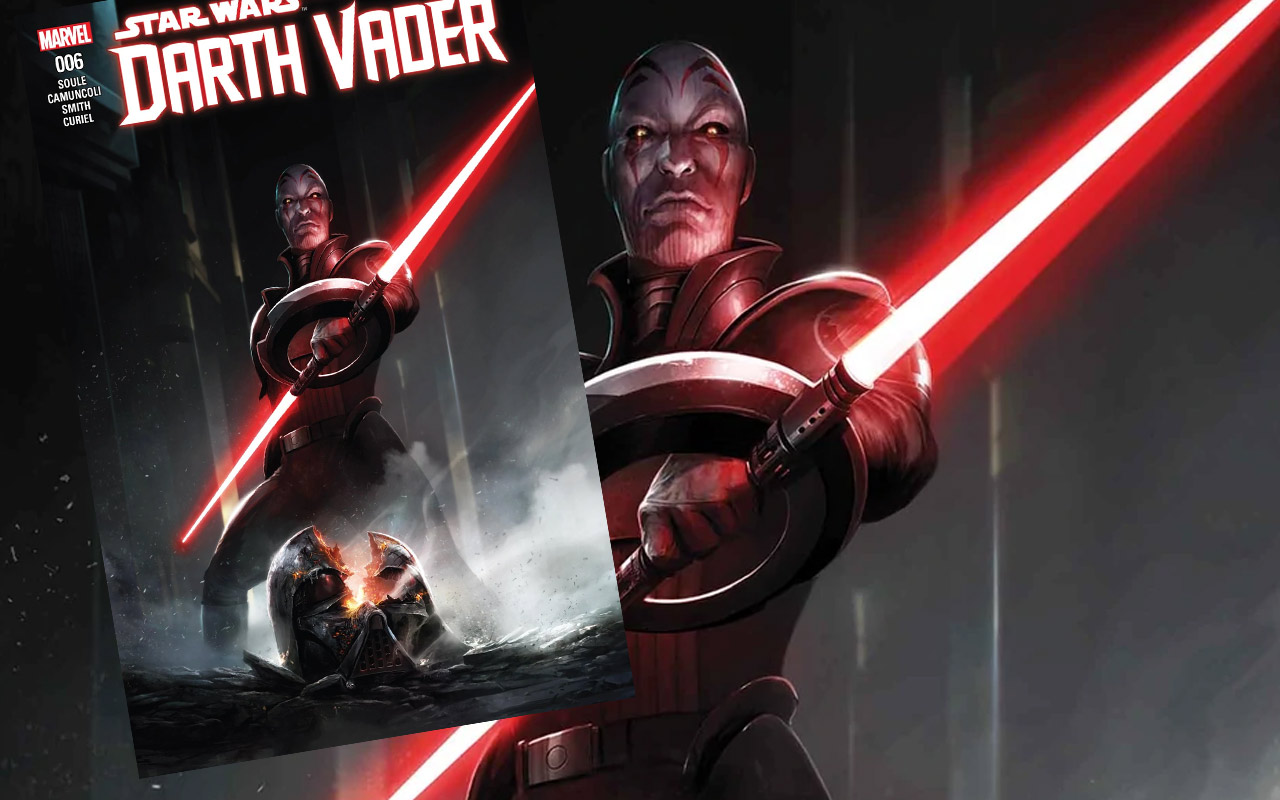 In perhaps the most essential comic series in the Star Wars universe right this minute, Darth Vader: Dark Lord of the Sith, we see the timeline’s earliest Inquisitor (as shown above and below). It is here, in the year 19 BBY, that Revenge of the Sith takes place and The Emperor introduces Darth Vader to the newly formed Inquisitorious. 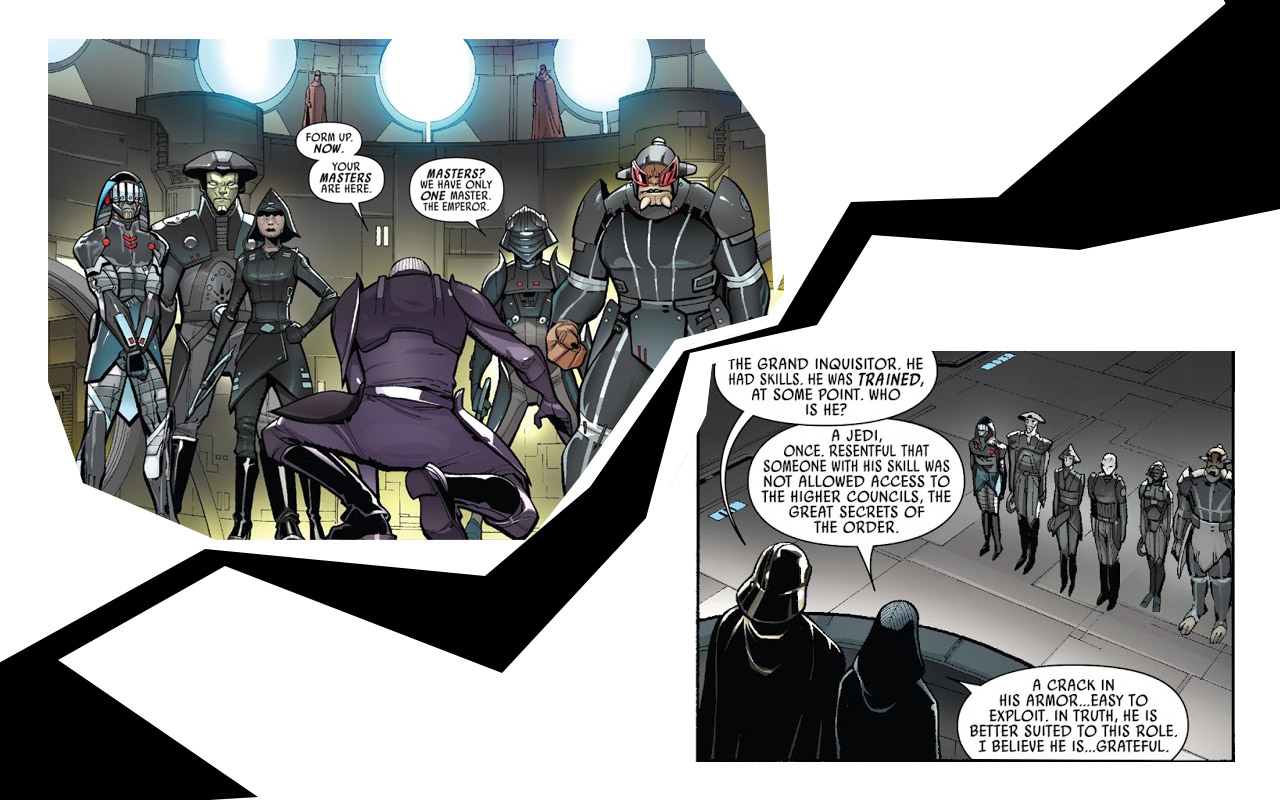 It is Darth Vader’s given mission to train these Inquisitors so that they might hunt down and destroy the Jedi. Or any Jedi that happen to be running around after the great purge (Order 66).

According to the first announcement of the show by Kathleen Kennedy, Obi-Wan Kenobi takes place 10 years after Revenge of the Sith. This announcement was made during Disney’s Investor Day 2020. It was reconfirmed in the “Disney+ Originals” listing of Star Wars: Obi-Wan Kenobi on Disney.com as recent as this afternoon, July 5, 2021.

So we’re starting in approximately 9 BBY, nine years before the events of Star Wars: Rogue One and Star Wars: A New Hope. ALSO NOTE: That’s also somewhere around a year after the bulk of the movie Star Wars: Solo. That has serious implications about characters from Solo and whether it’s possible we’ll see them appear in Obi-Wan Kenobi. 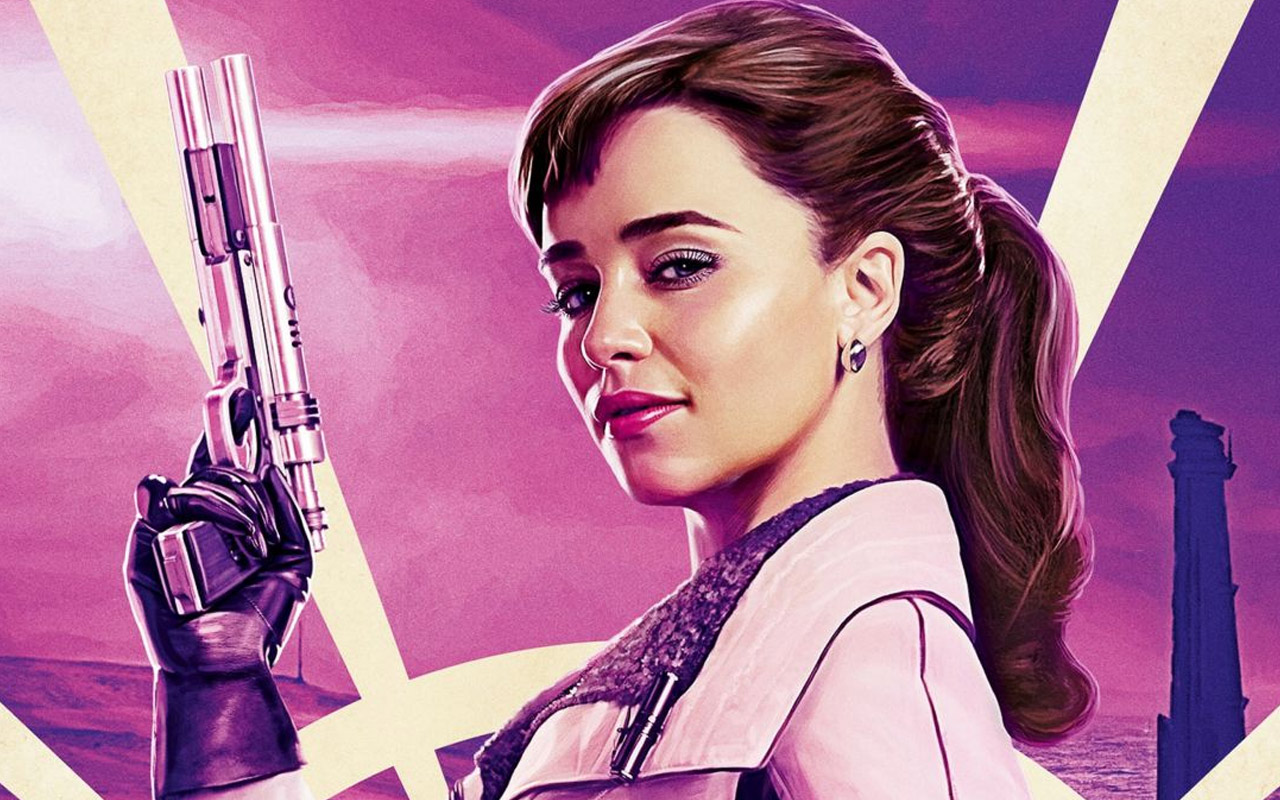 According to Star Wars: Rebels, it’ll be the year 2 BBY before we see Darth Maul face off against Obi-Wan Kenobi on Tatooine. It’s unlikely – but not impossible – that we’ll see other characters from Solo appear in this Obi-Wan Kenobi show as such. 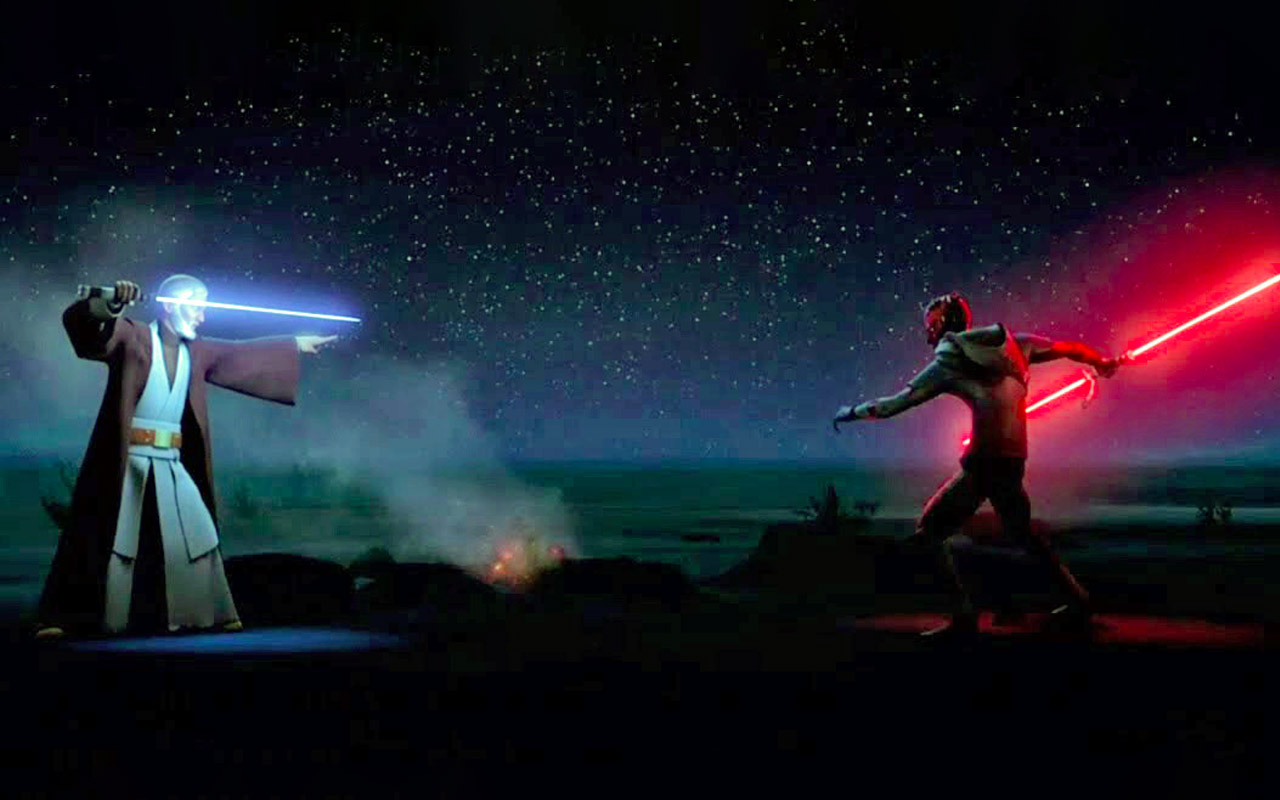 Before we watch Obi-Wan Kenobi, we’re going to want to watch or read or re-watch and re-read the following bits of media.

*Rebels has a WHOLE bunch of stuff about the Inquisitorious throughout the series, starting with the very first introductory movie/extended episode. If you’re looking for the KEY episode featuring Obi-Wan on Tatooine with Darth Maul, it’s Rebels Season 3, Episode 20: Twin Suns.

The Darth Vader comic where the first Inquisitor appears is Darth Vader: Dark Lord of the Sith 6, published on October 4, 2017. You’ll probably want to read the rest of the series once you read that one – or just pick up a trade paperback of the series and make the whole process easier.

The release date for Obi-Wan Kenobi is somewhere in the year 2022. At this time it has not been confirmed by Disney any exact release date for the first episode of the 6-episode first season (or mini-series). Cross your fingers this series goes beyond 6 episodes, as there is so very much we could explore.