This week the folks at Nyko have released a GameStop-exclusive white version of their latest PlayStation 4 DualShock 4 controller charge station. This is only the latest in a line of high-quality chargers for the PS4 and Xbox One controllers, making the whole line a whole lot easier to work with.

Both the Xbox One and the PlayStation 4 now work with wireless controllers right out of the box, if you did not know. For the first time in history, latency between the controller and the console is low enough to rely on this solution as a mainstay.

With that comes battery power. Inside the PlayStation 4’s DualShock 4 you’ve got a rechargeable battery right off the bat, but rather than charging with the USB cable included in the PS4’s box, Nyko have revealed the easiest way to roll. 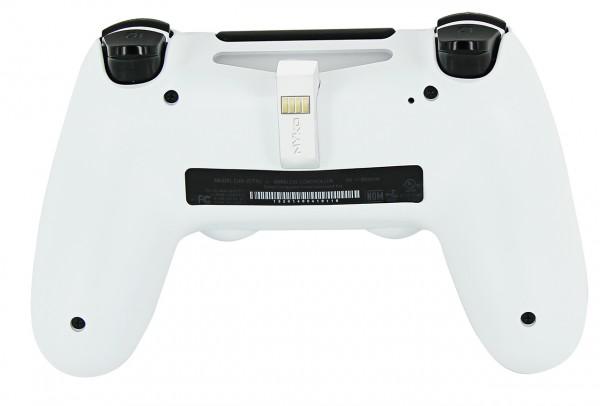 Above you’re seeing the Modular Charge Station and DualShock 4 connector from Nyko in GameStop-eclusive white. Below you’re seeing their Xbox One controller charger – one we’ve been using for weeks. 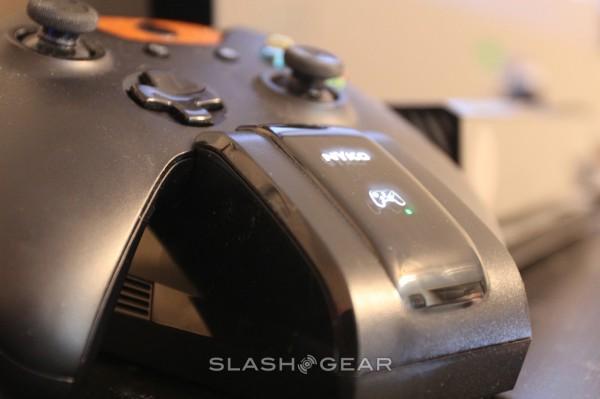 This Xbox One charger takes away the quickly-drained AA-batteries inside the Xbox One Wireless Controller, replacing them with its own wireless charging kit battery. Below you’ll see what’s left exposed – three pins which connect with the charger itself without snaps. 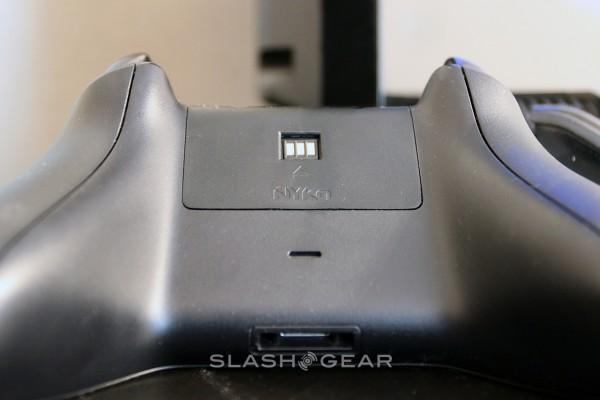 Resting in the charger you’re able to see up to two chargers being charged at once with simple-to-read indicators. Nyko’s chargers in all colors are our current number-one choice for DualShock 4 and Xbox One Wireless Controller charging across the board. They look great and they work perfect.

For now only the PlayStation 4 scores the white expansion – we’ll be waiting patiently for the White color combo for Xbox One in the near future as well!