You’ve already read our review of the NVIDIA SHIELD (you have, right?), but now it’s time to take the sucker apart and see what kind of glorious circuitry is floating around in that gamepad. iFixit is at it again with another teardown featuring NVIDIA’s latest product, which welds a foldable display on a game controller of sorts.

So, what exactly is squeezed inside of the SHIELD? Well, there’s the Tegra 4 quad-core processor, 2GB of RAM, 16GB of internal storage, and a host of radios needed for wireless communications. Of course, we can’t forget about that 5-inch 720p multitouch display that flips into combat position when we’re ready for gaming.

As for breaking into the device, all it takes is some screws to undo, and you’ll be opening up the piece in no time. Taking out the buttons and the various components aren’t too difficult, although the display is the most difficult to remove, and is pretty much impossible to repair yourself, so here’s hoping you don’t crack the screen anytime soon. 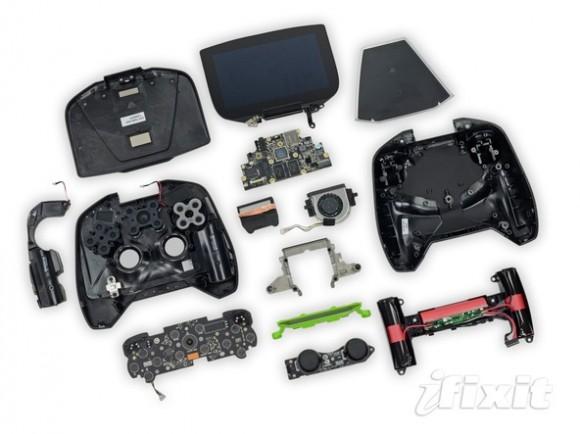 As for what else is on the inside, there’s actually a small fan to keep things cooled down, which isn’t too surprising, considering that there are some high-performance components packed into a tight fit inside the gamepad. The device also has a huge 7350mAh battery, which can keep things up and running for a few hours.

Overall, the design of the SHIELD is pretty modular, so most of the components are easy to swap out for those brave enough to open up the device in the first place. iFixit gave the device a 6/10 repairability score, with the battery and display being the most difficult to mess with.