This week NVIDIA revealed their new laptop gaming graphics processors and a series of notebooks that’ll house them. These laptops have the ability to deliver DLSS and RT Gaming, 60FPS+ (image refresh rate for games, depending on display), and “AI Content Creation and Video Conferencing.” The first wave of notebooks with NVIDIA RTX 3050 graphics processors inside will be coming from brands like Razer, HP, Dell, MSI, Lenovo, ASUS, and Alienware.

The newest additions to the RTX Laptop GPU collection by NVIDIA are the RTX 3050 Ti Laptop GPU and RTX 3050 Laptop GPU. These are the most affordable RTX 30 laptop GPU releases so far. 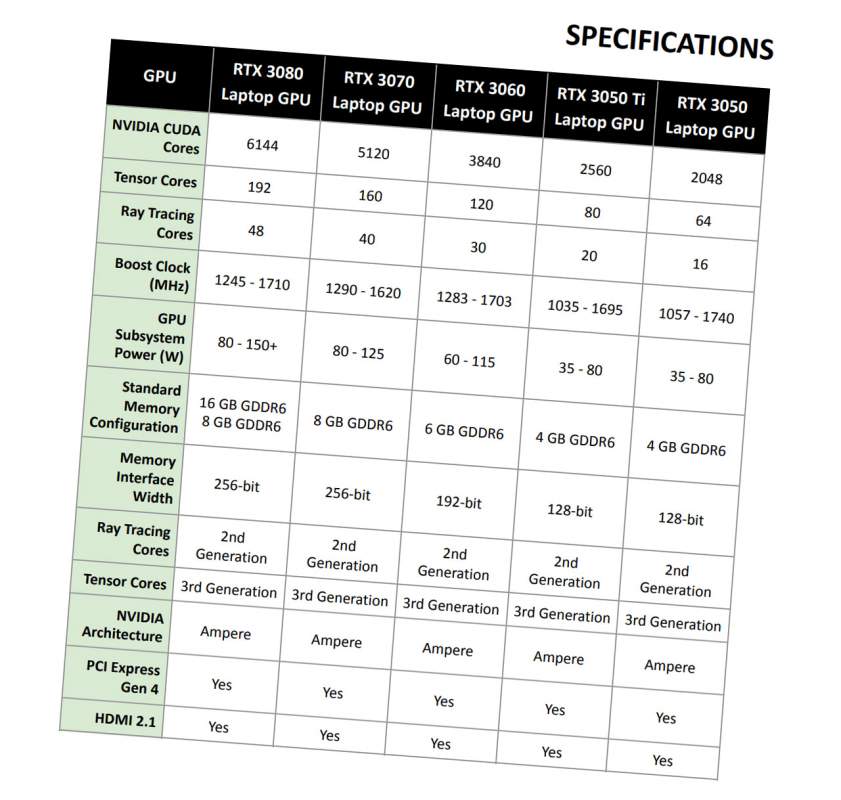 The NVIDIA 3050 series laptops listed this week at launch by Razer include the HP ZBook Studio, Dell XPS 17, and MSI Creator Z16. Also on the launch list is the Lenovo Ideapad 5i Pro, ASUS Zephyrus M16, and MSI GS76. The Alienware M15 R5 and the Razer Blade 15 round out the bunch. 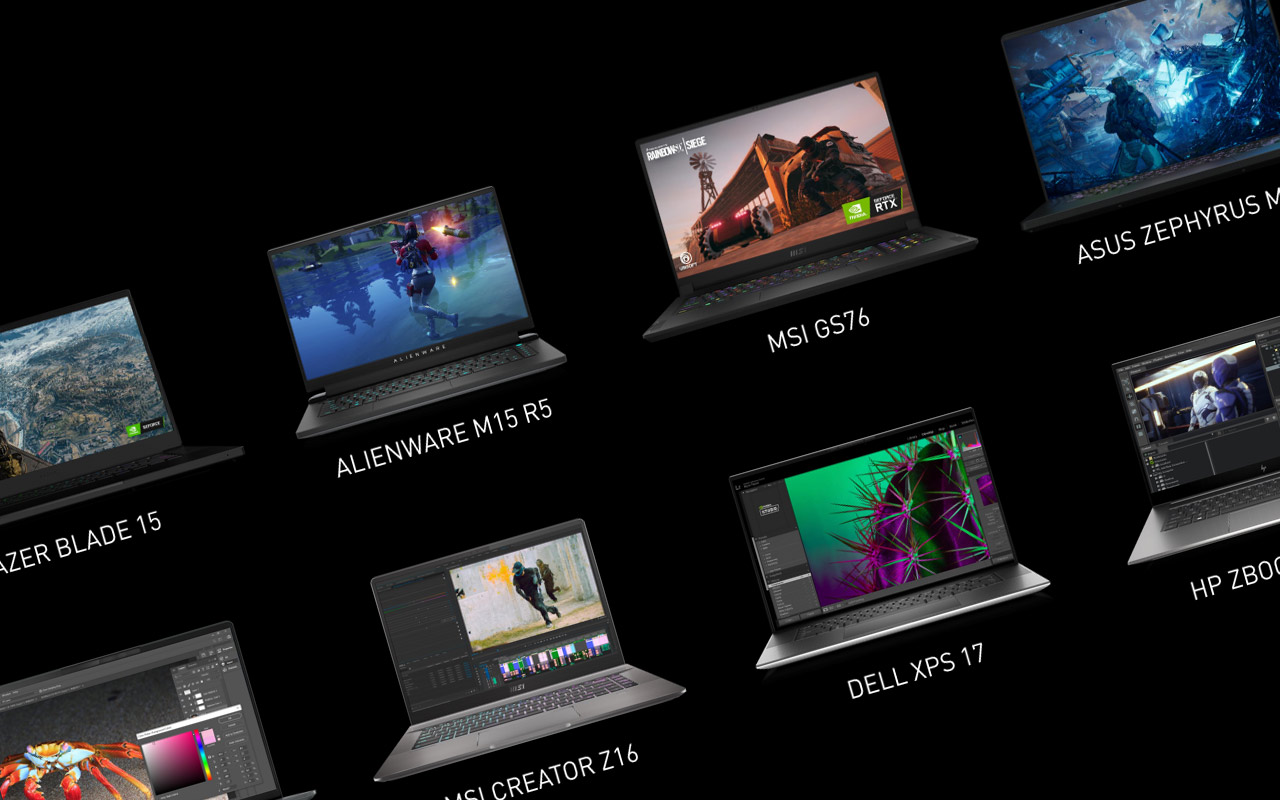 NVIDIA also introduced three new NVIDIA Studio Laptops with RTX 30 graphics inside. The HP ZBook Studio works with an RTX 3080 16GB and rolls with a DreamColor professional display. The Dell XPS 17 works with RTX 3060 and has an HDR Display with 100% Adobe RGB in full effect. The Lenovo IdeaPad 5i Pro has RTX 3050 inside with a 1440p Display with 100% sRGB color. 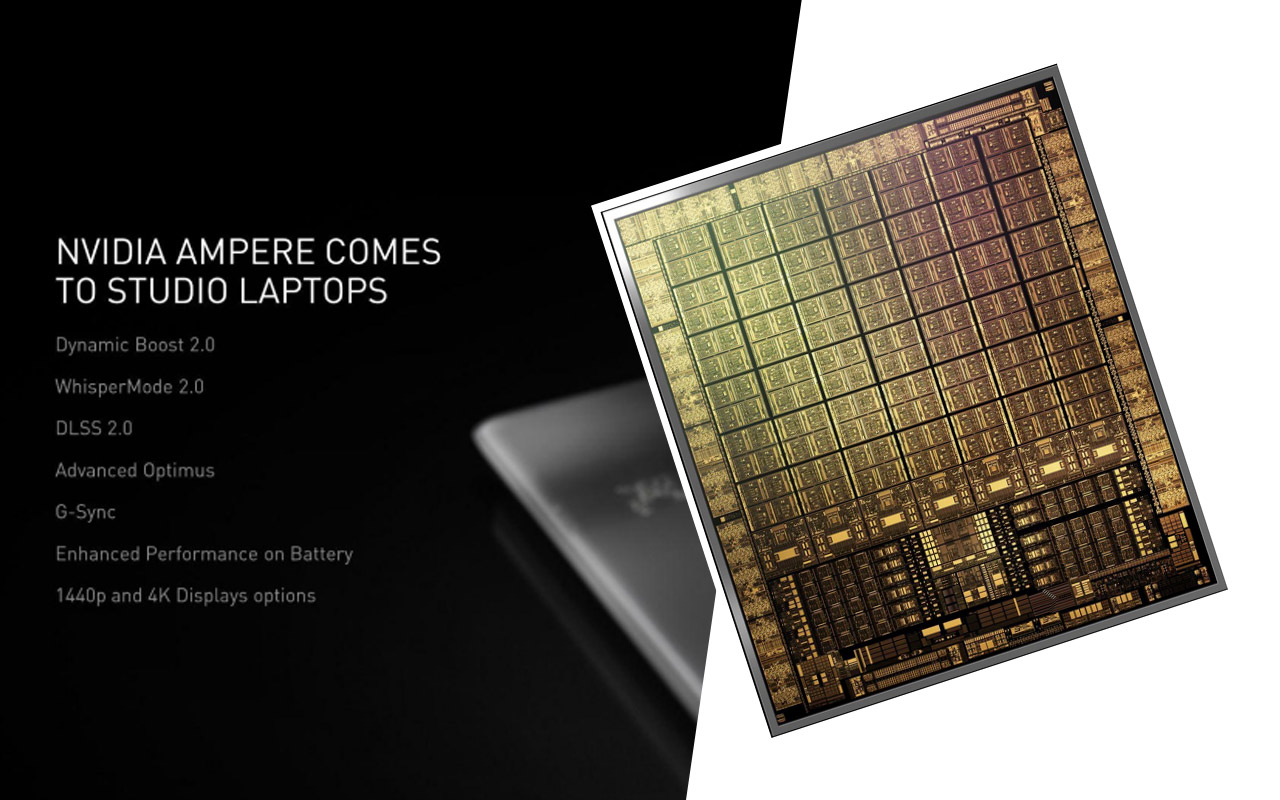 The NVIDIA Studio Laptop series has up to 8K HDR RAW Video editing abilities, up to 2x rendering performance VS their predecessors, and up to 16GB GPU memory. The whole lot also brings some of the most monstrous displays – 1440p and 4K “creator-grade” displays to make full use of the RTX graphics power inside.

We’ll know more about individual release dates and pricing beyond the least expensive of the collection in the very near future. Take a peek at the timeline below for more recent updates and stay tuned!