Earlier this month, NVIDIA revealed the two latest graphics cards to join their roster. Powered by the new Pascal architecture, the company made some pretty big promises for the line. The GTX 1080 hit stores just a couple of days ago, and you can see our review of the Founder’s Edition here. But today, we’re going to take a look at its little brother, the GTX 1070.

We’ll get to the benchmarks in a minute, but first let’s take a look at the card itself. The GTX 1070 runs at a Boost Clock Speed of 1683 MHz and ships with 15 Streaming Multiprocessors and 1920 CUDA Cores. Its 120 Texture Units provide a peak texture fill rate of nearly 202 Gigatexels/sec. It uses what NVIDIA claims to be the fastest GDDR5, which provides 256 GB/sec of peak memory bandwidth. The card ships with 8GB of GDDR5 standard.

Here are the complete list of specs from NVIDIA: 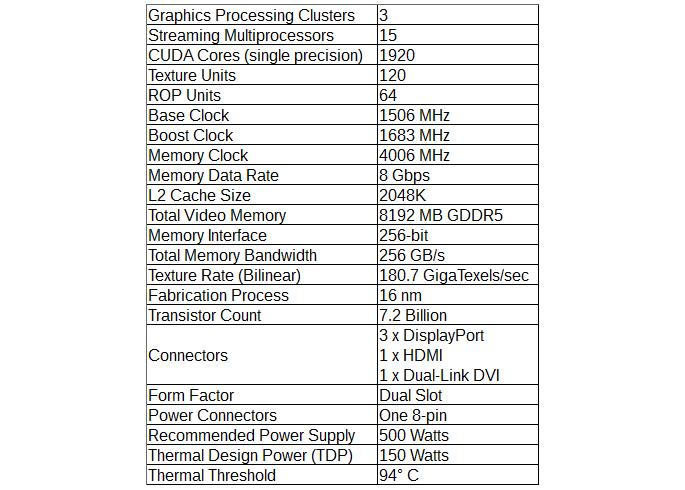 As for the looks of the card, it is identical to the Founder’s Edition of the GTX 1080. The only differences on the surface is the number 1070 on the front and back. Everything else looks exactly the same. 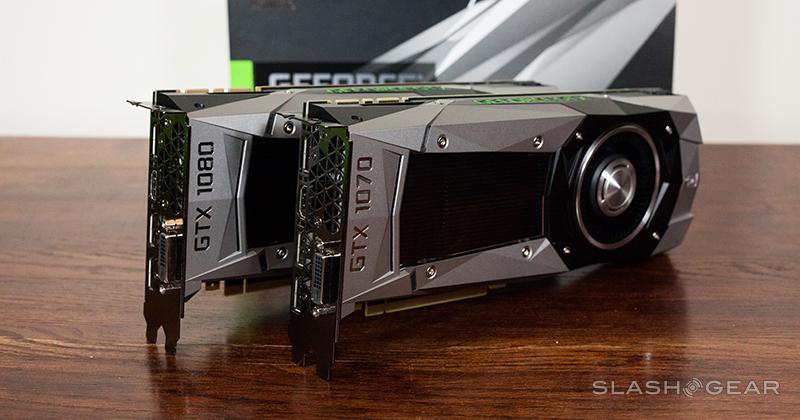 A benchmark is only as good as the test system it’s ran on. Thanks to Intel and Kingston, we’ve got a great test machine that ensures that we won’t hit any bottlenecks when testing the GTX 1080. Take a look at our system specs below:

For our benchmarks, we’ve chosen a few different games for real-world testing. Synthetic numbers might be nice, but real-world numbers don’t lie. For our first round of benchmarks, we’re running all of our tests at stock speeds. We’ll have a piece in the future about overclocking the GTX 1080.

Ashes of the Singularity

Ashes of the Singularity is one of the few DirectX 12 titles currently available, with a built-in benchmarking tool. This RTS often features many units on the screen at once, all engaged in combat. It can be very demanding on the GPU, which makes it perfect for benchmarking. For our tests, we cranked up the settings to “Crazy” which is the highest that they’ll go. We tested each card in both 1080p and 1440p.

Hitman is our other DirectX 12 benchmark. The game is particularly nice for benchmarking, as it has a dedicated tool that allows you to adjust the settings and run benchmarks without having to load up the game first. For both our benchmarks we’re running the game on Ultra, at both 1080p and 1440p.

While this game has been out since 2014, it still makes for a great benchmarking. As with our other tests, we’ve cranked up the settings as high as they would go, on Ultra. Since the game can run higher than our test screen’s native resolution, we’re testing the game at both 1440p and 4K.

The game may be a mess in terms of cheating and end-game content, but it’s hard to deny that the game is beautiful. For our tests, we’ve set the graphics quality to Ultra. We’ve made one small change to the Ultra preset, which is to turn V-sync mode to “off” in order to record frame rates higher than 60. Our tests are conducted at 1080p and 1440p.

In our tests, the 1070 lags slightly behind the GTX 980Ti, but at a fraction of the price. The Founder’s Edition retails for $449, though the base version of the card will retail for $379. That’s a little more than half the price of the 980 Ti for comparable performance. None of our tests included overclocked speeds, so with a bit of tweaking, you’ll be able to get even higher performance out of this card. The GTX 1070 will go on sale to the public starting June 10th.