NVIDIA have announced their first Fermi-based GPU intended for notebooks, in the shape of the GeForce GTX 480M.  Described as “DirectX 11 done right for notebooks”, the GTX 480M has a dedicated Tessellation engine that apparently boosts performance 5x over that of competing mobile GPUs, and three times more CUDA cores than the previous generation of chips.

As for real-world results, NVIDIA say the GTX 480M will transcode video ten times faster than rivals.  There are 352 CUDA cores, a 425MHz graphics clock and 850MHz processor clock, capable of 897 CUDA gigaflops, 76.8 GB/sec memory bandwidth and an 18.7 bn/sec texture fill rate.  Clevo will be offering the first notebook to use the GPU, though they’re likely to be the first of many. 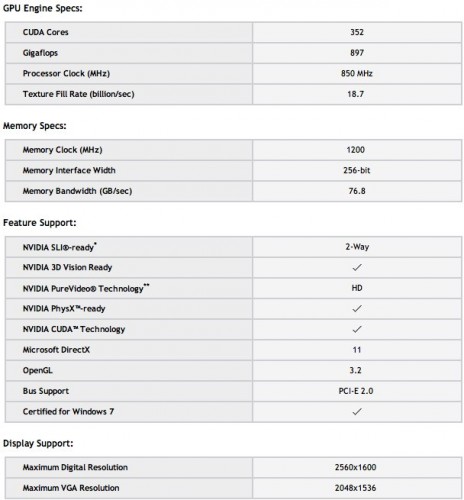