This week NVIDIA is bringing the heat to the car industry with the NVIDIA DRIVE CX. This is a digital cockpit computer made with the NVIDIA Tegra X1. It’s able to roll with 16.6 million pixels maximum resolution – more than one display – extremely dense displays, that is. With Drive CX, NVIDIA will be powering the future of mapping, creating a digital cockpit, and making the smart infotainment system in your vehicle all the more smarter in the near future – in a wide variety of vehicles.

In just the same way NVIDIA works with game developers to make the next generation of gaming graphics a reality without forcing them to understand all the ins and outs of the technology they’re using, NVIDIA’s DRIVE CX has a developer program that works with car makers. 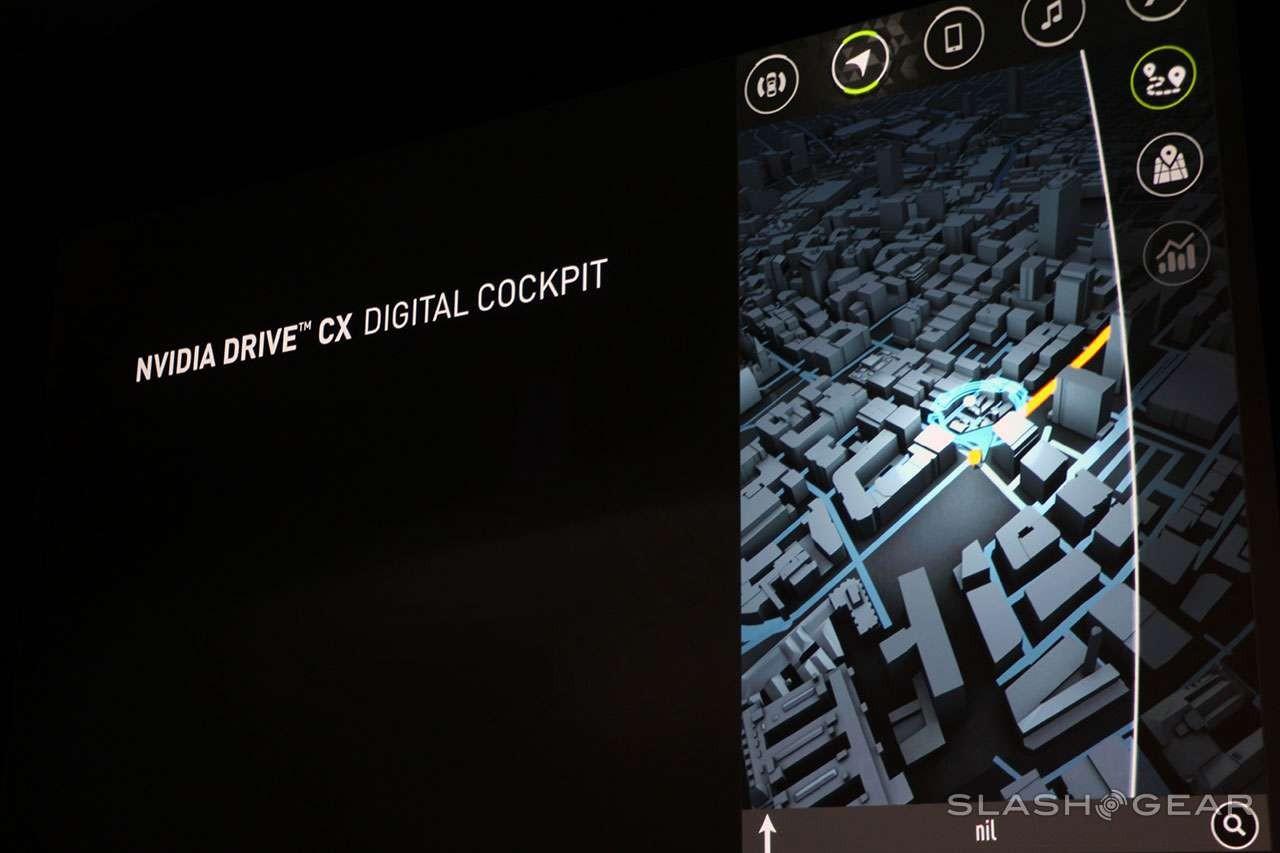 Drive Studio, as it’s called, (as a reminder,) is Pushing the boundaries of what a car can do with graphics and media control via NVIDIA comes from this new system. 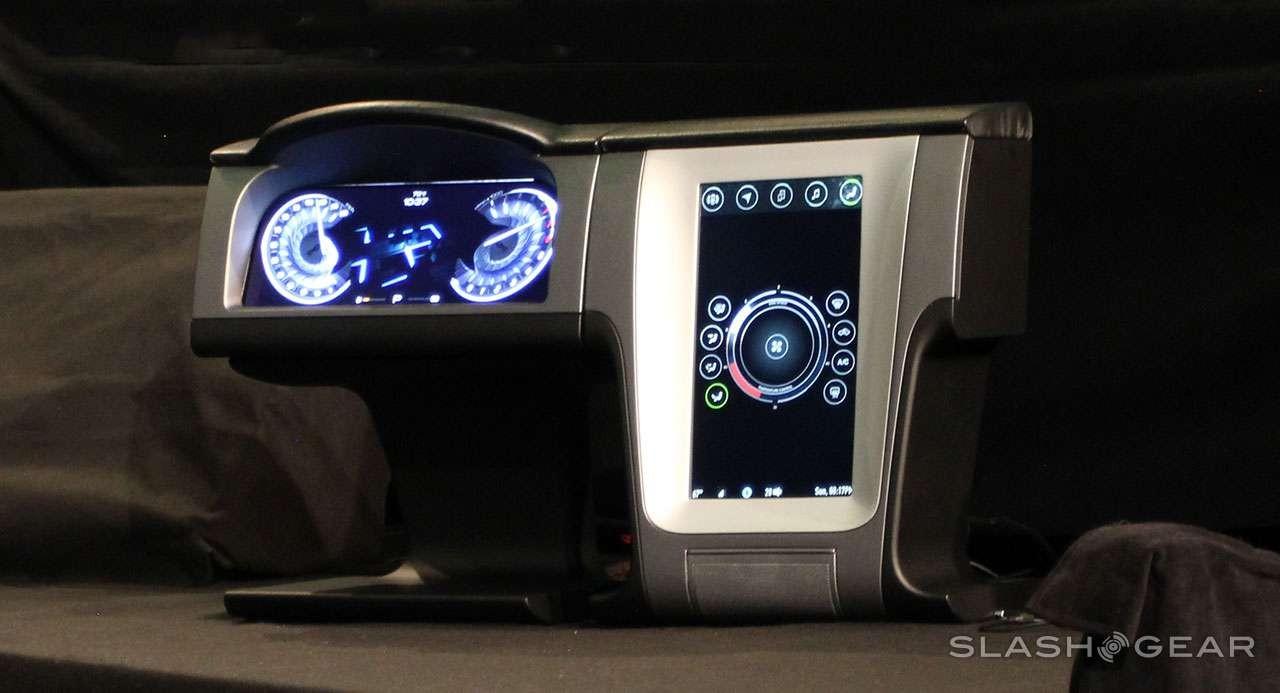 NVIDIA gave examples of what’s possible with their system onstage at CES 2015. This system is able to work with full 3D graphics and graphics that replicate what we’ve seen in games over the past several years. Lighting around a car in a 3D mapping system. Live moving graphics without a hitch. 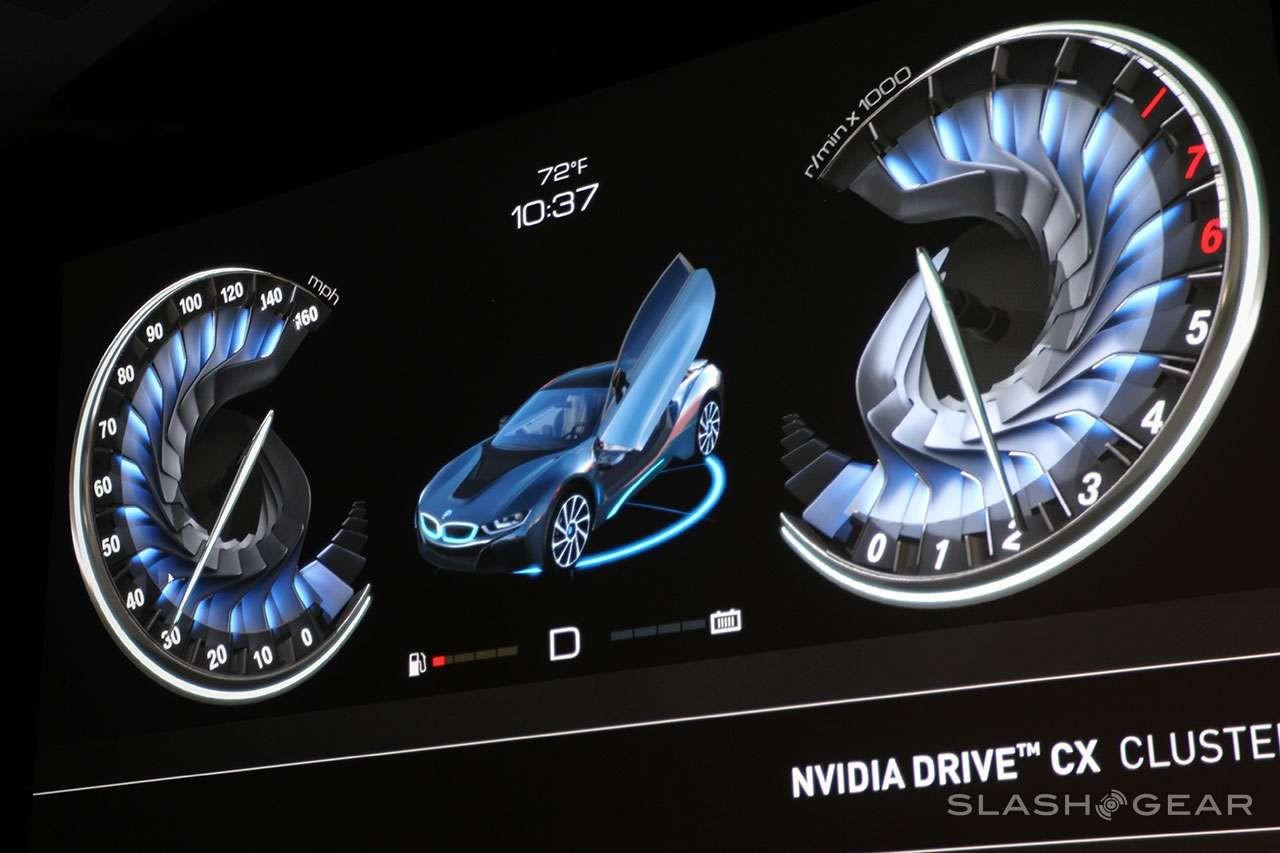 NVIDIA DRIVE CX Cluster – the entire collection of abilities shown off in full glory by NVIDIA before they’re brought to final vehicles.