This week NVIDIA demonstrated the power of their Kepler GPU in its future iterations in an investor call covering both desktop and mobile computing. The three different elements that focus the power of NVIDIA’s Kepler GPU were listed as SMX, Hyper-Q, and Dynamic Parallelism, each of these explained in brief, and two relatively new products were reintroduced: Tesla K10 and Tesla K20, the first available now, the second available in the forth quarter of 2012.

In the slide you see above, the four pillars of Kepler are shown and we shown by NVIDIA as such. SMX is Kepler delivered at three times the performance of the current computing market. Hyper-Q improves the utilization of the GPU, multiple threads at once. Dynamic Parallelism allows developers to use the GPU much easier than ever before and broadens the capabilities that can be utilized on the GPU. All of these technologies are used on Kepler which is part of NVIDIA’s intensely quickly growing market which, shown here, is gaining new giant customers all the time: 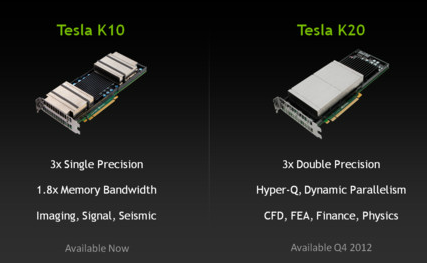 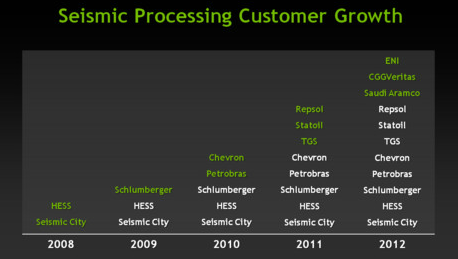 Have a peek at the timeline below to get a greater taste of what NVIDIA is presenting this week to investors on what their business is doing in both the mobile and the desktop world. You’ll find Kepler, Tegra, Icera, and more: