Back at GDC 2019, NVIDIA revealed that it would be bringing ray tracing to some of its GTX cards by way of a new Game Ready driver. What used to be the sole domain of NVIDIA’s higher-end RTX cards, this announcement meant that many more PC gamers would get the chance to see real-time ray tracing in action. That Game Ready driver is landing today, so those of you with a GTX card can give it a download and get a taste of what ray tracing adds to video games.

This Game Ready Driver is compatible with a fairly decent range of GTX cards, starting with the 6GB GTX 1060 and going all the way up to the recently released GTX 1660 and 1660 Ti. The TITAN X and TITAN Xp are also on the list, as are “laptops with equivalent Pascal and Turing-architecture GPUs.” On top of that, NVIDIA has also launched a collection of new ray tracing tech demos that anyone with a supported GeForce card can download to get a better sense of what ray tracing adds to a game.

While this is indeed big news, it’s probably best not to get too excited about the prospect of ray tracing on GTX GPUs. NVIDIA makes it clear that its RTX cards are still the best GPUs for ray tracing, so in some ways, this sort of feels like a play to get GTX users to upgrade to more capable RTX cards. On the other side of that coin, if you’ve been on the fence about buying an RTX card because you’re not sure if ray tracing is worth the additional cost, this could be a good way to get a feel for the tech before deciding to take the plunge (assuming, of course, that you’ve got a supported GTX card in your current rig). 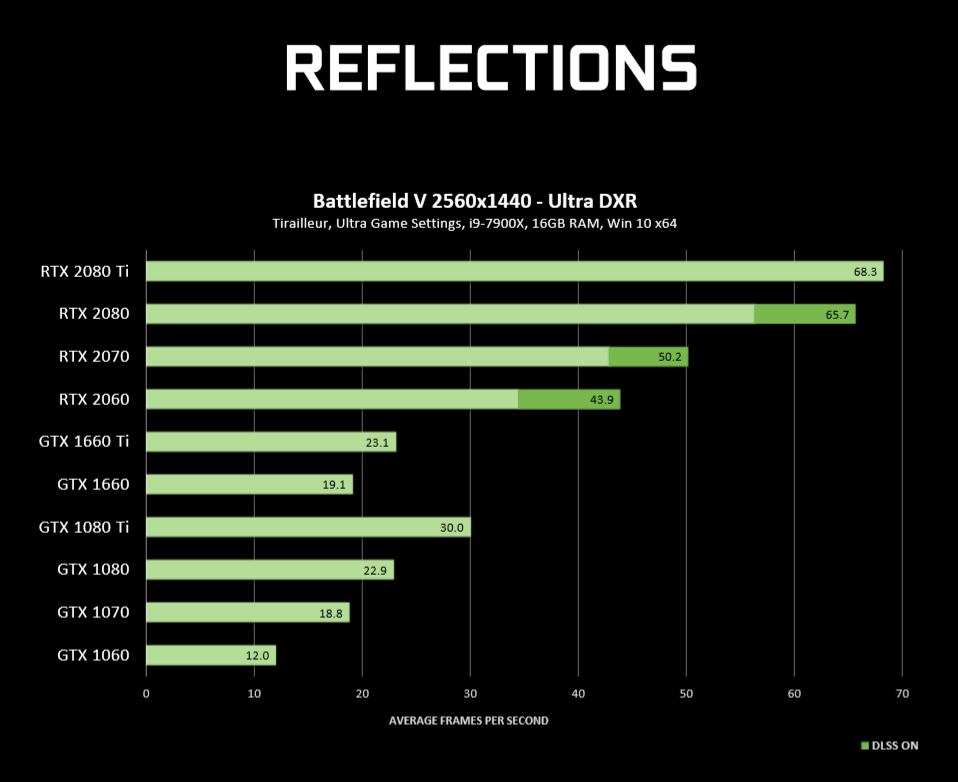 NVIDIA gave us some idea of just how capable GTX cards will be when it comes to ray tracing. For something that may not be as intensive (like Battlefield 5‘s somewhat basic reflections), GTX cards are capable of achieving some respectable frame rates at 1440p with DirectX Ray Tracing (DXR) turned on and game settings cranked up to ultra. The GTX 1080 Ti, for instance, hit an average of 30 frames per second, and while that might pale in comparison to something like the RTX 2080’s average of 65.7 frames per second with DLSS turned on, it still isn’t bad for 1440p gaming with DXR. 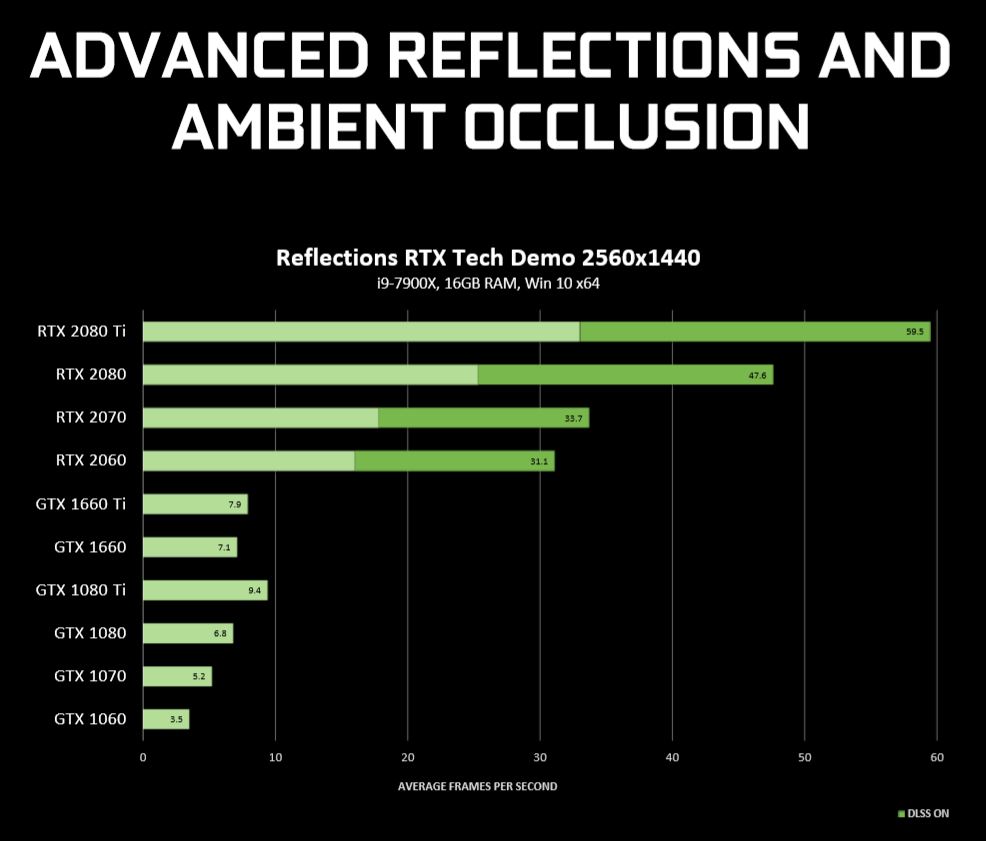 Unfortunately, things get worse for GTX cards as we move through the different types of ray tracing and up the complexity. GTX cards tend to struggle with advanced reflections and ambient occlusion in particular, as the 1080 Ti only manages an average of 9.4 frames per second at 1440p in NVIDIA’s Reflections DXR tech demo. Resolution is definitely one of the limiting factors here, and turning it down to 1080p will give GTX owners a bump up in frame rate when playing with DXR turned on.

If you’re unfamiliar with the world of ray tracing (or you simply need a refresher), NVIDIA has also put together a quick explainer video of the technology, which you can find embedded above. In it, NVIDIA walks us through the different types of ray tracing – reflections, shadows, ambient occlusion, and global illumination – and how each one is being implemented in games.

As for those aforementioned tech demos, there are three in all: there’s the Mundfish-made Atomic Heart RTX tech demo, the Justice tech demo, and the previously-referenced Reflections, which was created by Epic Games in partnership with NVIDIA and ILMxLAB. All three of them show off ray traced shadows, reflections, and the capabilities of NVIDIA DLSS, with Reflections taking things one step further by tossing ray-traced ambient occlusion into the mix as well. Those demos are available to download today from NVIDIA’s website, while the Game Ready driver for GTX cards can be found on the company’s Drivers page.