After last year’s Razer Phone 2 and Xiaomi Black Shark 2, there seems to have been a lull in what some believed to be the next area of growth for smartphone makers: gaming phones. So far, no new device has arrived, no rumor even this close to MWC 2019. That said, one of the first gen gaming smartphones hasn’t even arrived outside of China yet. That changes now as Nubia’s young Red Magic arm makes its first and only gaming smartphone available for preorder in the US, Canada, the UK, and EU.

What makes a smartphone a gaming phone anyway? While different OEMs have different takes, all of them seem to agree on three common traits: above average performance, more extensive cooling, and RGB lights. For the latter two, the Nubia Red Magic provides actual cooling ports and an RGB LED strip down the middle, also giving the phone a unique look in the process.

As for performance, the Red Magic dons an aged Snapdragon 835, paired with 8 GB of RAM and 128 GB of slightly faster UFS 2.1 storage. The 6-inch 18:9 screen only goes as far as Full HD+, with no added tricks like faster refresh rates. And since it’s a smartphone as well, it also has a single 24 megapixel f/1.7 camera on its back.

If not for the old CPU, the Red Magic would have been near perfect, especially considering how much Nubia is selling it for. With a $10 pre-order discount, the phone goes as low as $389 all the way up to $439 for the Superior model. 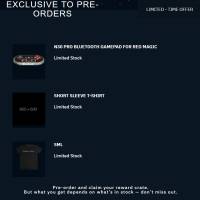 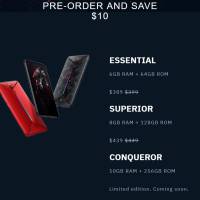 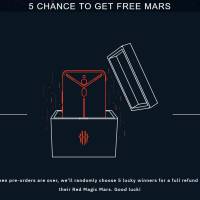 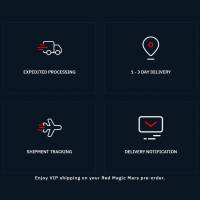 To further sweeten the deal, Red Magic is throwing in a semi-random accessory, be it an N30 Pro Bluetooth Gamepad or short sleeve shirt, depending on what is in stock. And once pre-orders end, Red Magic will randomly choose 5 buyers to give them a full refund, effectively making their order free. No word on when that date will come, though.