The NSA may be used to lurking in the shadows and quietly reading our emails, but the ACLU and Wikimedia Foundation aren’t willing to let them stay that way, filing a lawsuit challenging the constitutionality of the government agency’s actions. The suit, filed today in the US District Court for the District of Maryland, takes issue with NSA “upstream” surveillance which, it’s argued, needlessly and intrusively gathers huge quantities of text-based messages sent and received by innocent people. That, the ACLU insists, is an infringement of both First and Fourth Amendment rights, among other things.

The core of the controversy is the National Security Agency’s use of the 2008 Foreign Intelligence Surveillance Act Amendments Act (FAA) to justify its activities. That Act, the agency argues, gives it the legal permission to tap into the “backbone” of the internet in the name of gathering communications with “non-U.S. persons.”

By collaborating with infrastructure operators like AT&T and Verizon, to get a direct tap into the bulk messaging feed, the NSA can run thousands of keyword searches to hunt for anything vaguely suspicious. 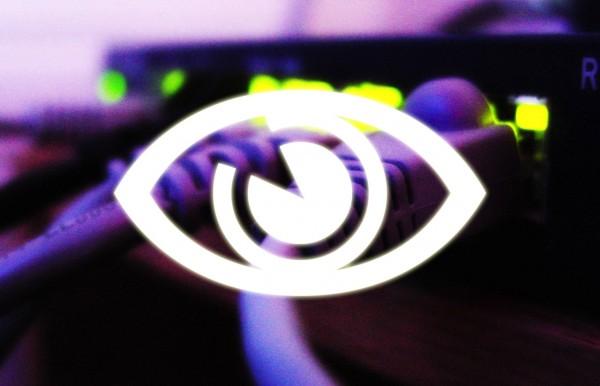 However, the ACLU points out, no court approves each search, or each target, and “the limitations that do exist are weak and riddled with exceptions.” There are also suspicions that the NSA is keeping and indexing communications far longer than they’re meant to.

Along with the ACLU and the Wikimedia Foundation, the lawsuit includes The National Association of Criminal Defense Lawyers, Human Rights Watch, Amnesty International USA, PEN American Center, Global Fund for Women, The Nation Magazine, The Rutherford Institute, and The Washington Office on Latin America.

“These plaintiffs’ sensitive communications have been copied, searched, and likely retained by the NSA,” the ACLU said in a statement on the lawsuit. “Upstream surveillance hinders the plaintiffs’ ability to ensure the basic confidentiality of their communications with crucial contacts abroad – among them journalists, colleagues, clients, victims of human rights abuses, and the tens of millions of people who read and edit Wikipedia pages.”

It’s not the first time the ACLU has attempted to tackle how broadly the NSA interprets the FAA. In fact, the group filed a suit back in 2008 shortly after it was made law, only to be rejected by the Supreme Court in 2013 for not having sufficient proof that spying had, in fact, taken place.

Since then, of course, whistleblower Edward Snowden has revealed huge quantities of information on the upstream surveillance being undertaken by his former employers.

“If people look over their shoulders before searching, pause before contributing to controversial articles, or refrain from sharing verifiable but unpopular information, Wikimedia and the world are poorer for it,” the Wikimedia Foundation said in a statement.