Notion Ink Adam Could Launch in Multitude of Colors

As potential customers wait all over the world for the official launch of Notion Ink’s Adam tablet, featuring Google’s Android mobile Operating System, yet showcasing plenty of proprietary customizations to the User Interface, and even applications, getting details on the upcoming tablet device are rare, and that’s why even hearing about color options is something to get excited about. Rohan Shravan, of Notion Ink, has been busy updating the official blog, and he’s been keeping those in interest updated to the tablet’s presence in the design stage. His latest installment shows what the tablet is made of, and some of the design choices they went through, as well as some interesting tid-bits that suggest color options could be a reality.

Shravan goes into detail, as he breaks down the Adam tablet, talking about individual areas of the upcoming device, and how they went along deciding on those features against others. He explains why the camera has not a 180-degree swivel, but actually a 185-degree one. (It has to do with how you hold it, and the fact that they wanted a little bit of off-set so you could hold it comfortably, and still be able to take photos comfortably.) Sharvan is really excited about the aspect of the swivel technology they used in the Adam tablet, as well as the auto-focusing of the camera.

The battery on the inside of the tablet is going to be a 3-cell battery, like the ones you find in your laptops. There’s no (updated) suggestion about how long the battery will last while unplugged, but hopefully that gets cleared up soon. Notion Ink utilized a Magnalium Alloy Chassis for the design of the Adam, which Shravan says will help in its integrity and strength. In the post he also points out the capacitive touchscreen with protective glass, and the Tegra chip you’ll find underneath it.

Shravan points out that it took the team 11 iterations before they could finally decide on the “+/-” toggle for volume; and the power on/off button took just as long to design, with plenty of “options” designed before the final product was finalized. Right now, all of the images herein are rendered concepts, and that’s not going to make the weary believe that the Adam is coming out any time soon. However, Shravan promises that on October 9th, he will have live images of the tablet, right from the factory. Additionally, Shravan is considering posting a poll on the Notion Ink blog to figure out if people would want other colors for their Adam tablet, which opens the door for interchangeable covers, and perhaps even interchangeable batteries. For now, it seems that the Adam is still only coming in the black/gray model we’ve seen, but the company is certainly considering the options. Check out our video of the Notion Ink Adam below, where we went hands-on with the tablet at the beginning of the year.

[via Notion Ink; thanks, Bart!] 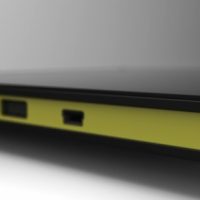 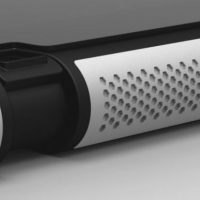 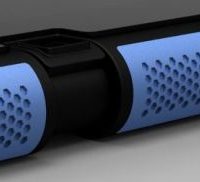 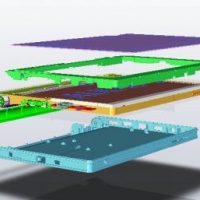 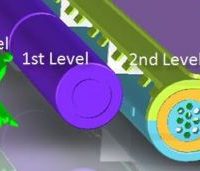