North Korea’s newly launched satellite, the first since 2012, is now in a stable orbit after having previously been tumbling out of control. The satellite doesn’t appear to be transmitting anything, according to officials and anonymous sources, but that doesn’t mean much as North Korea is likely concentrating on getting controlled orbits under its belt first.

North Korea launched the satellite this past weekend, and it had initially set out in a tumble, appearing to be a failure. A few days later, though, it has stabilized and is therefore a success, at least in view of North Korea’s 2012 failure (stability had never been achieved in that instance). The stabilization has been confirmed to Reuters by a U.S. official who wants to remain anonymous, as well as another unnamed source.

Whether the satellite will be able to maintain its orbit or end up burning up in the atmosphere is yet to be seen. According to U.S. Strategic Commend spokesman Martin O’Donnell, the satellite has been in the same orbit, more or less, since launching. In a statement to Reuters, he said: “If we see a dramatic change in altitude that could mean [the orbit] is going to decay.”

Despite North Korea’s aggressive actions as of late, the nation claims the satellite is for observing Earth and has been launched for peaceful purposes. The nation also called Sunday’s launch a “complete success” despite the orbit troubles. In light of its recent bomb tests and other actions, critics have decried North Korea’s move as being one intended to further expand its ballistic missile prowess, however.

Recently, South Korea has released images of debris believed to be a rocket booster that fell back to Earth during the satellite’s launch. One such image, from CNN, is below: 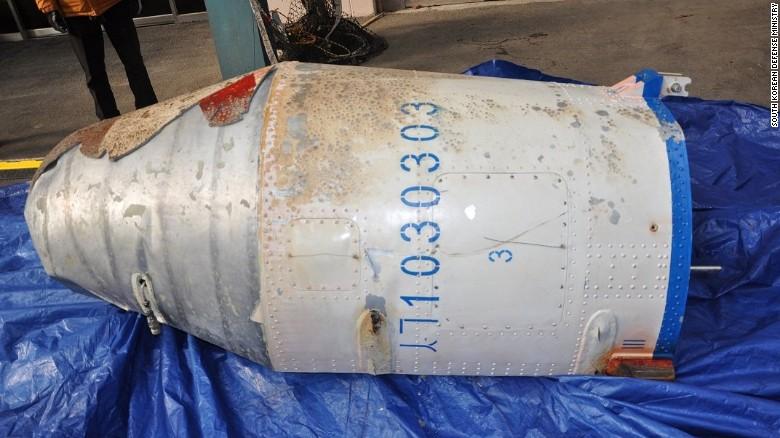 North Korea has been increasing its efforts to draw in tourists despite its growing tantrums and threats; it at one point even rolled out a less restrictive 3G network for foreigners, though it was later taken down for reasons that aren’t entirely clear. It has also tried to show off Internet cafes, but as many have noted, they are usually lacking in either electricity or peripherals, or sometimes both.