NomadKey for Pebble charges your smartwatch on the go

Nomad has introduced a new charger designed specifically for Pebble owners who always want to have their charger on hand, but without the hassle of carrying a full-size charging cable. It’s called NomadKey for Pebble, it is smaller than your finger and equipped with a keychain hole for attaching it to a key ring. This gives owners the ability to carry it with them at all times, topping off their Pebble when the battery runs low while out and about. As of now, the charger is available from Nomad via its website.

The NomadKey is for the original Pebble smartwatch, featuring a USB plug on one end and a charging connector for the wearable on the other end. A key ring goes through a hole in the top near the watch charger, as well, so that it can be put on a key ring (or, alternatively, a lanyard or similar device). 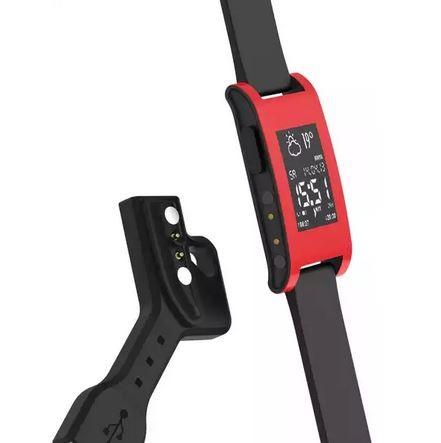 The charging connector is off the side a little bit, and the idea is that it is designed akin to that of a real key, making it comfortable when on your key ring with the other keys. In addition, it is made from high-grade polycarbonate and a rubber elastomer, which makes it both durable and flexible — it won’t break easily if bent in a pocket or dropped, for example.

As far as hard specs go, the NomadKey measures in at 6.6cm x 0.5cm x 1.9cm and it weighs 7 grams, with a 5V rating. It is priced at $19.95 USD, but isn’t compatible with the Pebble Time or Pebble Steel. There’s a hint that a future version for the Pebble Time will be coming soon, however.