Smartphone makers like Apple and Samsung tend to design attractive, thin, and lightweight devices that are also fragile. That means the vast majority of smartphone users take their beautiful and expensive phones and cram them inside cases and never look at the actual phone again until they are trading it in on a new model. Smartphone users around the world have wished that devices were rugged enough to live life without a case.

Nokia is now teasing a new smartphone that will be revealed on July 27 that it says won’t need a case. Nokia’s teaser says, “with our newest Nokia phone you will never need a case again.” While the company is silent on any features and specifications for the device, some data has leaked, and the device appears to be a ruggedized smartphone with water resistance.

The image above shows a traditional bar-style smartphone with the camera array in the upper section of the device centered rather than offset to the side. The blue color is attractive, and Nokia is teasing its water resistance with the device covered in liquid in the image. There appears to be a pair of camera sensors sitting above two other sensors, one of which appears to be a LED flash.

Previous leaks suggested a 48-megapixel main camera and a 13-megapixel ultra-wide camera. It’s worth noting that the leaked image showing the blue phone does look quite different from the image Nokia shared on its forums. Notably different is that the image Nokia shared on its forums, which can be seen below, has a round section around the cameras, while the one in the leaked image has a square section around the cameras. 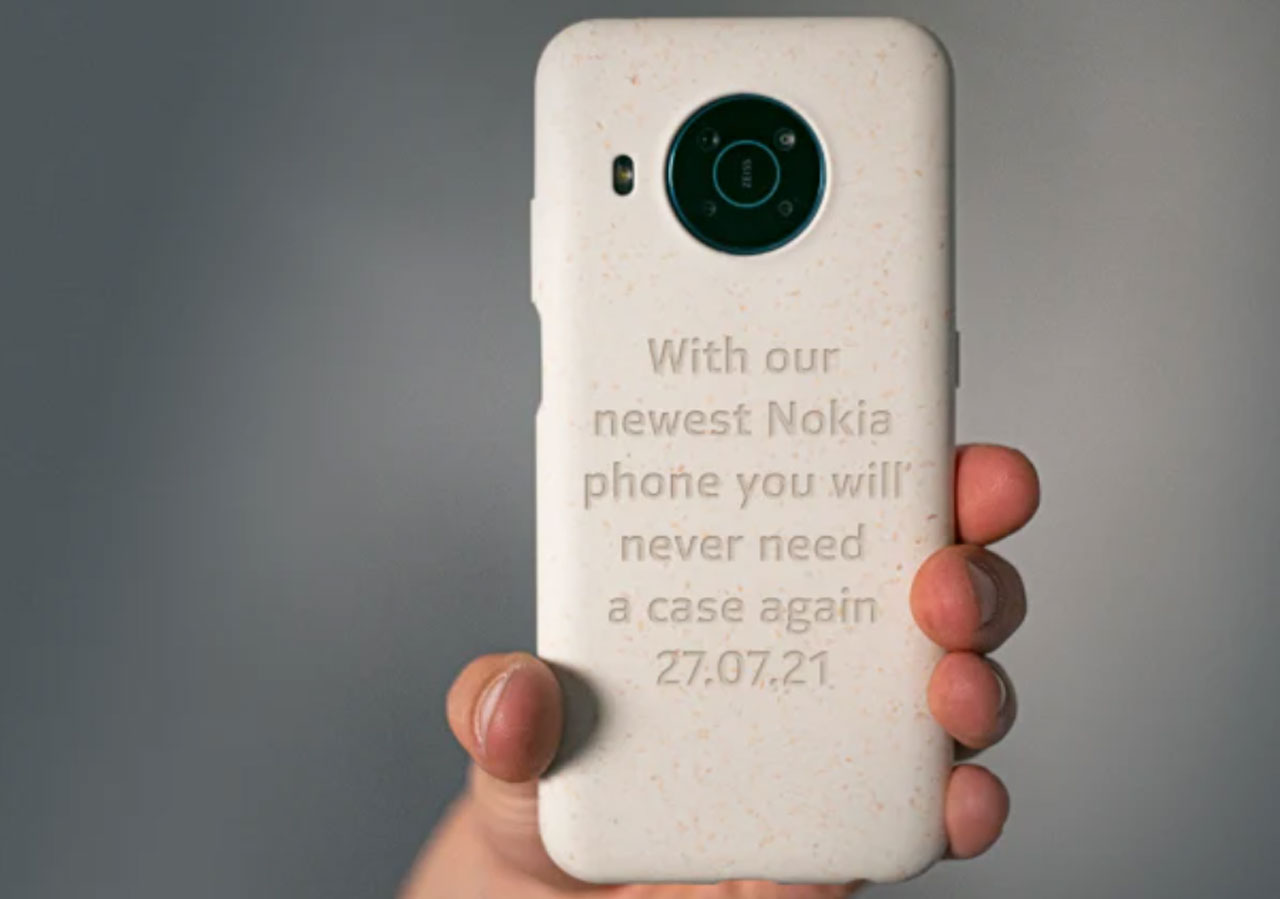 The differences between the images could mean the leaked image of the blue device covered in liquid isn’t accurate. It could also mean that the image shared by Nokia on its forums is of an early prototype that has been changed before launch. Speculation suggests a USB Type-C port for charging and a headphone jack on the bottom of the phone. Speculation suggests a Snapdragon 480 processor, six gigabytes of RAM, 128 gigabytes of integrated storage, and support for LTE speeds, meaning there is no 5G support in the device. We will have to wait until the 27th to know for sure.