It’s time for the greatness of Nokia’s own City Lens technology to be released into the wild, the same powerful beast shown earlier this year at CTIA and more recently on the Lumia 820 and 920 lineup! This software brings the power of Nokia Maps to the virtual universe showing an overlay of places and attractions on your real world view through your device’s camera. City Lens will be available for several Nokia devices for real, in a v1.0 version out of Beta, starting today!

If you use the Nokia Lumia 900, 800, or 710, you’re in luck. These devices will have access to City Lens starting today. All you’ve got to do is follow the following directions to grab it quite quickly! You’ll be using your device’s camera to see a QR-code first and foremost – from there you’ll get the download and you’ll be on your way! Note that you do need an internet connection to grab this download, so make sure data or wifi are on!

1. Press the Search button on your Nokia Lumia and then tap Vision
2. Scan the barcode
3. Tap on the link when it appears on the screen
4. Install the application from the Windows Phone Marketplace 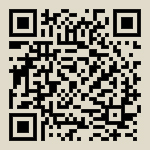 You could also, of course, just go straight to the Windows Phone Marketplace, but that’s not nearly as fun a process! Have a peek at our hands-on with City Lens through the eyes of the Nokia Lumia 920 here, and note that the final version for the 920 and the 820 will vary just a bit from the version you’re seeing for your 900, 800, or 710 today.