The Nokia C6-01 may have been the “low end” device at Nokia World 2010, but that doesn’t mean there’s nothing to recommend it. Packing one of Nokia’s new ClearBlack AMOLED displays and a compact metal chassis, it slots in underneath the businesslike C7 but offers roughly the same specifications. Best balance of pocketability and performance? Check out the full SlashGear review to find out.

Where the Nokia C7 is slim and long, the C6-01 is its short, stumpy cousin. Measuring in at 103.8 x 52.5 x 13.9 mm, it’s only a few millimetres thicker than the C7 but that feeling is emphasized in the hand. Matters aren’t helped by the unbalanced weighting of the handset, the front half of which feels much heavier than the hollow-feeling back. Nokia has used a metal battery cover, which is sturdy and flex-free.

Physical controls include dedicated call and end buttons underneath the display, flanking a central menu button, while on the right-hand edge there are volume, lock and camera controls. No power button on the top; the call-end button doubles as a power control (as well as pulling up the profile menu when tapped at the homescreen). 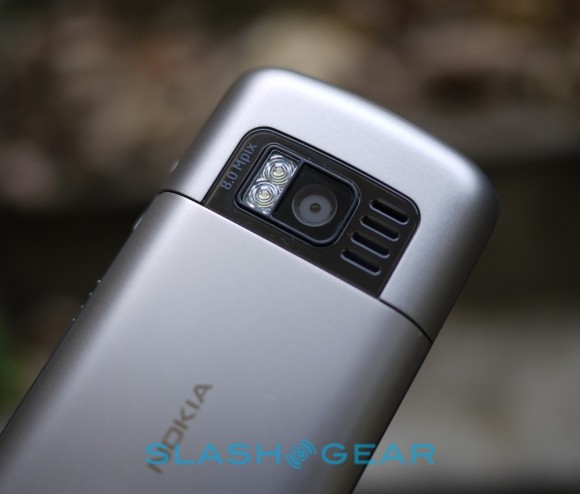 On the back is an 8-megapixel full-focus (i.e. not autofocus) camera with a dual-LED flash, just as you get with the C7. It’s capable of 720p HD video recording as well as stills. There’s also a front-facing VGA-resolution camera for video calls, above the 3.2-inch 640 x 360 ClearBlack AMOLED capacitive touchscreen. This is bright, beautifully color-saturated and crisp; we were impressed by the C7’s display, but side-by-side the C6-01 is even richer, with inky blacks and strong contrast.

Inside, this is another of Nokia’s bountiful wireless handsets, with quadband GSM/EDGE and pentaband HSPA/WCDMA for use on European 3G networks, AT&T and T-Mobile USA, all from the same handset. That’s joined by Bluetooth 3.0, WiFi b/g/n, an FM radio, GPS/A-GPS and USB 2.0; the C6-01 can charge from the microUSB port or from the standard Nokia 2.5mm charger in the retail box. Onboard storage falls well short of the C7 and N8, with only 340MB, but there’s a 2GB microSD in the box and support for up to 32GB cards. The slot itself is accessible without removing the 1050 mAh battery.

The Nokia C6-01 runs Symbian^3, as on the N8 and the C7. We’ve covered Symbian^3 comprehensively in our Nokia N8 review, so we won’t retread old ground unnecessarily here. The OS remains perhaps the most misunderstood on the market today, and despite Nokia’s recent work in taking it from S60 5th Ed. to S^3, is much overdue a significant UI overhaul. That, thankfully, is due to take place in early 2011. 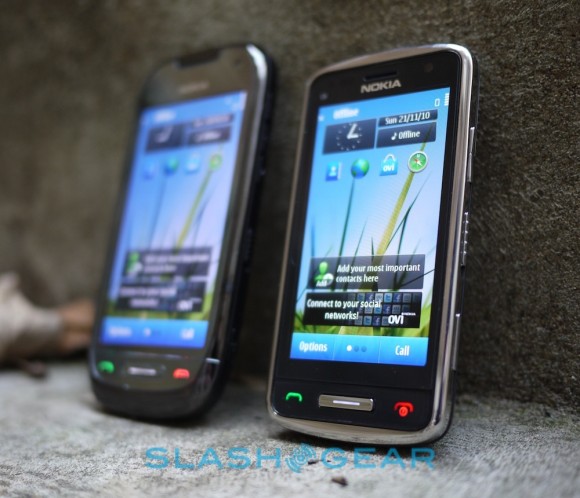 What you get today is a solid if not particularly inspiring smartphone OS, lacking some of the glitz and ease-of-use of rival devices based on Android or iOS. The 3.2-inch display is significantly smaller than that of the C7 or N8, and the end result is that a little extra care is necessary to hit the right icons. Most of Nokia’s top-level iconography is reasonably chunky anyway, but the on-screen keyboard can be tricky and we’re almost willing to overlook the absence of a portrait-orientation QWERTY (which should also be addressed early next year).

Performance is solid from the 680MHz ARM11 processor, and we didn’t experience any particular issues with slow-down or sluggishness. The Nokia browser remains a middling example, and larger pages can lead to jerky navigation. The Opera Mobile browser – available through the Ovi Store – offers a better experience and tabbed browsing, though you do then miss out on Flash Lite 4.0 support. Otherwise, smaller display notwithstanding, the overall software experience is just as on the C7.

Considering the C6-01’s mid-range ambitions, an 8-megapixel camera is a strong addition. As on the C7 it’s quick and straightforward to snap shots, with a single-press camera shortcut and little in the way of lag between pushing the button and the frame being grabbed. Macro shots are the biggest sacrifice, with close-ups often looking blurry, and we missed the N8’s rich color reproduction. Untouched, photos from the C6-01 tend to be somewhat murky and insipid, and lacking in crispness around the edges.

Video is recorded in up to 1280 x 720 resolution at 25fps. The end result has decent color balance but is prone to blurring when panning around, as you can see in the sample clip below. There’s also no easy way to upload footage to YouTube or other sharing sites.

Calling performance is as solid as we’ve come to expect from a Nokia device, and the C6-01 proved clear on both ends of the conversation. The speakerphone is similarly loud, though lacking in refinement if you want to use it for media playback. Battery life, meanwhile, is estimated at up to 720 minutes of GSM talktime or 420 hours of GSM standby. We found the C6-01 could make it through two days with push email turned on and moderate calling, messaging and browser use. It’s worth bearing in mind that heavier Ovi Maps navigation use will take its toll on the battery. 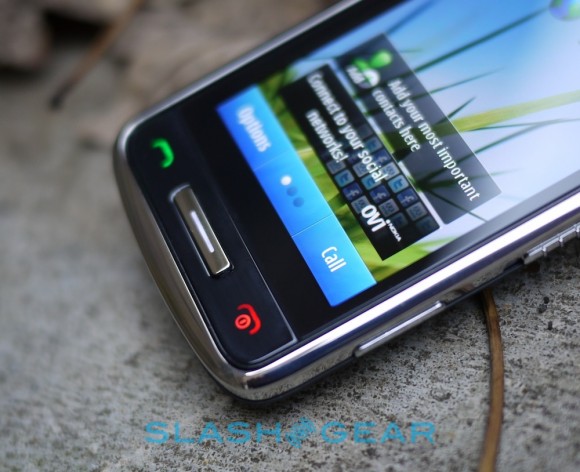 The Nokia C6-01 should overshadow the C7: it’s cheaper, has much the same functionality and, while smaller, a higher-quality display. The software on both is identical, and on paper the cameras are also the same. However, while the slick, sturdy C7 left us more impressed than we’d expected, the C6-01 proved underwhelming in comparison. The poor hand-feel and tubby chassis belie the solid materials, while the smaller screen left us less inclined to use the phone, even though its video playback abilities are strong.

Nokia faces the same hurdles with Symbian^3 on this handset that we covered for the N8 and C7, but the C6-01 also offers less in the way of balancing out the usability compromise. If it were our money, we’d spend a little more and pick the C7; while its display may lack the ClearBlack technology that looks so good on the bigger E7, its more usable size makes for a better everyday smartphone. 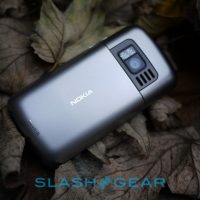 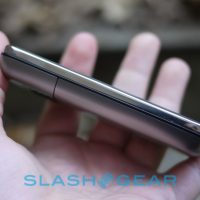 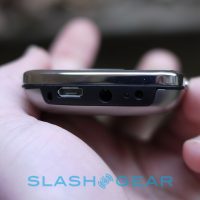 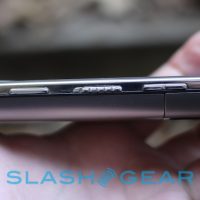 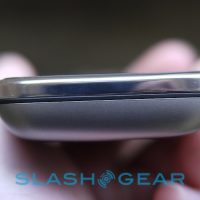 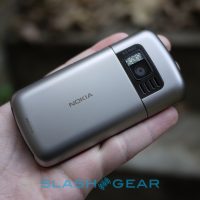 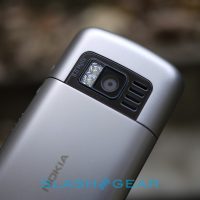 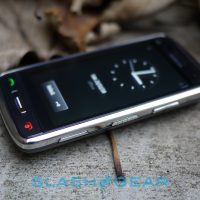 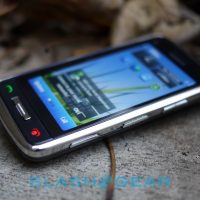 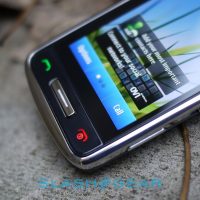 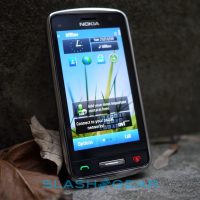 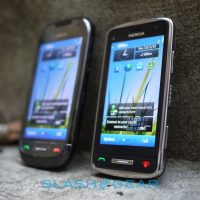 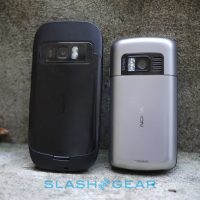 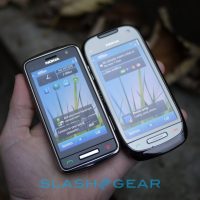 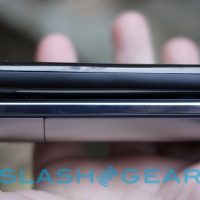 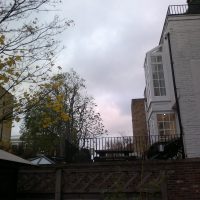 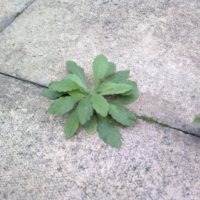 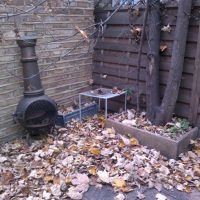 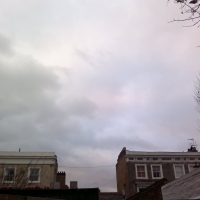