This week the folks at Nokia decided to remove one of the most unique features from its latest high-tech bathroom scale. The feature went by the name Pulse Wave Velocity (PWV), and it was pretty cool while it lasted. Unfortunately, Nokia discovered that PWV “may require a different level of regulatory approval.” Until Nokia gets said approval, they’re removing the feature from all scales, even those already in consumer hands.

For those that get the new update, no other features will be removed from the scale. Nokia said this week that the removal of PWV would not affect any other feature in the scale currently in action. This includes weight accuracy, body composition, heart rate readings, and other features. 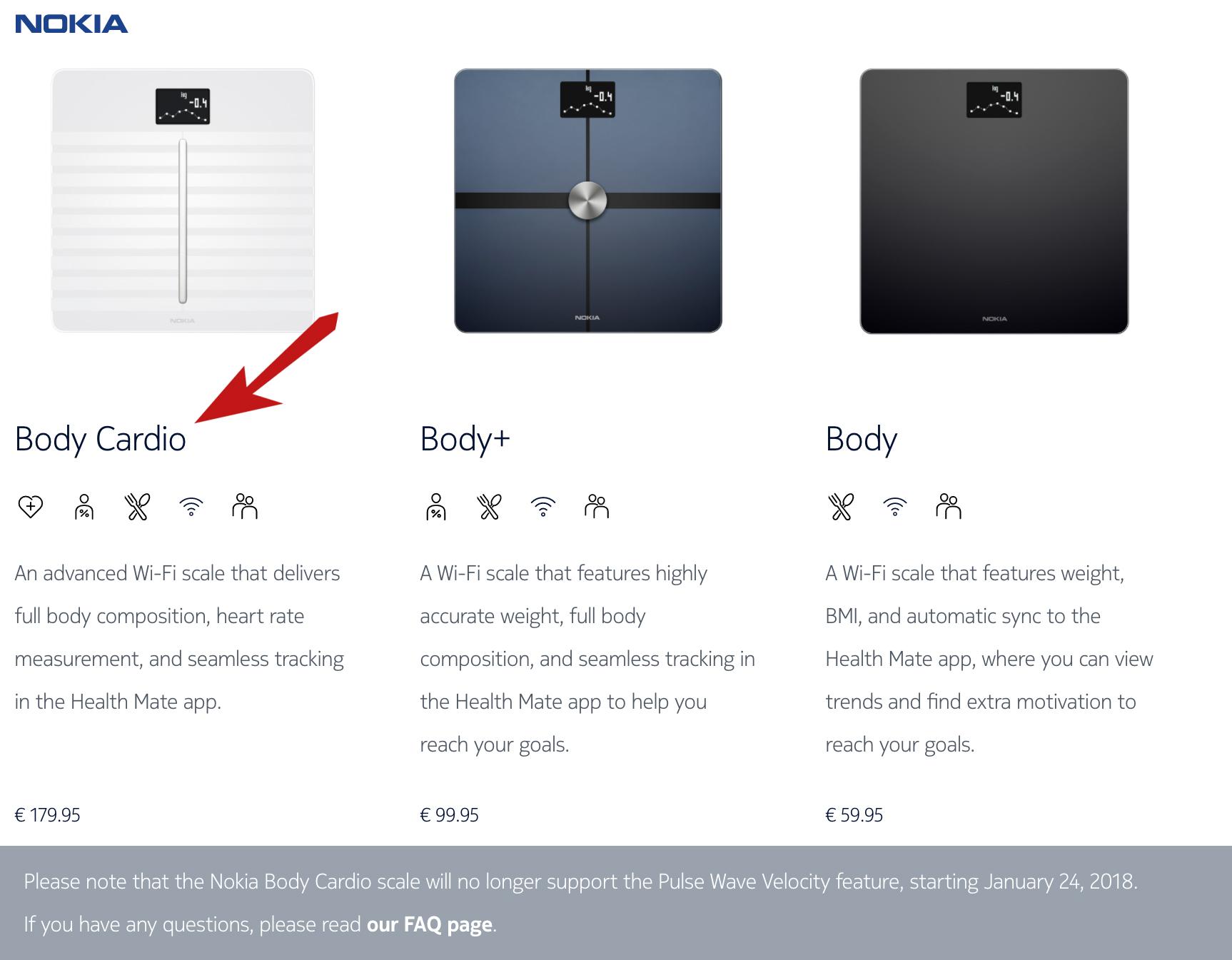 At the time this article is scheduled to go live, the Body Cardio scale is not available for sale from Nokia. We must assume Nokia’s also contacted all affiliate sales sources to temporarily stop sales, too. The scale needs a single, simple software update to make it OK to sell and own without additional regulatory business, so it’ll go on sale again soon.

For those that already used the scale to collect Pulse Wave Velocity data, there’s a process to get the data already collected. First, users will need to head to Health Mate Online, to their Dashboard. They’ll want to look in the upper right-hand side of the page, select the user icon, then select Settings. From there, they’ll want to select their user, and select Download My Data – download as CSV files, and BANG! It’ll all be there to download.