Nokia has revealed its first “Facebook phone”, the Nokia Asha 205, along with a colorful candybar, the Nokia 206, borrowing the Lumia colors for a budget market. The new Asha 205 features a full QWERTY keyboard and a dedicated Facebook button, as well as forty free EA games, while the 206 comes in the same black, cyan, magenta, yellow, and white as Nokia’s Lumia Windows Phone 8 handsets, and offers up to 47 days of standby time. Both the Asha 205 and the 206 are available in single- or dual-SIM versions, each keeping both SIMs active simultaneously, and feature Nokia’s new Slam file-swapping system.

Unsurprisingly, given Nokia is pricing them both at $62 (SIM-free and pre-subsidy), neither phone has 3G nor any particularly complex features. There’s a 1.3-megapixel camera and Bluetooth, with the latter being used for “Slam” – that uses the strength of a Bluetooth connection to automatically select the nearest phone to you for photo, music, or other transfer. It’ll work on the Asha 205 and 206, as well as send to any other S40, Asha, or Android device (the proximity detection is the new part; regular Bluetooth is used for the transfer). However, not Windows Phone at present; Nokia says that will follow on in time. 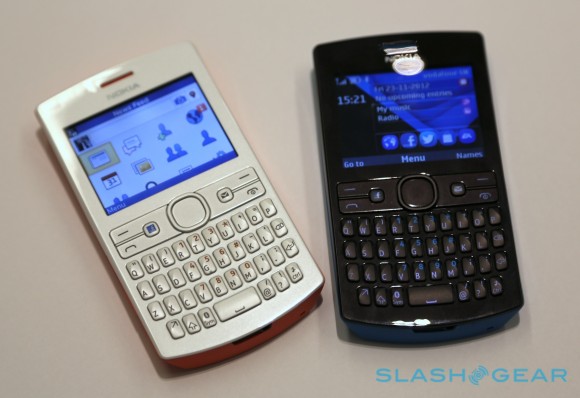 In practice, Slam cuts down on a couple of button presses. Choose to send “via Slam” and have the two devices near each other, and it automatically identifies the other phone; there’s no passcode to punch in, just an accept-transfer dialog on the other device. When we tested it versus the regular Bluetooth transfer, the only real difference was that we needed to pick the right Bluetooth recipient from a list. 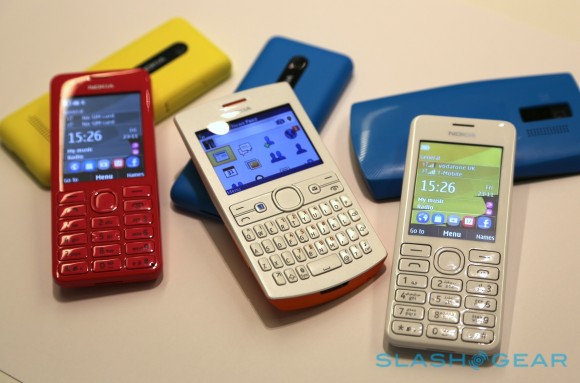 The Asha 205 comes preloaded with the Facebook app, eBuddy Chat, Twitter, email support, and access to the Nokia Store for other titles. It supports up to 37 days or standby (on the single SIM model; up to 25 on the dual SIM) and up to a 32GB microSD card. The Facebook button simply acts as a launcher to the Facebook app – it can’t be remapped to, say, Twitter, and unlike the button on HTC’s Salsa and ChaCha Android handsets, doesn’t automatically trigger a Facebook share of, say, the photo you’re currently viewing. In the hand, it’s light but a little thick, but the keyboard is easily used. 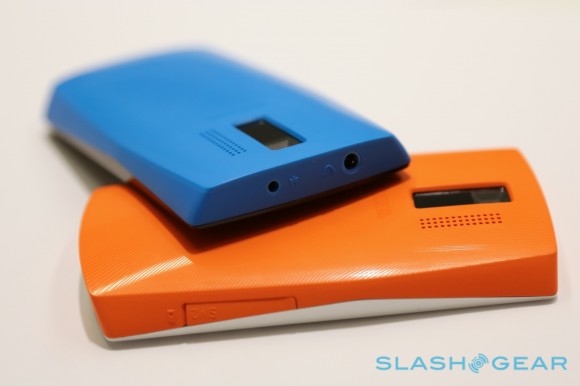 As for the 206, that’s a classic form-factor with a surprisingly effective and modern design. Gloss-finish on the front, and easily-gripped matte on the back, it feels solid despite the $62 price tag, and the buttons are clicky and tactile. Nokia is positioning it as an ideal – and distinctive – phone for emerging markets as well as those users simply looking for a basic talk and text device, particularly those who might prefer a large, clear 2.4-inch display and sizable keypad. 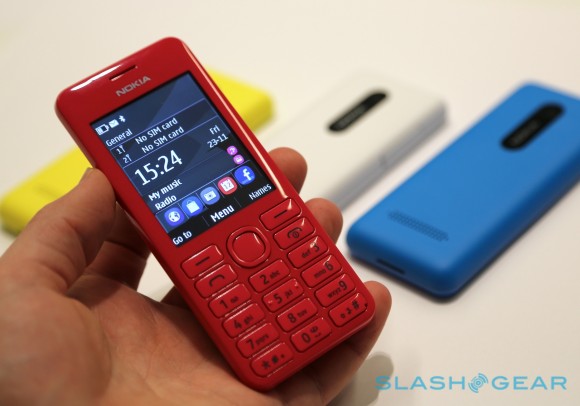 Both the dual-SIM variants of each phone use Nokia’s EasySwap, which keeps both of the SIM cards active at the same time. That’s handy for travel, when you might want your home SIM active for emergency calls, but a local SIM present for cheaper service; alternatively, you can set up each SIM to be active only for voice, data, SMS, or MMS, or a combination of the four, depending on what tariff you have for each line. 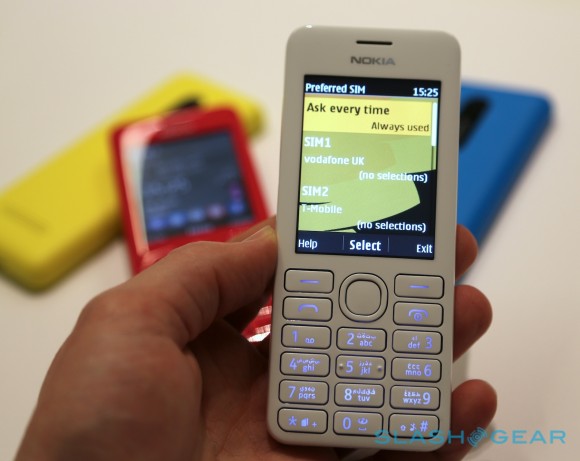 Both the Nokia Asha 205 and the Nokia 206 will begin shipping before the end of the year. 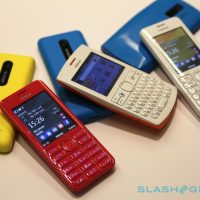 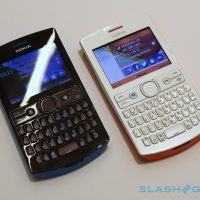 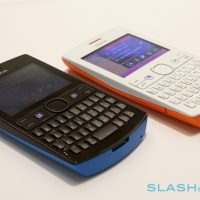 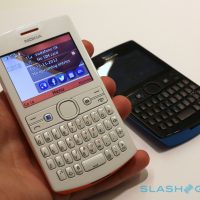 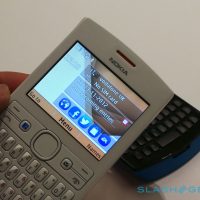 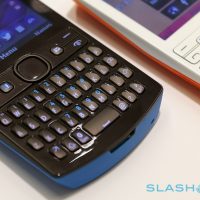 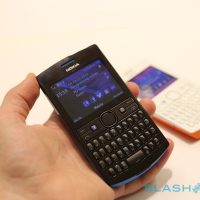 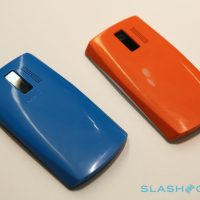 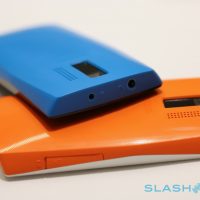 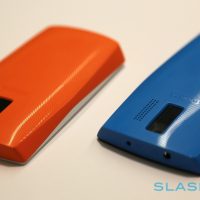 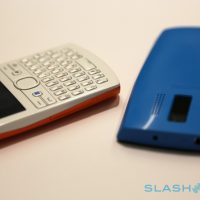 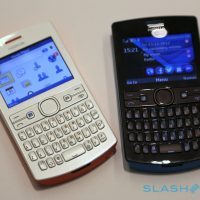 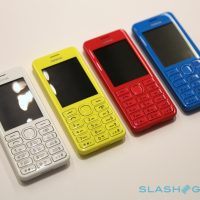 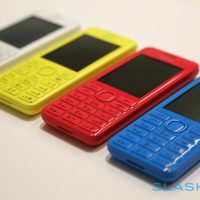 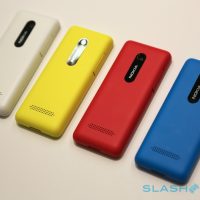 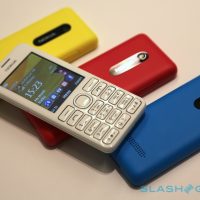 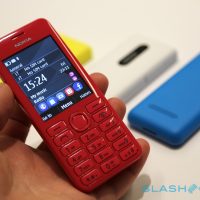 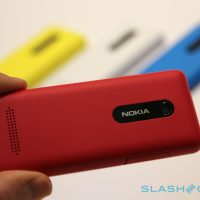 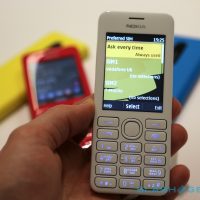 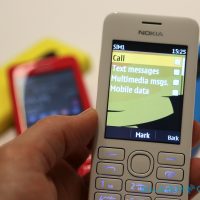 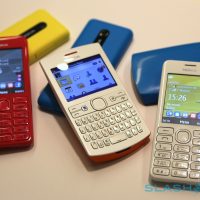 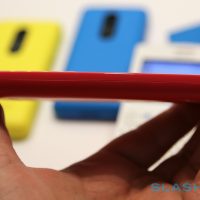 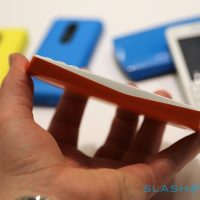