This week the big Windows Phone 8 wave has begun, and Nokia is jumping right aboard at the Windows Phone Summit with a selection of features that will be exclusive to their devices. Nokia devices will, first, have Nokia Music 3.0 – this is an upgrade which brings gig enhancements, mix radio enhancements, and upgrades to its already well-working offline playback. Nokia Counters is another element that will be on Windows Phone 8 Nokia devices, complete with the ability to let users track the data they’re using, their voice minutes, and messaging as well.

Nokia devices with Windows Phone 8 will have a lovely DLNA app for wireless connections called Play To (editors note: much like the enhancements we’ve seen Samsung running this week with the Galaxy S III). Nokia’s next-generation devices will have Camera Extras, these abilities such as Self-Timer, Action Shot, Panorama, and Smart Group Shot. The Smart Group Shot feature specifically will be powered by Scalado technology – using five photos to allow you to choose the best features from each one! 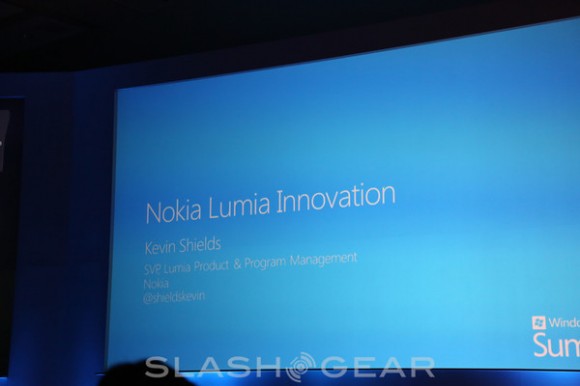 Windows Phone 8 on Nokia devices will of course be working with Nokia Maps, Nokia Transport, and Nokia Drive, as we got to see a few weeks ago at CTIA 2012 in an early iteration: