With Nokia 1, the company’s brought back some features that worked well with Windows Phone devices of yore. Here, though, they’re rolling with Android. The Nokia 1 brings a “familiar design” to the present in what Nokia describes as “our most affordable package yet.” This is an Android GO device, which means it’s a low-end device, but its still slick.

The display on this machine is small and extremely low res. It’s 4.5-inches large diagonally and FWVGA – that’s Full Wide Video Graphics Array, and probably not a resolution you’ve read about for some years. It’s an absolutely shocking 854×480 pixels. Probably the most popular smartphone in the history of the world with this resolution was the original Motorola Droid. We’re going back in time with display res – but we’re going back in time with cost, too.

This device works with a MediaTek MT6737M quad-core 1.1GHz and it has 1GB of LPDDR3 RAM. This device has 8GB internal storage and a microSD card slot that’s able to carry 128GB more. The Nokia 1 has a removable 2150mAh battery and Nokia Xpress-on covers – and it has a potential collection of snap-on accessories, too. 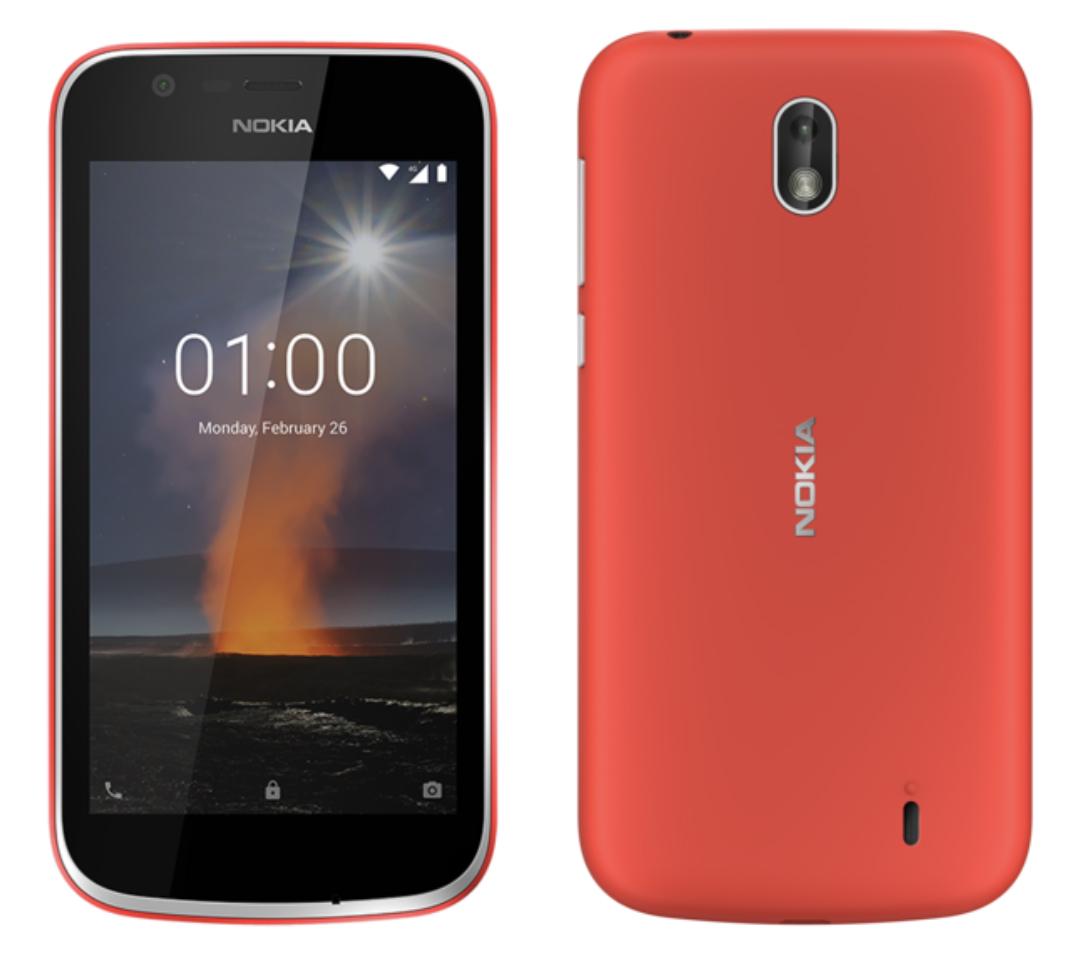 This device has a 5-megapixel camera at its back with LED flash. The front-facing camera on this smartphone is 2-megapixels strong. They probably aren’t the best cameras in the world. But they’ll do just fine.

This smartphone will be released in several regions in several colors – Warm Red and Dark Blue. EMEA, APAC, LATAM, and Australia. In both single-sim and dual-SIM editions. All versions of this device come with a headset, a microUSB charger, a charging/data cable, and a bunch of guides and such. We’ll get to know this device a whole lot better once we get our hands on it. For now, it looks pretty super neat – let’s hope it works as nice at it appears!