No Man’s Sky fans are getting a rather interesting update today. While past updates have focused on things like fleshing out multiplayer and base building, this new update focuses on ships. Specifically, players will now encounter living ships – quite literally organic ships that have new capabilities and limitations when compared to the ships that are already in the game.

The trailer that accompanies this update shows off some ships that look wildly different from what No Man’s Sky players are used to. Hello Games’ patch notes for this update says that these sentient ships will be rare, but you’ll find them “growing in dozens of procedurally-generated variations.”

The ships will also have their own organic technologies, and it sounds like they won’t be compatible with the existing ship technologies. Indeed, a screenshot of the tech screen for one of these ships shows a loadout filled with unfamiliar add-ons, so if nothing else, that’ll be an interesting thing to dive into. 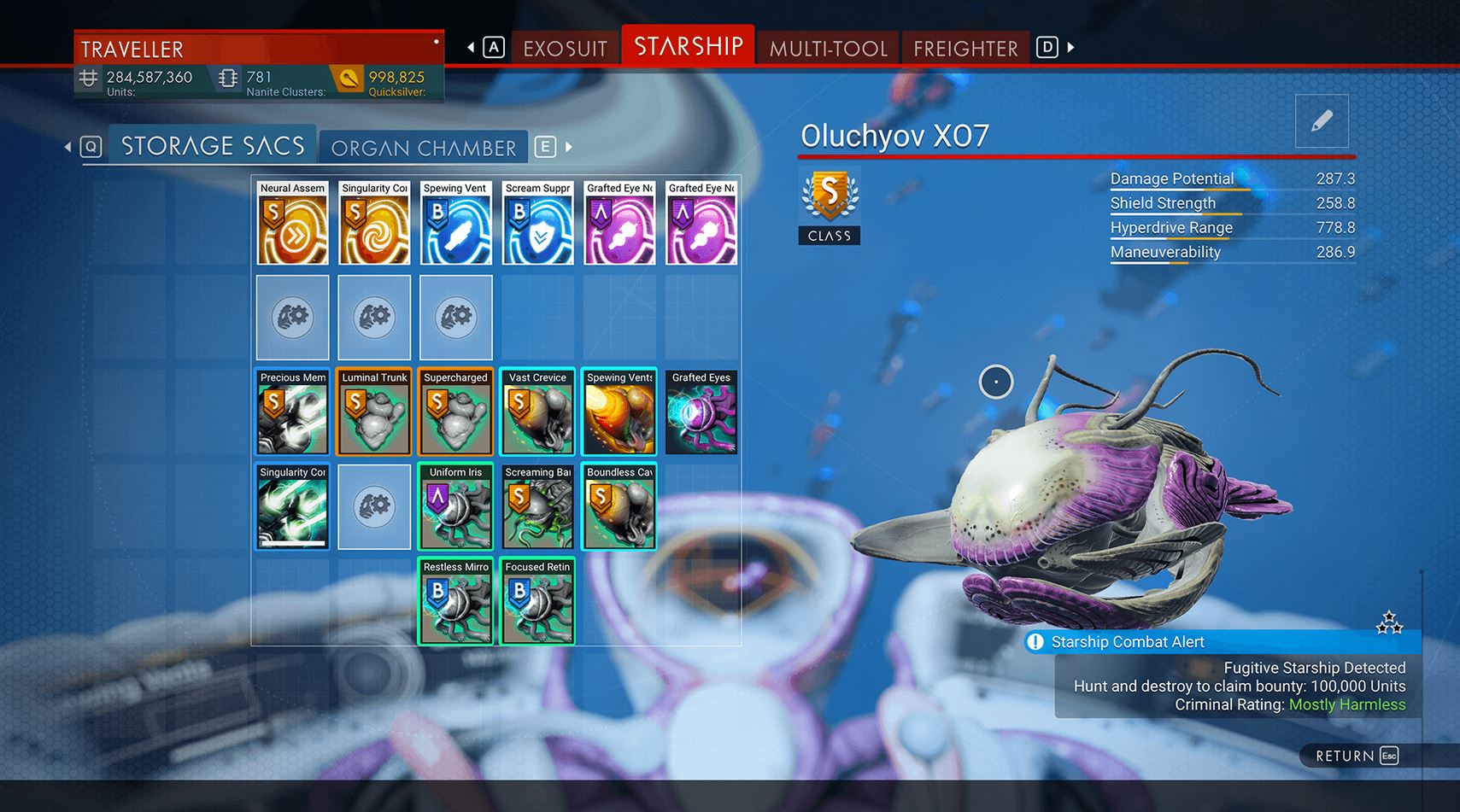 In addition to the ships, players will also be able to progress through an origin story mission called “Starbirth” that will explain how these ships came to be. Add to that new space encounters, new space NPCs that can hail you and offer rare materials, and a few quality of life updates, and this seems like quite the update.

No Man’s Sky players are no strangers to significant updates like this one, but the living ships update is definitely one of the more interesting ones we’ve seen. Be sure to check out the patch notes to read more about bug fixes and optimizations, but otherwise, download the update and try to find one of those living ships for your collection.