Nissan may not be a name you traditionally associate with iPhone 4S cases, but the company’s Scratch Shield model promises self-healing magic to keep your iOS smartphone scrape free. Using the same clever scratch-healing paint as used on Nissan and Infiniti cars, the Nissan Scratch Shield iPhone case can actually repair any blemishes, the gel-like flexible finish changing back to its original form.

Nissan says the average scratch should be “healed” in around an hour, but more serious grazes could take anything up to a week to be fixed. Still, compared to smashing the glass back panel of your iPhone 4S or iPhone 4 – either of which generally aren’t fixed until you throw money or insurance at them – it’s a lot more preferable.

The magic is Nissan’s polyrotaxane-based paint, which is layered over an ABS plastic shell. A side-benefit is that it feels more tactile and grippy than a regular paint finish, which should hopefully help you avoid dropping it in the first place. Nissan has already licensed the paint to NTT DoCoMo, which uses it in some of its Japan-only handsets, while polyrotaxane is also being considered as a potential anti-cancer drug delivery system.

Nissan will be test-driving some prototype Scratch Shield iPhone cases this year, and is considering a commercial launch later in 2012. No word on how pricing might compare to a regular iPhone shell. 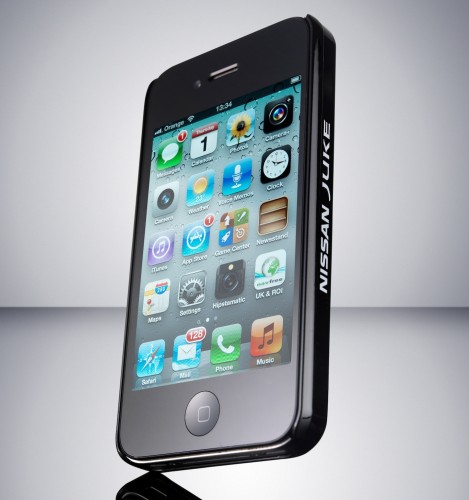