Rear Door Alert uses door sequence logic, the center instrument panel message display, and multiple horn honks to remind the driver to check the rear seat when the vehicle is parked. The main goal of the system is to prevent people from leaving small children in the back of the vehicle unintentionally. Vehicle interior temperatures can soar quickly and can be potentially fatal for children left inside the vehicle. 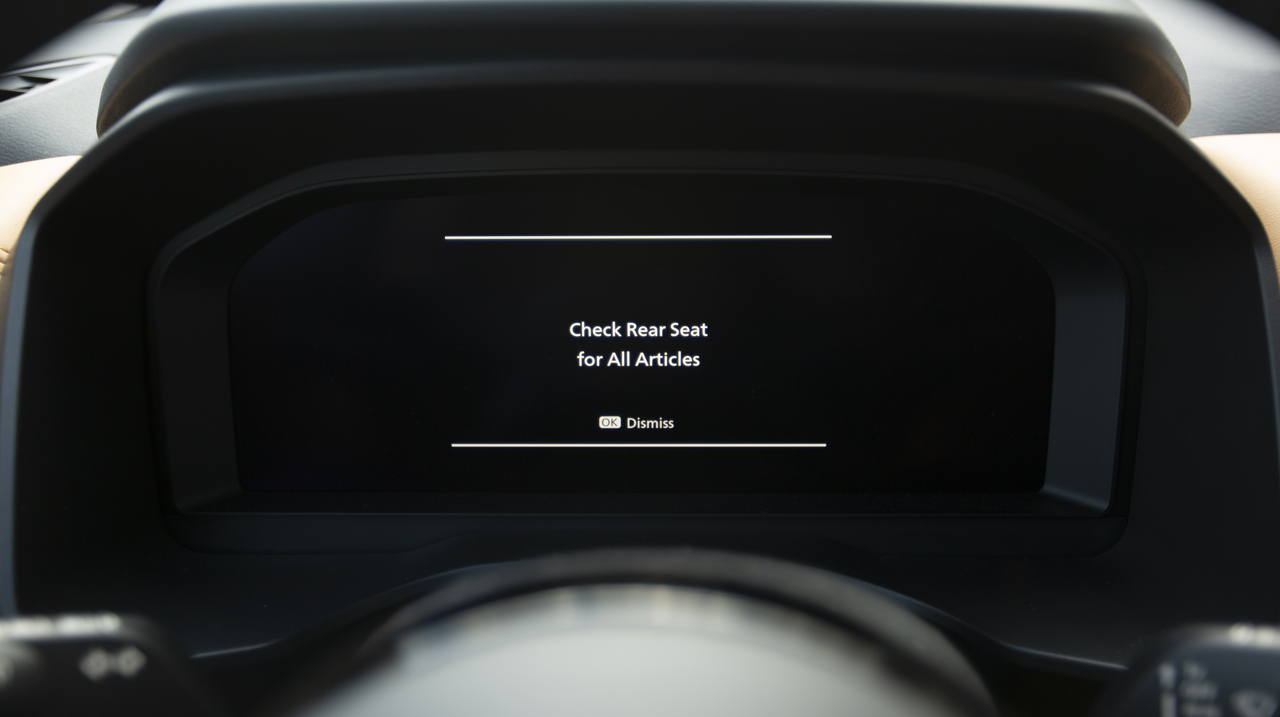 For the 2020 model year, it is standard on the Altima, Armada, Kicks SV and SR, LEAF, Murano, Maxima, Pathfinder, Rogue, Rogue Sport, Sentra, Titan king and crew cab, and Versa SV and SR. Nissan says that it remains committed to bringing the technology to all four-door trucks, sedans, and SUVs.

Nissan joined other automakers in a pledge last year to have a rear seat reminder feature in “essentially all cars and trucks” by model-year 2025 or sooner. The way Nissan’s system works when activated is by monitoring when the rear door opens and closes before and after the vehicle is in motion.

The next time the vehicle is placed in park, the system displays a notification on the instrument panel. If the driver exits the vehicle and doesn’t open the rear door, the system progresses to distinctive chirps of the horn. The system can be temporarily or permanently turned on through menus in the cluster display or a separate switch depending on the model.