Nissan has unveiled a 100 percent electric emergency response vehicle concept called the RE-LEAF. The vehicle is designed to be a mobile power supply following a natural disaster or extreme weather. RE-LEAF is a working prototype based on the Nissan LEAF passenger car.

The passenger car was significantly modified to navigate roads covered in debris with a raised suspension. Weatherproof plug sockets are mounted directly to the vehicle’s exterior, allowing 110 to 230-volt devices to be powered from the car’s high-capacity lithium-ion battery. The idea is that the RE-LEAF could be driven to the center of a disaster zone to provide a fully mobile power supply to aid in the recovery process.

An integrated emergency management system can run medical, communications, lighting, heating, and other life-supporting equipment. When disaster hits, Nissan notes that the time for electricity to be restored is typically 24 to 48 hours depending on the severity of the damage. It says during that time, EVs can provide zero-emission mobile emergency power.

RE-LEAF was created to demonstrate the potential of electric vehicles for use in disaster recovery. The automaker is clear that it’s a working concept, but the technology is being used in the real world. In Japan, the sun has used the LEAF to provide emergency power and transportation following natural disasters since 2011. 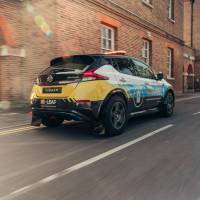 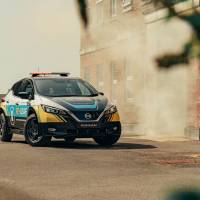 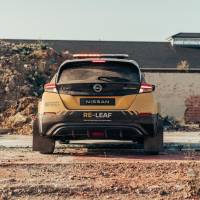 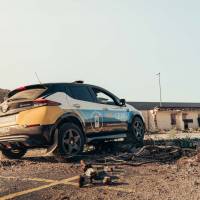 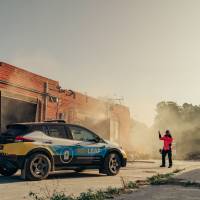 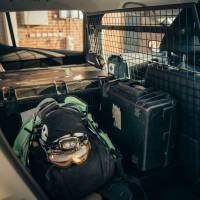 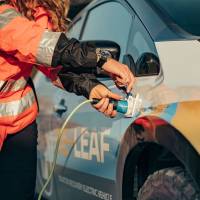 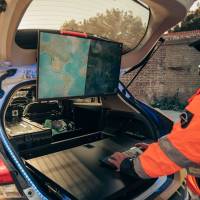 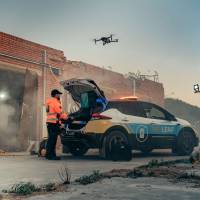 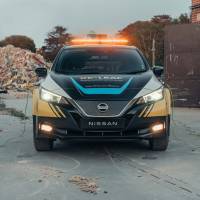 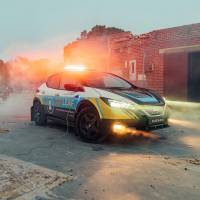 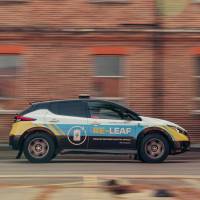 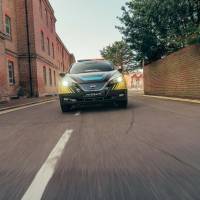 The EV can also act as a mobile storage battery providing homes and societies electricity during non-emergency situations via Nissan Energy Share. The vehicle can both pull power to recharge its high-capacity battery and push power back into the grid using vehicle-to-grid technology. RE-LEAF can power multiple devices simultaneously with its 62 kilowatt-hour battery. That’s enough electricity to power the average European home for six days, according to Nissan.