Nissan might not be your first thought when it comes to footwear, but you might change your mind when you see the automaker’s self-parking slippers. Being shown off at a Japanese inn in Hakone, the unexpectedly smart shoes don’t just sit around idle when they’re not being worn. Instead, they trundle away and tidy themselves up.

Clearly, Nissan isn’t intending to get into the slipper business, self-parking or otherwise. The gimmick – along with robotic tables and floor cushions – is to highlight the autonomous parking technology it’s offering in cars like the new Nissan Leaf. Dubbed ProPILOT Park, it allows the driver to have the car move itself into a free space.

While some way from a fully-autonomous vehicle, though that’s certainly something Nissan is also working on, the system uses much of the same sensor suite and algorithms. It’s one of a handful of semi-autonomous driver assistance aids – including things like adaptive cruise control, lane-keeping assistance, and auto-steer – that’s expected to gradually ease car owners into trusting their vehicles to get them from A to B. 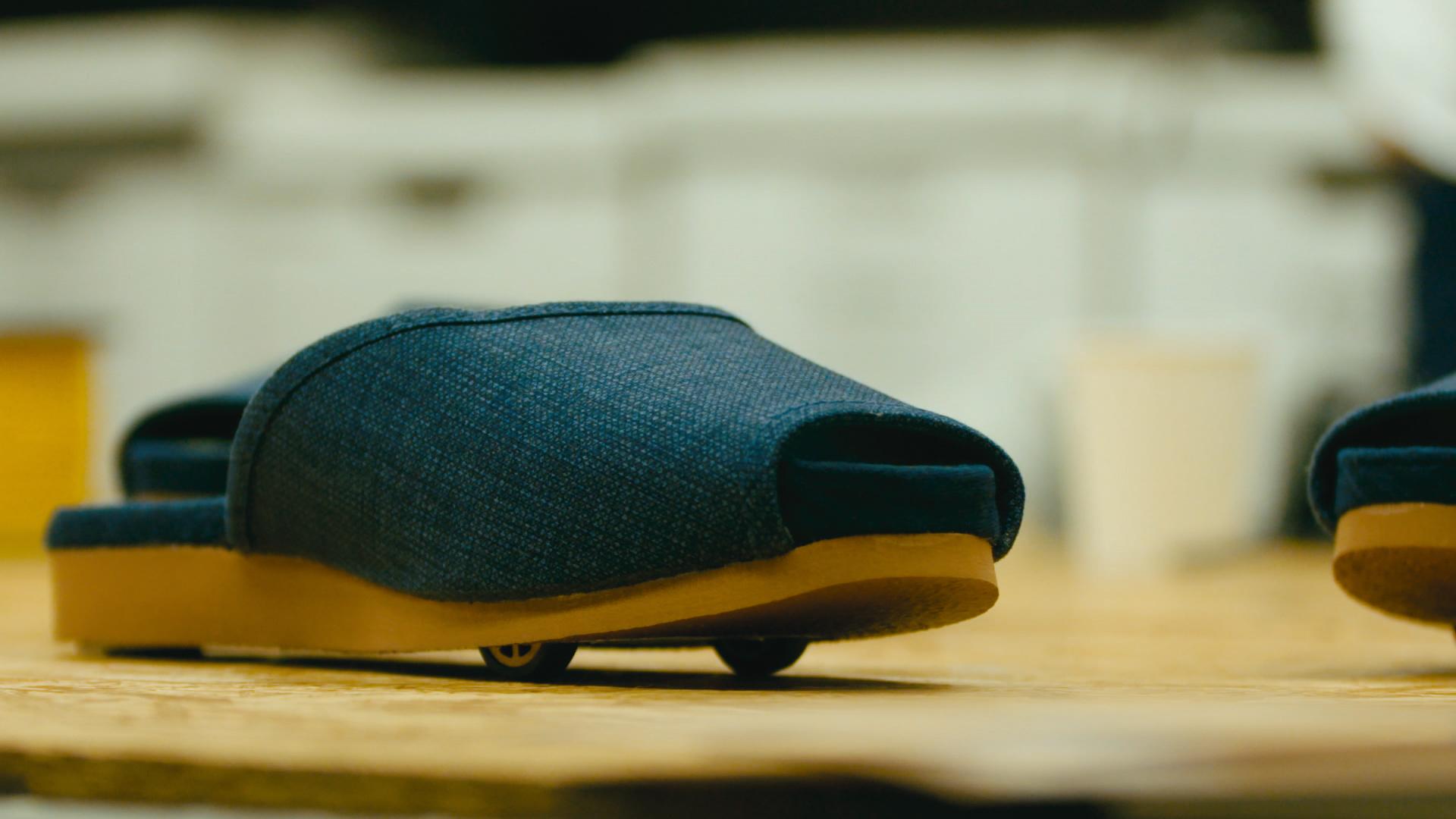 It’s not Nissan’s first attempt to give ordinary objects some unexpected autonomous talents, mind. Back in 2016, the company made an oddly enchanting set of self-driving office chairs, which were able to automatically shuttle back to their respective desks when not occupied. Nissan called them the Intelligent Parking Chair, and used a simple “clap to reset” trigger to send them scurrying.

Arguably more useful, though, is the recent brain monitoring research Nissan has been undertaking. Using a non-invasive wave scanning headset, which can monitor activity within the user’s brain, the automaker says it can gage how relaxed or engaged a driver or passenger is. That – which Nissan has dubbed B2V, or Brain-to-Vehicle – could have significant implications both for performance cars and autonomous ones.

For example, in an autonomous car, tracking how comfortable the passengers are might be used to shape the aggressiveness of the driving experience. If the people inside are feeling nervous, the self-driving vehicle might become more cautious in response. Alternatively, if they seem impatient, the car could drive more purposefully.

In performance vehicles, meanwhile, the same B2V technology could be used to give a sports car’s systems a heads-up that the driver is going to act. By identifying signs that they’re about to turn the wheel, for instance, the car’s driver-assistance technology could begin that process a split-second beforehand. Nissan says that it can shave anything up to half a second off, without the driver themselves realizing the car is stepping in.