Nissan GT-R50 by Italdesign debuts in Europe next month

Nissan and Italdesign have teamed up to create a new prototype car that is very cool called the Nissan GT-R50 by Italdesign. Nissan notes that this is the first ever collaboration between it and the design firm. The special car is based on the 2018 Nissan GT-R NISMO model and will make its official debut next month.

The special tie-up prototype car is to celebrate 50 years of the GT-R and 50 years of Italdesign “shaping the automotive world.” Italdesign developed, engineered, and built the car. It has a distinctive interior that has a shiny gold and black tone exterior. The hood has a more pronounced power bulge with thin LED headlights.

The roofline has been lowered by 54mm and has a lower center section along with raised outer portions. The gold inlay runs from the bottom of the doors to the shoulder line of the car. Other gold touches are added to the trunk lid area of the car.

The round rear taillights are a separate floating element. The rear wing is larger and adjustable with two uprights to complete the look for the car. The wheels are 21×10 front and 21 x 10.5 rear. The exterior color is Liquid Kinetic Gray with Sigma Gold Anniversary accents. Inside the car has a modified interior as well.

It has carbon fiber finishes on the center console, instrument panel, and door linings. The steering wheel is bespoke and lots of Alcantara is used for the seats and other surfaces along with gold accents inside the car. The engine has an estimated 720ps and 780 Nm of torque and is hand assembled and heavily modified. 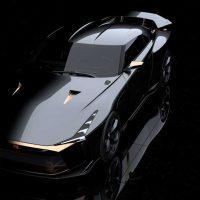 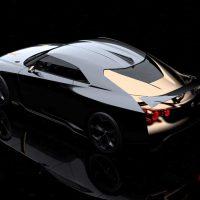 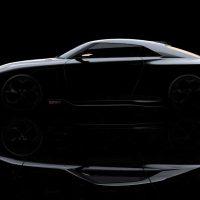 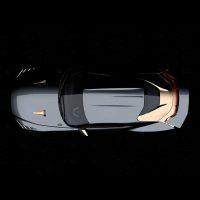 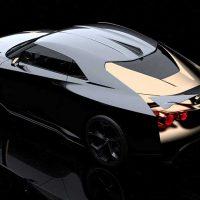 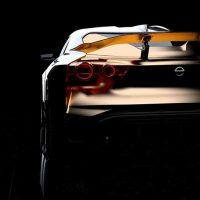 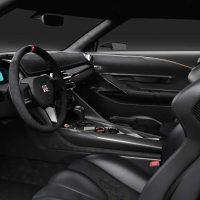 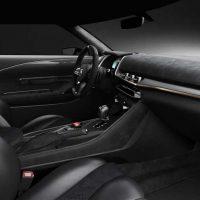