The first production Nissan GT-R 50 by Italdesign has broken cover, and if you thought the striking limited edition sports car would be diluted between 2018 show car and today, think again. Created to mark the 50th anniversary of the GT-R last year, and as a nod to Italdesign’s own 50th in 2018, the resulting car is probably the most extreme GT-R so far.

It’s based on the newest Nissan GT-R NISMO, with Italdesign then giving it a makeover according to what it describes as “a European-style sensibility.” The original prototype wowed crowds in 2018 at various auto shows, and was green-lit for a very limited production run. 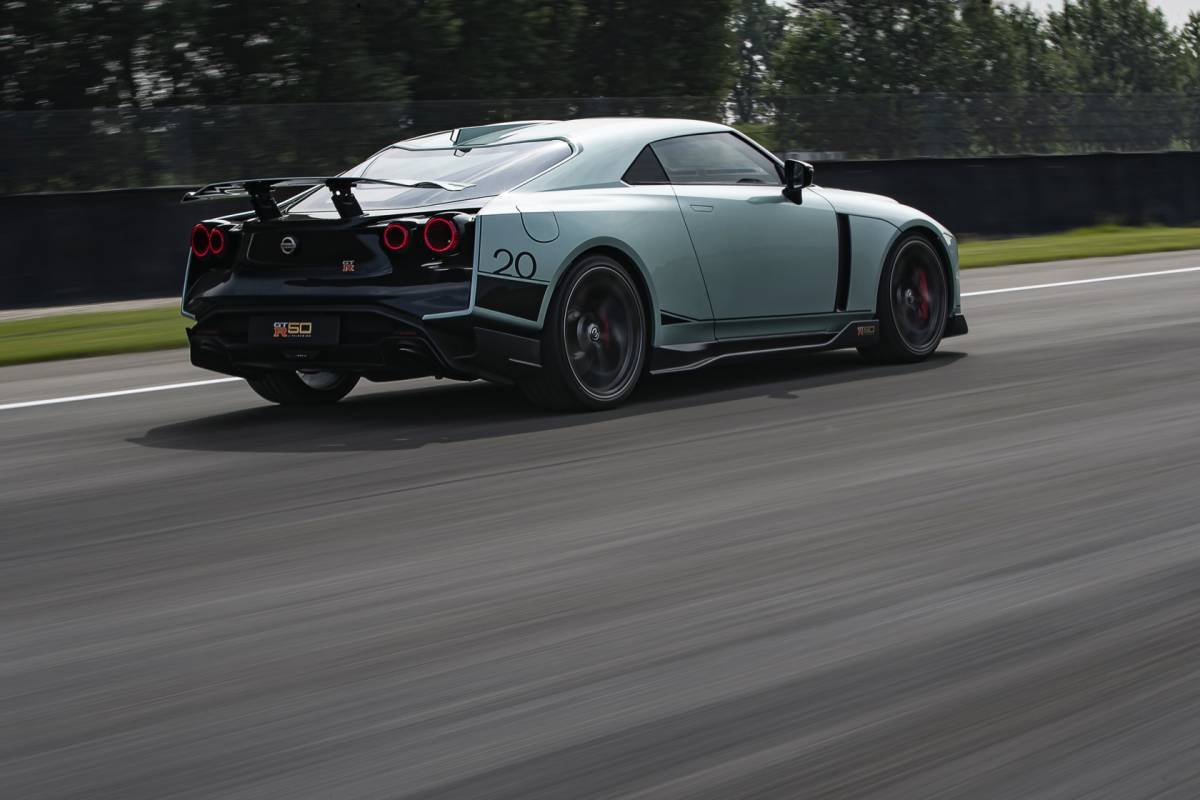 In fact just fifty examples will be produced, Italdesign says. The car you see here is the first production example, and it sticks closely to what we saw from the concept car two years ago. That includes the exaggerated power bulge on the hood and the stretched LED headlamps.

The roofline is lower than on the standard GT-R, and there are new “samurai blade” cooling outlets added behind the front wheels. At the rear, there’s an adjustable wing, and a contrast panel of “Energetic Sigma Gold” to offset the “Liquid Kinetic Gray” primary paint finish.

Inside, think carbon fiber, Alcantara, and leather. It’s more of a departure from the concept than the exterior was, and closer to a regular production GT-R. Still, that means you get a big touchscreen infotainment system and steering wheel controls, which probably make for an easier sports car to live with. 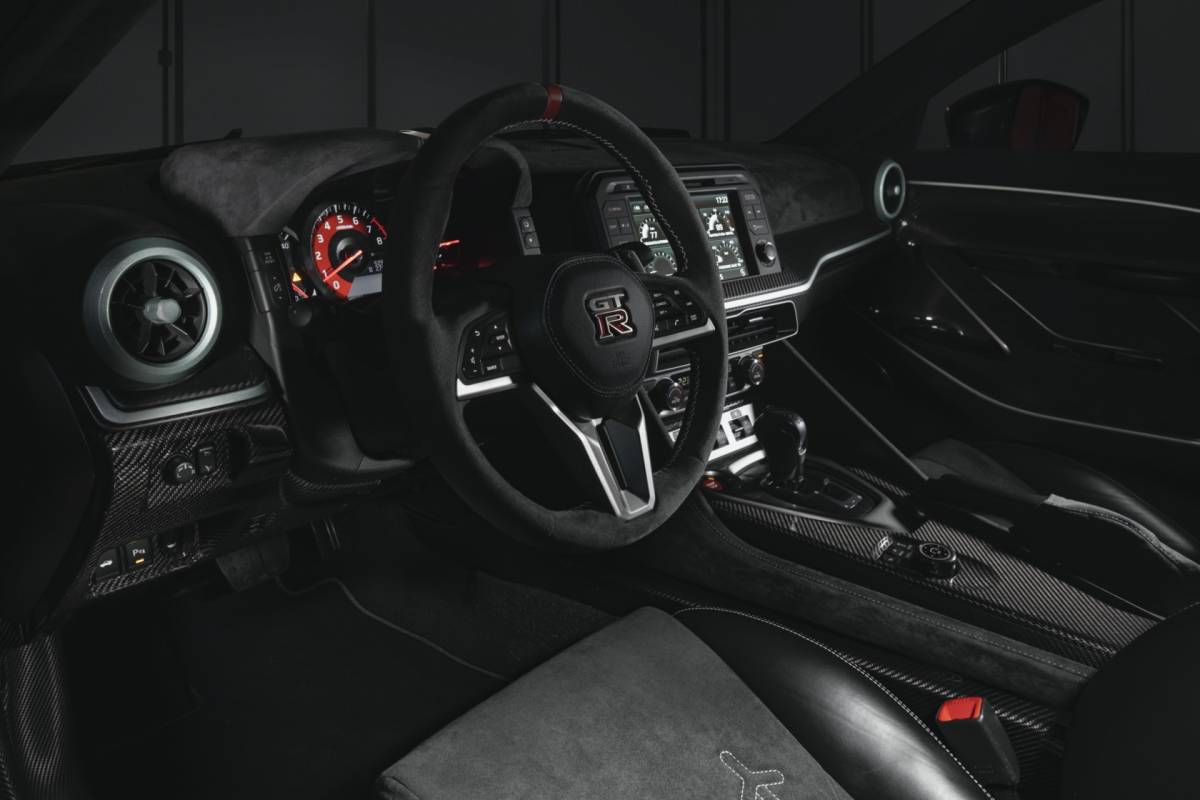 Most important is the engine, of course. It’s a hand-assembled 3.8-liter V6 with twin-turbocharging. Bilstein suspension and a more powerful Brembo braking system have been added, too, to handle the 710 horsepower. Italdesign says to expect around 575 lb-ft of torque. 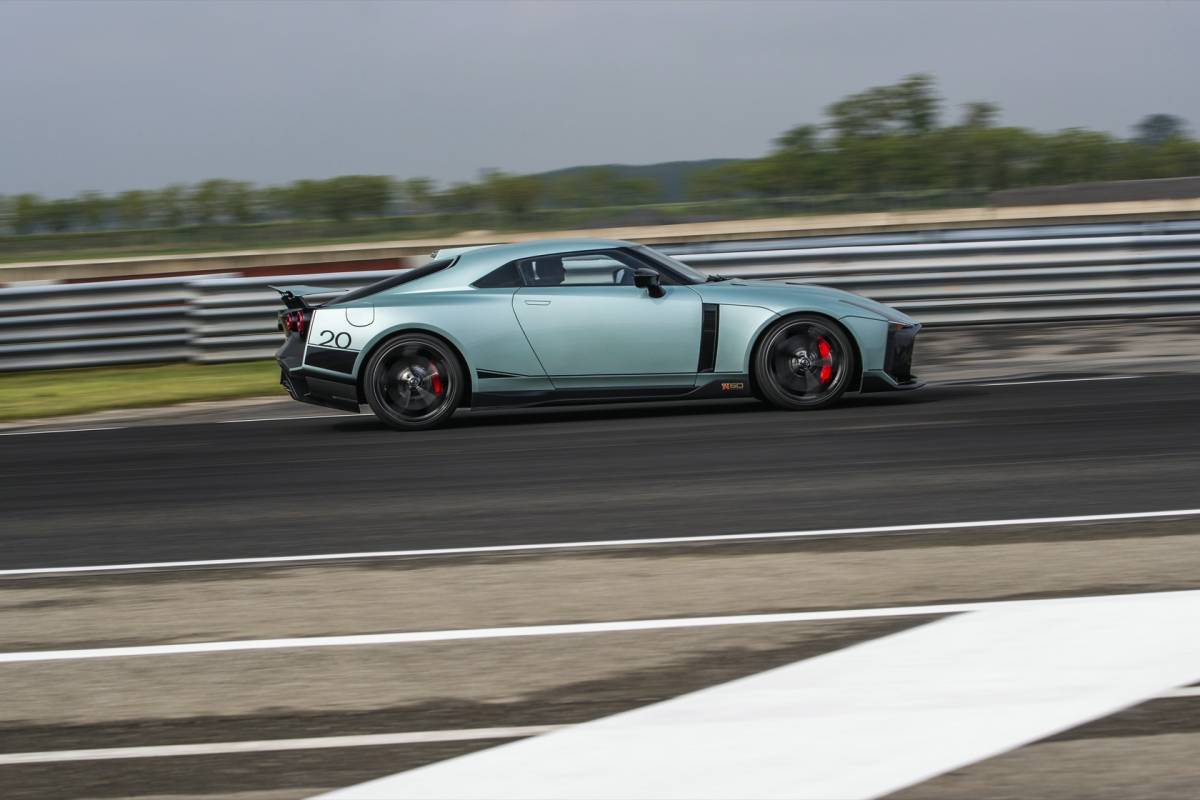 While this first example sticks closely to the finish of the original GT-R 50, that doesn’t mean all fifty of the production cars will. Owners will be able to personalize the coupe to their own tastes, picking from different liveries inspired by iconic GT-R models. “Customer demand for the production version of the car is strong,” Italdesign says, “with a significant number of deposits already taken, and customers across the globe are in the process of selecting personal specifications for their vehicles.” 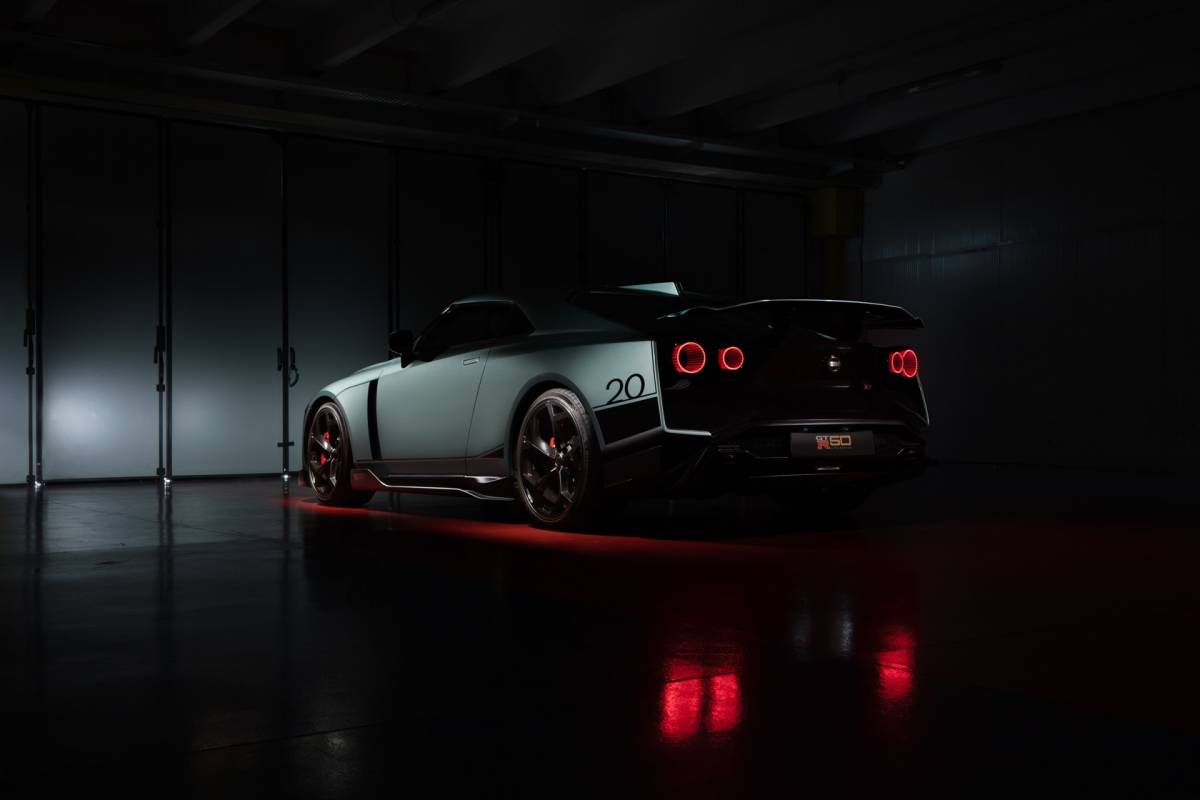 There are still a “limited number” of reservation slots left, however; those whose heads you turn as you drive past will see the car’s individual number on the rear fenders. This won’t, however, be a cheap way to stand out. Each of the GT-R 50 cars will be $1.1 million, a not-inconsiderable premium over the standard GT-R Nismo which starts at just over $210k. 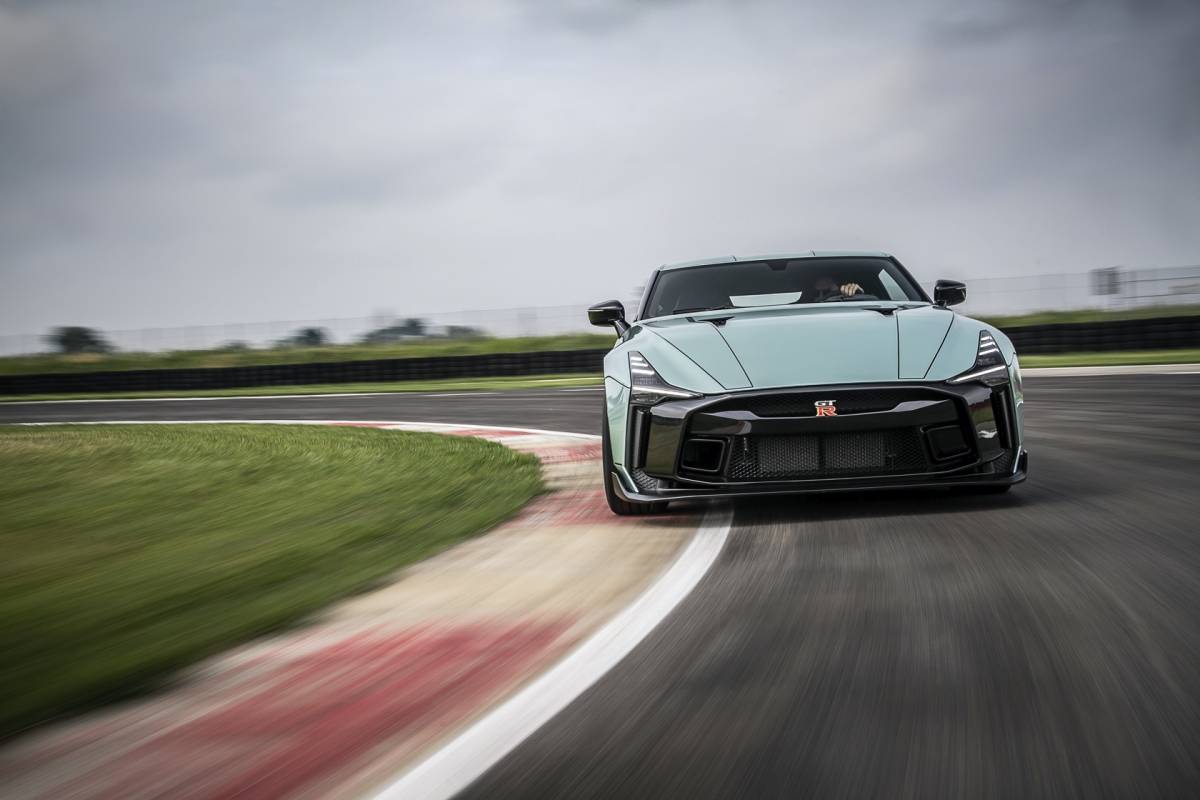 Static and dynamic testing is almost completed, with the GT-R 50 headed out to the Tazio Nuvolari circuit in Italy for some celebratory laps. The first customer handovers for these Italdesign versions will be in late 2020 and early 2021, the company says.