And, in proper Nintendo fashion, they’ve managed to make sure that you’ve got some options at your disposal. The Controller Pro comes in white or black shades, and it is available right now from Amazon. The Pro version of the controller features four shoulder buttons for easy access, and the controller is ergonomically designed for a better, more comfortable grip while playing. 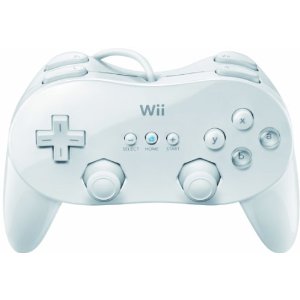 Best of all though, the Controller Pro is compatible with more than 460 Wii, WiiWare, and Virtual Console titles, so this would definitely be a great addition to your Wii’s arsenal. You can also pick up the Controller Pro with a limited edition bundle of Monster Hunter Tri, if that’s your thing. The price of the bundle is $59.99 and it can only be found on Amazon as of now. The price for the Wii Classic Controller Pro by itself is $19.99.