Nintendo takes Switch and 3DS on the road this summer

If you still need to be sold on the Nintendo Switch, then you might like to know that Nintendo will be taking it on tour this summer. On June 9, Nintendo will kick off its Summer of Play tour, taking the Switch and the 3DS to a number of different cities around the US and giving players the chance to get some hands-on time with them. The roster of games that will be on display is packed with a bunch of hits for both consoles, including Zelda, Mario Kart, and Pokemon.

Nintendo did something similar ahead of the Switch’s launch, but there are a few main differences with this tour. The first – and most obvious – is that this tour will be dedicated to Nintendo’s entire hardware lineup, not just the Switch on its own. Nintendo will also be visiting quite a few more cities this time around, which is good news for anyone who missed out on their chance to see the Switch during its first tour. 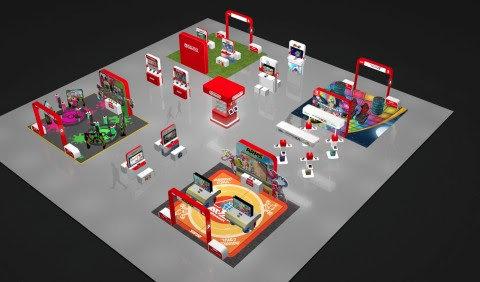 The tour kicks off on June 9 in Irvine, California. It will run through most of the summer, wrapping up in Baltimore at the beginning of September. Here’s the full list of stops on the Summer of Play tour:

Perhaps unsurprisingly, there will be more Nintendo Switch games on display than 3DS games. That isn’t really a shocker, as the 3DS has proven to be an excellent seller for Nintendo, while the Switch still needs to prove itself despite its stellar start. Still, there will be a healthy sample of games for both systems to play, so check out the full list below:

Nintendo Switch games scheduled to appear on the tour include:

Nintendo 3DS games scheduled to appear on the tour include:

There are certainly some high-profile titles in there, but there are some new games as well, including ARMS and Splatoon 2 on the Switch and Hey! PIKMIN and Miitopia for the 3DS. Nintendo says in its announcement that this won’t be all about playing games, though. At these events, there will be photo ops with Nintendo characters like Mario and the Inklings from Splatoon.

On top of that, those who pre-order a Nintendo game at participating GameStops near these tour locations will be able to get a free PopSocket grip for their phones. The free goodies don’t stop there, as those who check into the event with their My Nintendo QR code will be able to snag a free gift upon entry. It sounds like a pretty good time, especially if you haven’t played the Switch yet, so are you going to stop by?